Scenes from the Streets of Chinatown Singapore 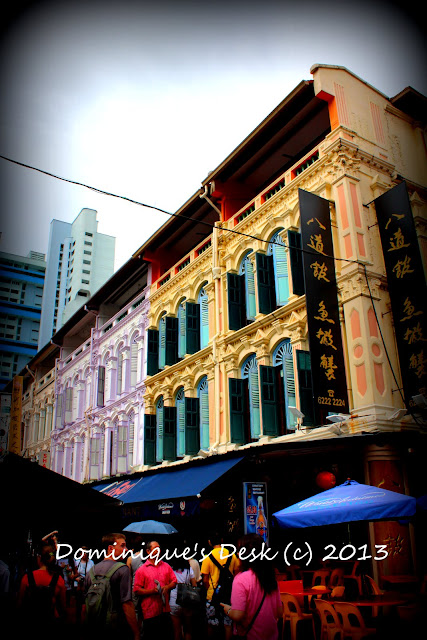 The past few weekend we have been heading down to Chinatown for Dim Sum these past weeks after the boys swim class. It has been a while since we headed down to Chinatown for a meal. We usually settle our craving for Dim Sum at the Old Hong Kong restaurant in Marine parade. Unfortunately since the end of last year the standard of food there has deteriorated tremendously and we had to search for a new place to patronize.

The Yum Cha restauarant  at  Chinatown is one of the few places that offered Dim Sum for breakfast. Many of the Chinese restaurants only open after 11am and  cater only to  the lunch and dinner crowd. 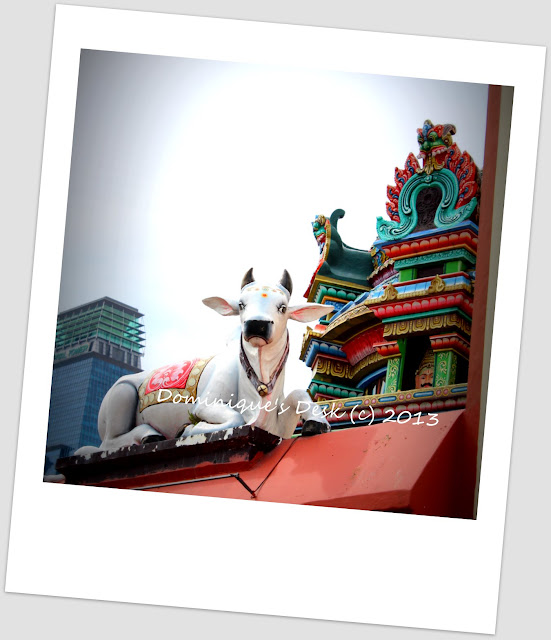 A statue at the Indian Temple

After our breakfast we took a walk around Chinatown to take a look at the architecture of the area. I didn’t manage to get many snapshots as it was a real challenge trying to aim with the DSLR while carrying Tiger girl in the other hand. In the end after two shots I gave up and placed the camera back in the box instead.   It is really no joke trying to balance an active 13kg toddler with one hand while positing the camera with the other.  Hopefully the next time we go to Chinatown Tiger girl will be more cooperative and let R carry her instead.

What have you been snapping lately?

10 Greatest Smells which I like Writer’s Workshop: WeiQi Anyone?