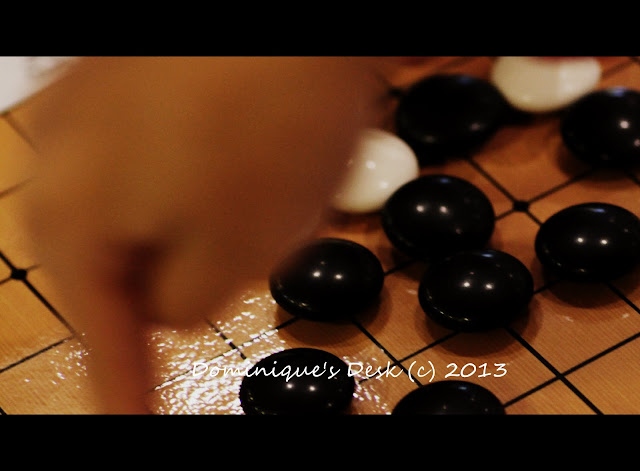 Wei Qi on a board

When I was in school I never had the chance to learn this game of GO (Wei Qi). This game is more then a normal game of  black and white seeds which covered a checkered board.  I never learnt this game when I was in school. It would be great as I would could have picked up 6 skills just from this game.

It is a game which teaches the following.

During the weekend the boys chanced upon a WeiQi workshop while we were at the library. We signed them up on the spot for them to attend when we heard there were still some slots available as some registered participants did not turn up. 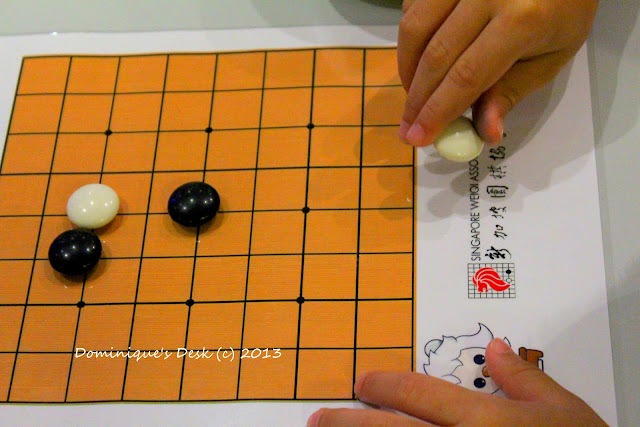 Starting off the game

We were given a brief introduction to the history of the game. It originated 4000 years ago from China but was made popular by the Japanese. This day the Koreans are the masters of this game and they even have a degree for it at one of their universities. 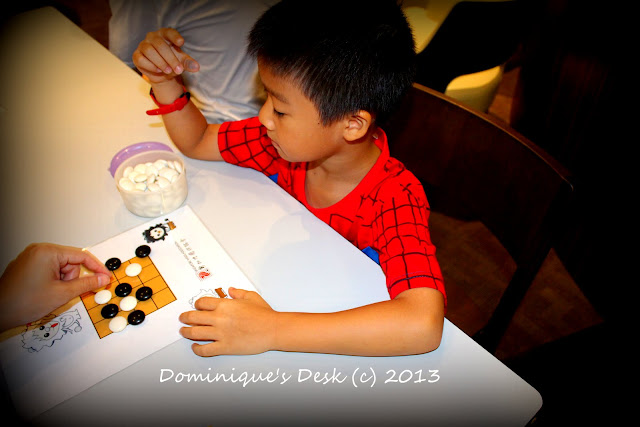 Deliberating where to put his piece

It was the first time that the boys are being introduced to the game and couldn’t wait to get started playing it.  It wasn’t as simple as it seems and it took some time for them to get to know the basics of how to execute the game. 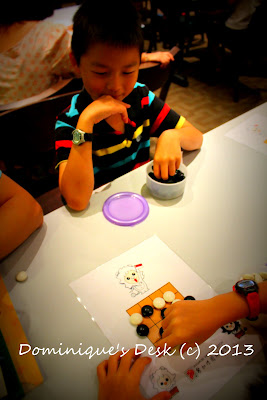 Monkey boy thinking where to put his seed next.

Doggie boy got rather exasperated as he kept losing the game to the elder brother. After some time he called it quits as he couldn’t figure out how to “overpower” his brother in the game. I too found it frustrating as R was paired up with Monkey boy and he does have some prior experience playing the game as compared to Doggie boy and me.

We decided that it was a good introduction that they had to this strategy game and we will certainly purchase a set for them to try out again at home as a family.

Have your kids learned any new games lately?

What are they currently playing?