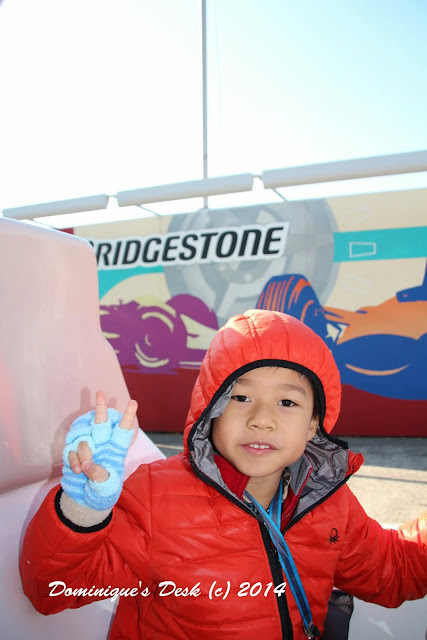 In Part 1 of this post I outlined the difficulties that Doggie boy had in learning.  Focusing on using his Auditory learning skills wasn’t really working well so I needed to change my tact with him.   As Doggie boy isn’t able to absorb a lot of information at one sitting I have to break it down into parts for him. A longer time frame is needed  for the same amount of information to be taught.

Here is how I go about teaching him a complex  subject/topic by breaking it up into a different parts ( depending on the length and complexity of the topic involved). 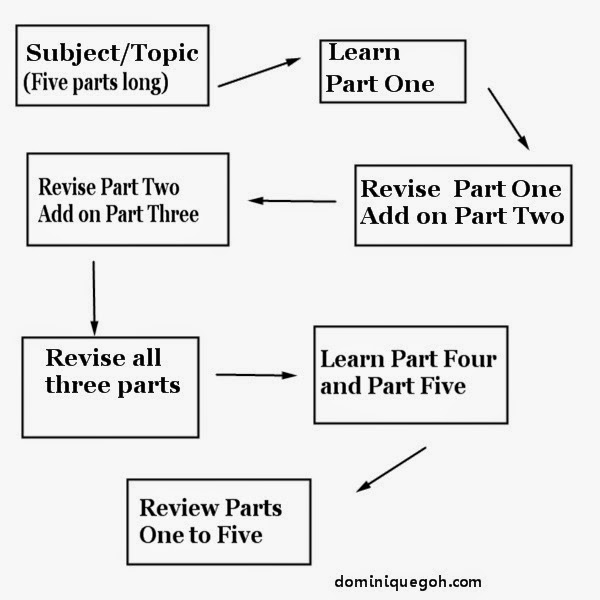 Constant revision and learning in chunks  seems to be working better for him as he can recall the information that was thought to him longer. He is also more able to apply  what he has learned in different “test” situations.

To let Doggie boy have fun learning his times table I installed some Multiplication Apps on my iPad like Maths Evolve,  Sushi Monster for him to try out. 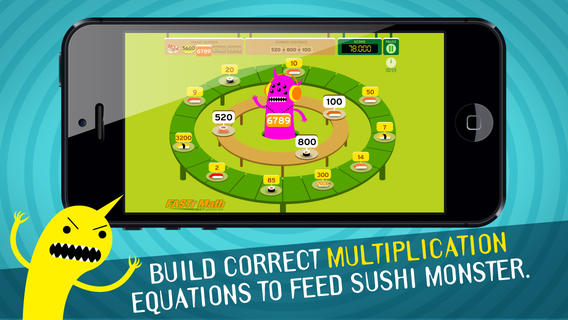 Playing these games help him practice his multiplication tables and make him count faster while having fun.  It makes learning less intimidating for him .  Doggie boy was not able to get every question correct on the first few tries however his speed and accuracy  in solving multiplication questions has certainly improved since using this new method of learning.He is less frustrated and now even looks forward to study time with me when he comes back from school.

Using this new method of teaching him  has certainly improved his confidence level in learning new things and his marks in school has improved as a result.

In the next post in this series I will be opening up to you the challenges that I currently face with my youngest – Tiger girl.