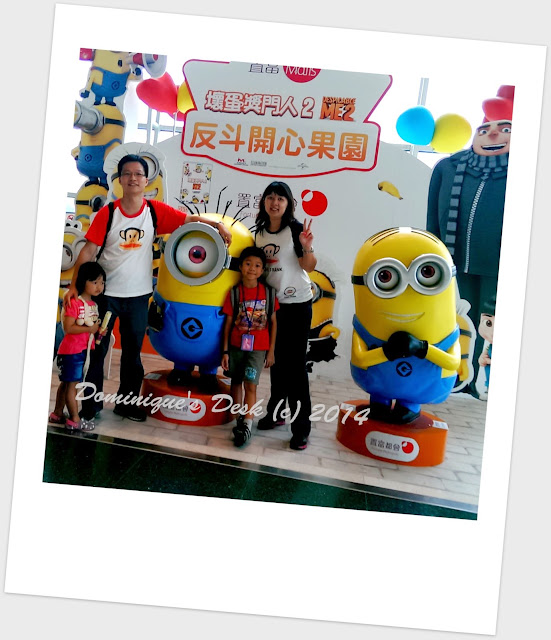 A shot with the ever lovable Minions

The  weather was scorching hot when were  in Hong Kong last month. To  keep away from the sun we did a  mixture of indoor and outdoor activities with the kids. 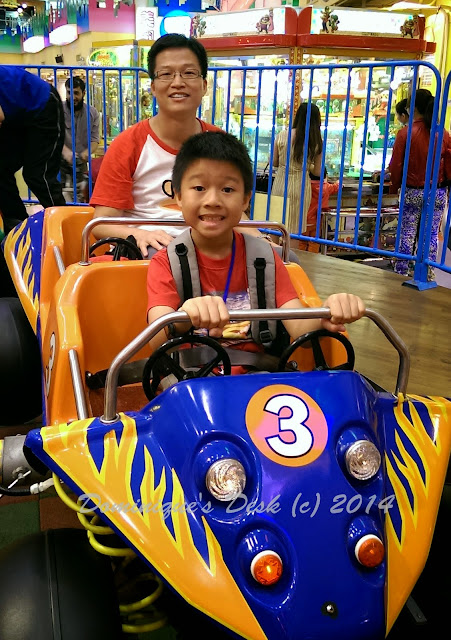 Doggie boy and R going on one of the kiddy rides

One of the places which the kids really enjoyed was the arcade.  The arcades there were slightly different from the ones that we have been in Singapore. There were   a few mini amusement park rides which both parents and kids could go on together. 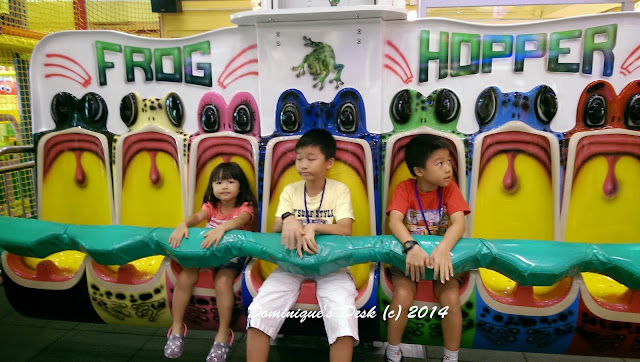 The kids on the Frog Hopper

In Singapore there were only game machines and no rides available . We can only go on such rides if there was a pasar malam (night market) being put up  in the area. Even so I question the safety aspect of such rides which are available for the kids to play at these temporary  night markets and will not let the kids go on them.

The boys found the ride not really thrilling as they have experienced more exciting rides at the various theme parks that they visited in Japan,  Korea and Thailand. Tiger girl on the other hand was fascinated and really enjoyed herself. 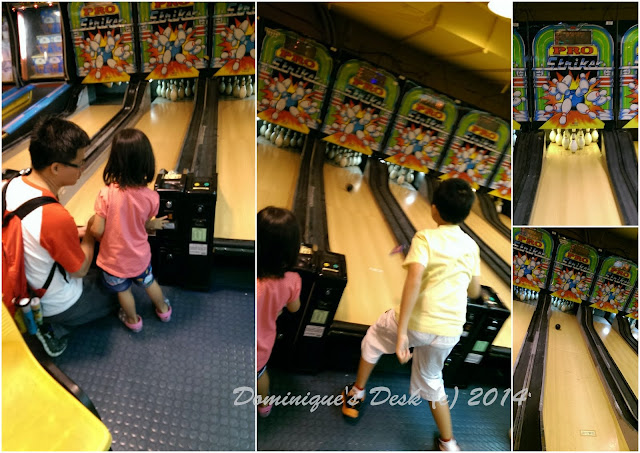 It was the first time that she was able to play bowling as the had mini bowling lane for kids.  The bowling ball was just nice for her hand and she was able to bowl with ease.

The kids and us spent a whole two and a half hours using up the  HKD $100 credit that we  allocated for them to play.

Do your kids love to go to the arcade too?