Chugging On and Having Fun 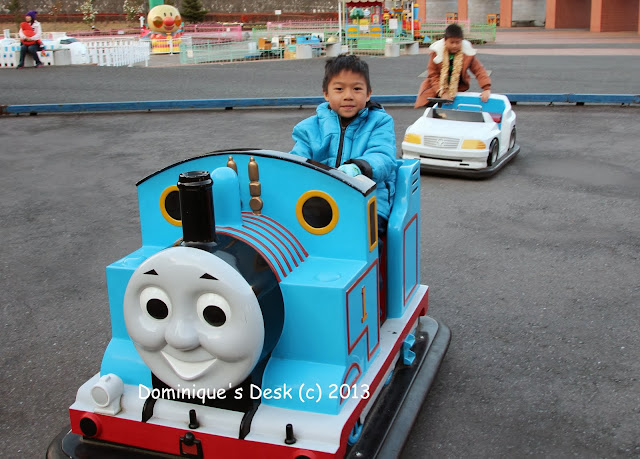 Last week we brought the boys to  Poppo Town to view the various steam engines that they had on display. They had fun riding on Thomas the train and other kiddy rides which were there.  We were there near to closing time so it was quite empty and we didn’t need to queue for any of the rides. 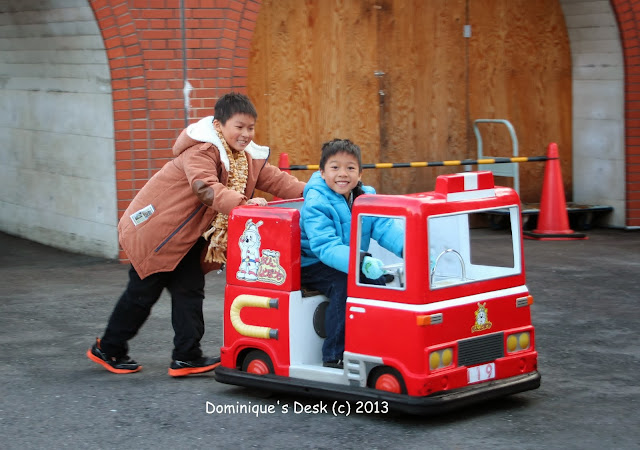 Monkey boy pushing the Fire engine Doggie boy was in

The rides were not that cheap at 100 yen/200 yen per ride. Each ride only lasted the most 5-10 minutes and was insufficient to satisfy the boys need for play. As the rides were on wheels they realized that they  needed rely on electrical power to move their vehicle but manual horsepower instead. Both boys took turn pushing each other in the different bumper cars which were there. 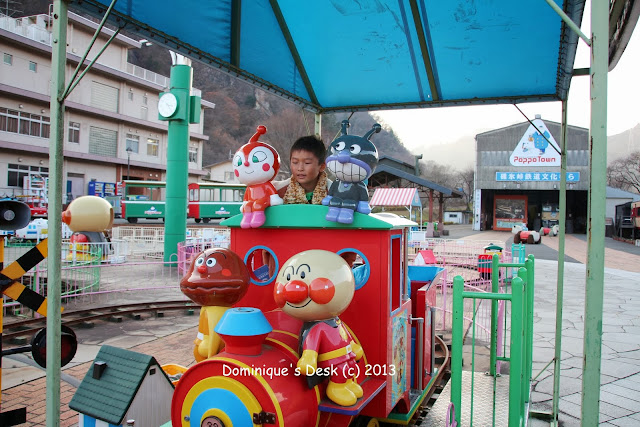 Monkey boy in a train

Anpanman train was one of the rides which really captured my interest. I have been watching the Japanese cartoon when I was a kid and love the Anime character. (For those of you who are unfamiliar with this character his face is made of bread and it is from the bread which he derives his “power”)

Do your kids love trains too?