Zooming around and Having Fun Doggie boy on his bike

It was raining during the weekend so the kids didn’t get to go to the park. They were pestering me to bring them downstairs to cycle under the block. After the rain stopped you could see the glee on their faces when I told them it is okay to go cycling now. 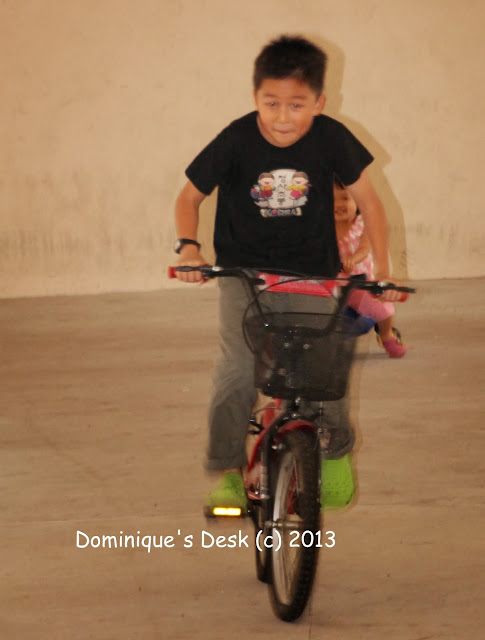 Monkey boy on his bike

The boys love racing each other on their bikes. Their little sister too wants a part of the action but she doesn’t have her own bike as yet. 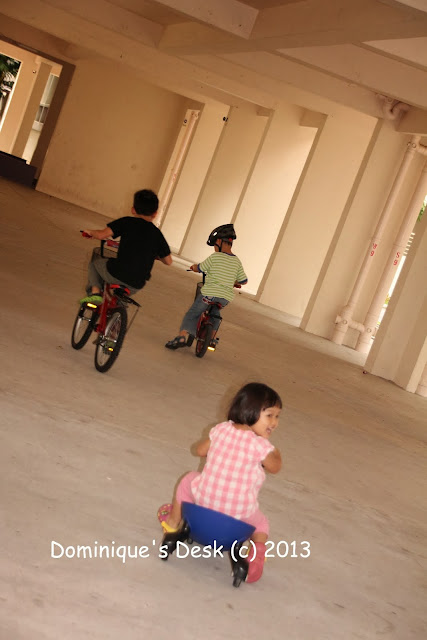 The kids racing away

She chases after them on her plasma car while I try to snap pictures of them with the new lens I got for my DSLR.  the 18-250mm really makes it easy to zoom in and capture their expressions while they are moving around. 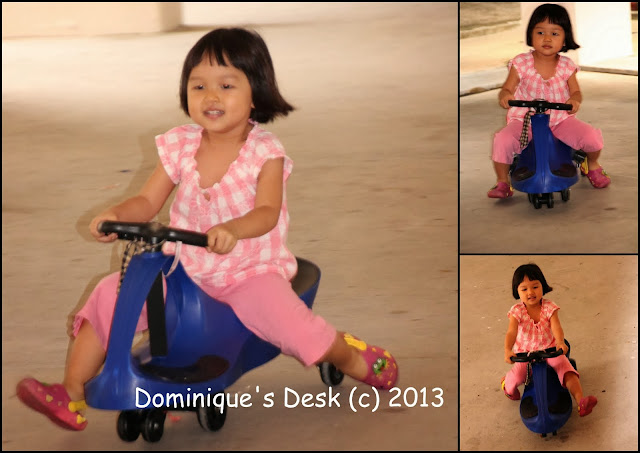 Tiger girl on her plasma car

Join in this week for Wordful Wednesday