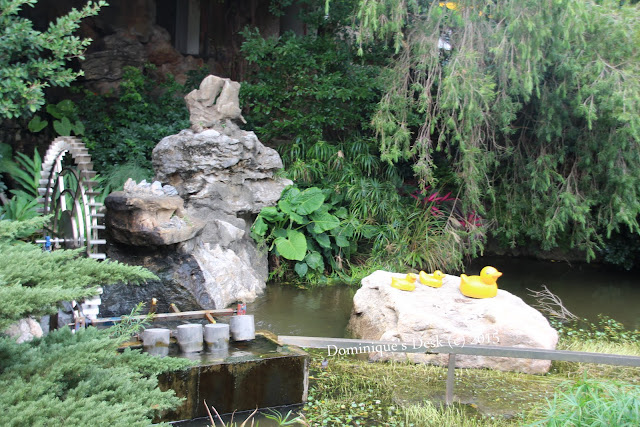 One of the fun things to do on a holiday is visiting a Museum or theme park.  There are many different exhibits and  items for the kids to try out. The kids are not into viewing Art exhibits so we decided on a Science theme park instead. 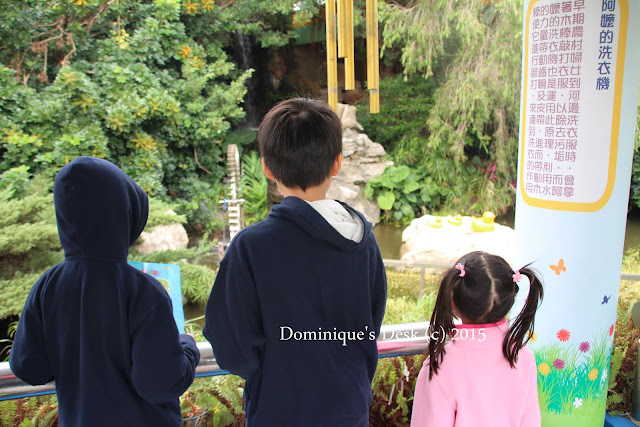 The kids looking at the kinetic exhibits 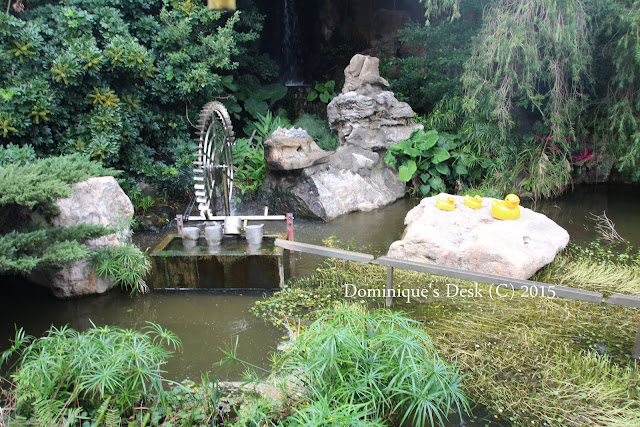 Water wheel with a connecting duct 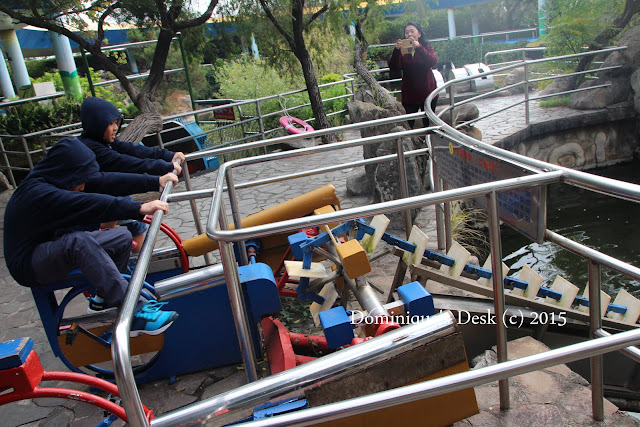 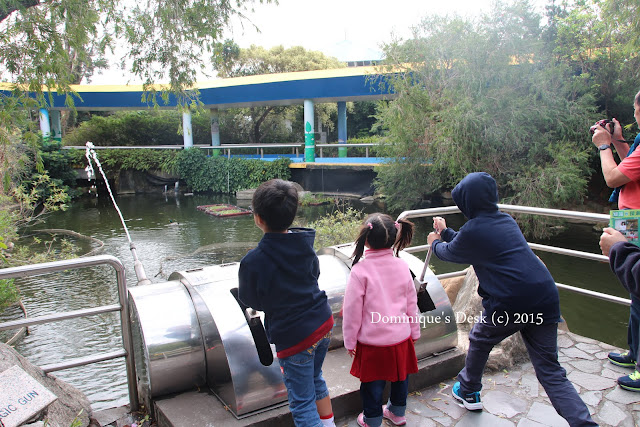 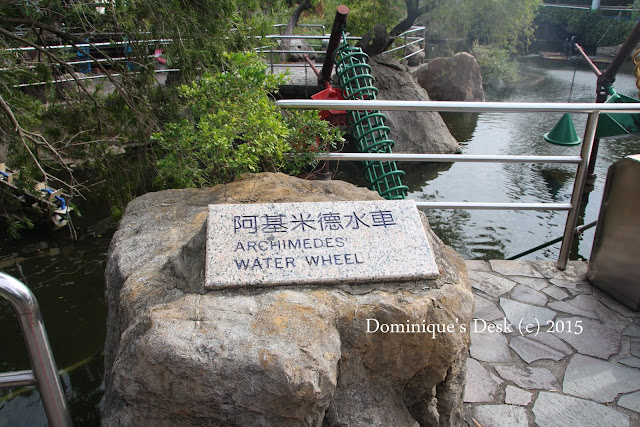 It was interesting to note the turning motion of the water wheel  enabled water to be transported from one level to another.  The creation of these devices back then enabled fresh stream water to flow into their houses. 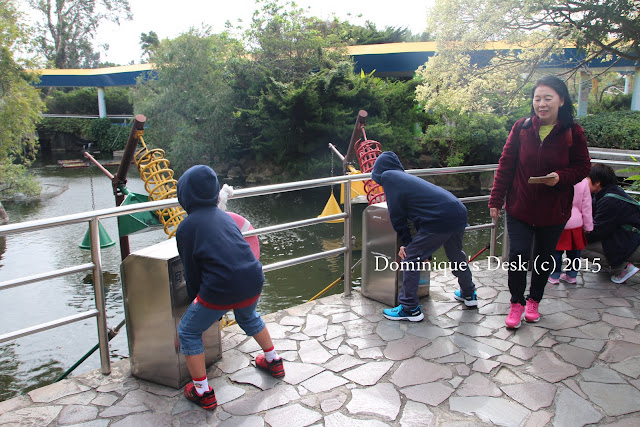 The boys cranking up the water turbine

The boys had a race to see who could transport water from the bottom of the cock screw to the top in the quickest duration.  The inventor who came up with this invention was really a genius!! Using a rotation motion one was able to move water against gravity. 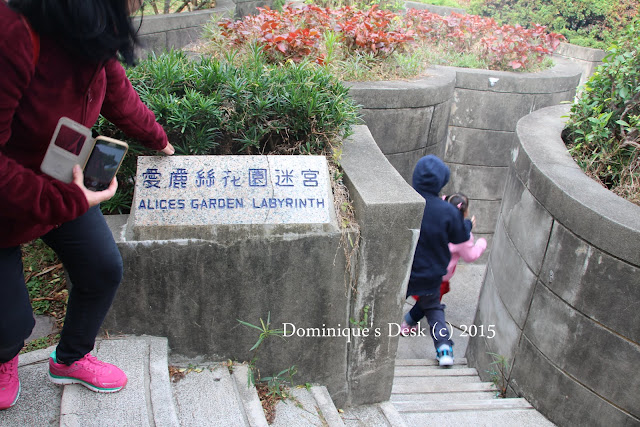 Playing in the Labyrinth

Besides exhausting some of their energy  cranking up the water wheels and activating the pistons the kids had fun running around in a Labyrinth.  It was similar to being in a corn maze like the ones we have been reading in storybooks.

The kids took around 10 minutes to find their way out of the maze and had fun by going through it a couple of times. 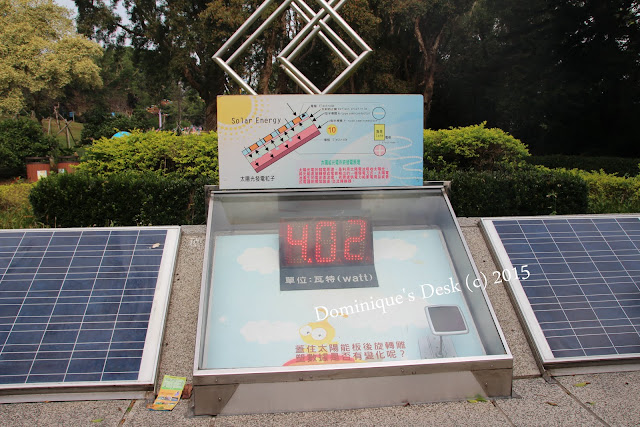 This was one of the exhibits on display. It was a solar power generated sculpture. As you can see 4.02 Watts of electricity had been generated by the solar panels that were around the structure and it had been use to make the sculpture move. 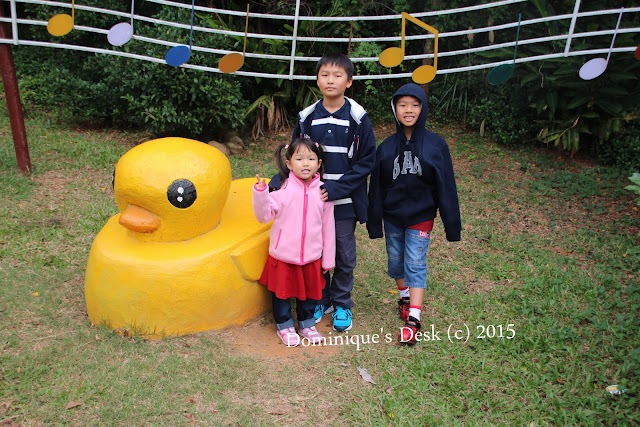 The kids posing for a photo with a yellow duck

Hydro electric power, Solar power and now wind power. In this section the kids were thrilled to see so many windmills at one spot. 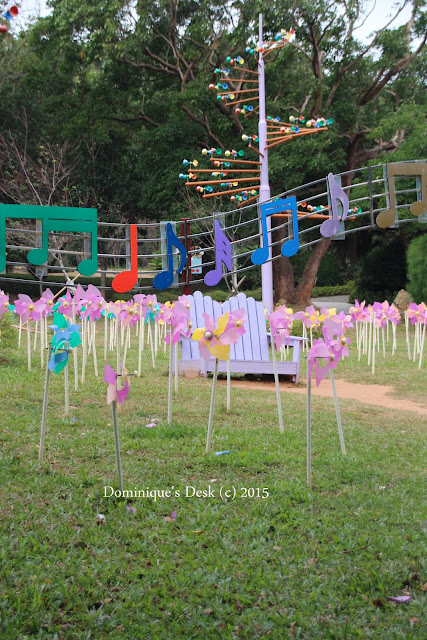 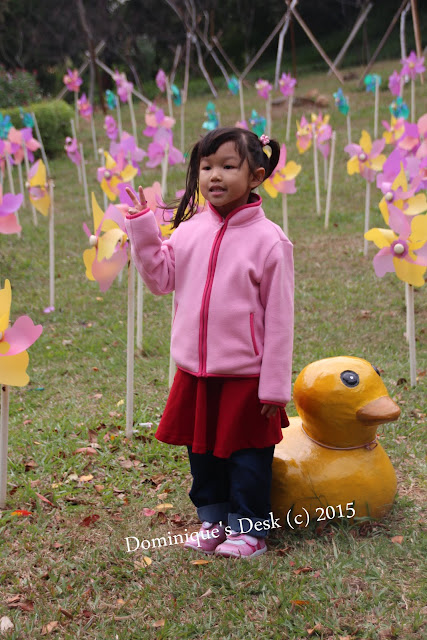 Tiger girl in a sea of windmills

I loved listening to the tune that was generated by the wind chimes as the bells were turning around endlessly. The wind was rather strong that day and it was certainly a pretty scene with all the windmills  turning together with the wind chimes. 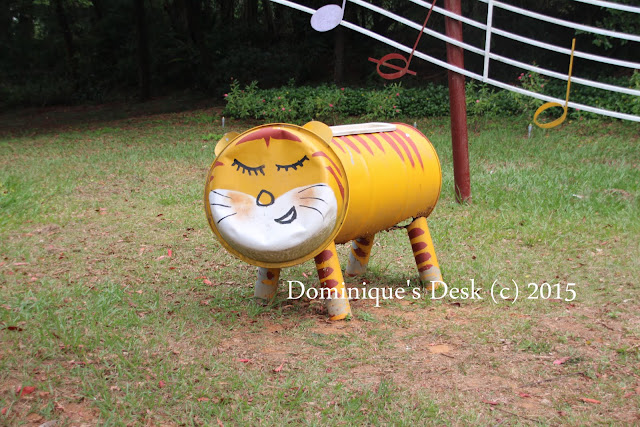 The boys spotted many of these tigers near the musical notes.  They were not only cute but can be banged on to add a rhythm to the music in the wind. 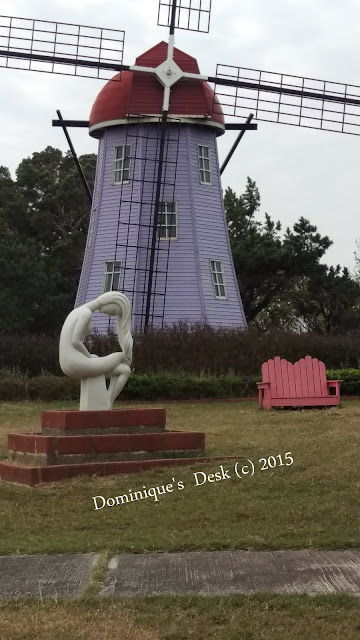 Tiger girl love the shade of purple on this windmill.  It certainly was very attractive also.  It certainly makes the place photography worthy with that structure in the background. 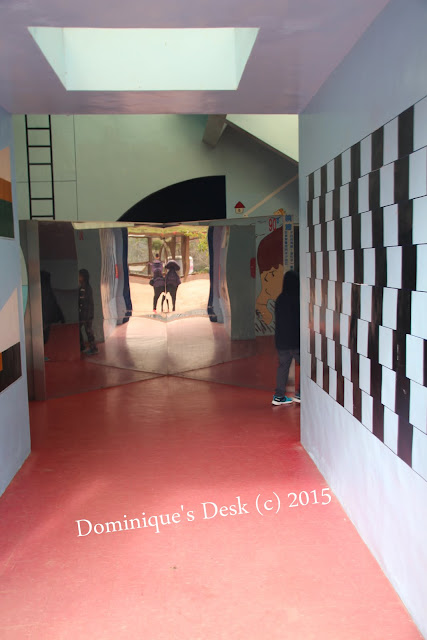 The entrance to the optical illusion house 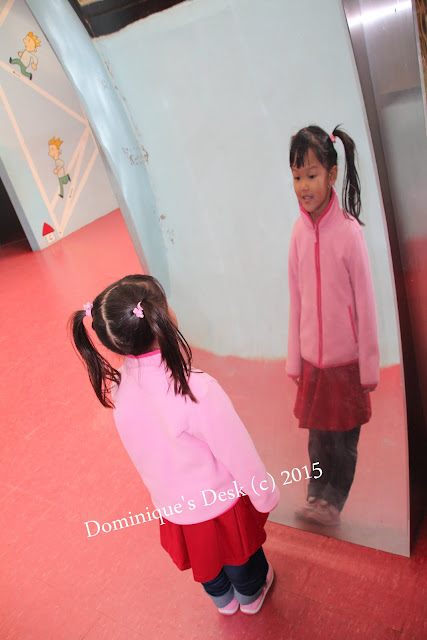 Tiger girl looking at her reflection 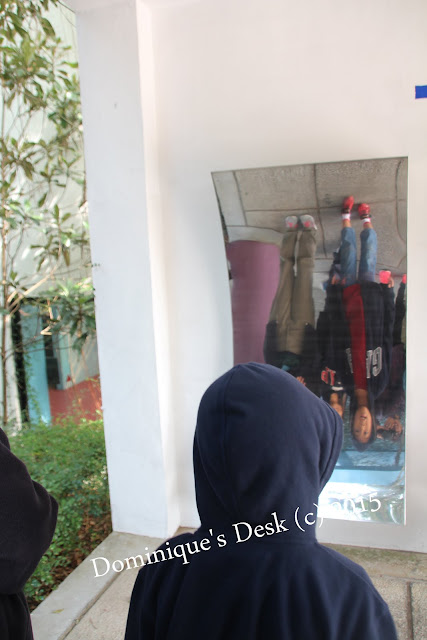 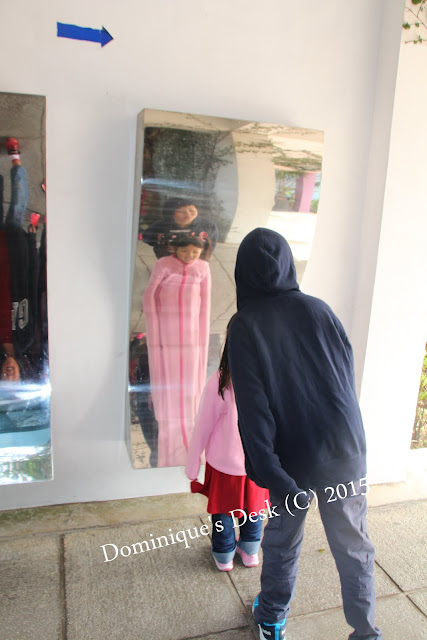 Having an extra long jacket on

There were a couple of different sections in the science  theme park. This is one section which the kids  enjoyed and had the most fun with the different mirrors.  They were laughing and giggling non stop to see their images inverted and distorted when they went through the fun house.

It was really interesting going through the fun house as it played on your sense of equilibrium.  It really threw one off trying to navigate your way through.  It felt that you were sinking or sliding to one side and hard to keep one’s balance moving through the rooms.

As we were so daze just going through it I didn’t take any pictures inside the house. 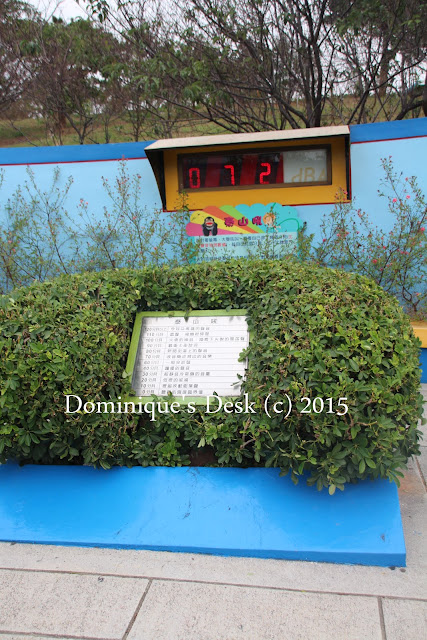 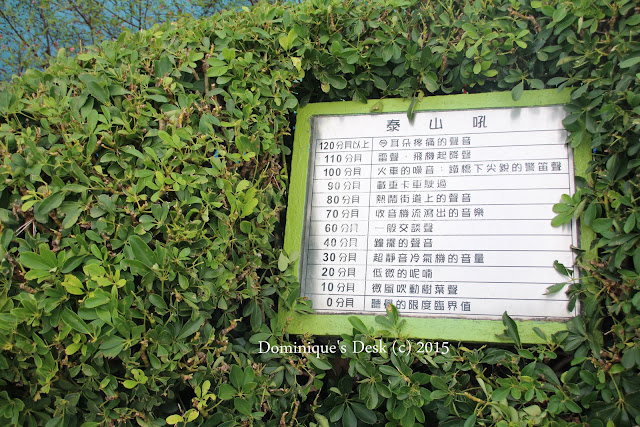 The chart for the acceptable range of noise level

This is a machine which I would like to have in my home to measure the level of noise disturbance caused by the kids. I’m sure it would easily reach 100 decibels or more on weekdays.

Have you visited a Science Theme Park before?