Cycling Fun at the Park 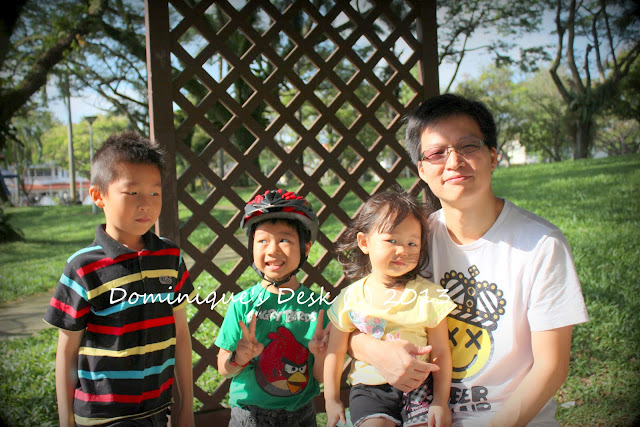 The kids and R

Over the weekend we brought the kids to Pasir Ris Park  to cycle. The weather was superb that morning as it wasn’t too hot and there was a cool sea breeze blowing inland. 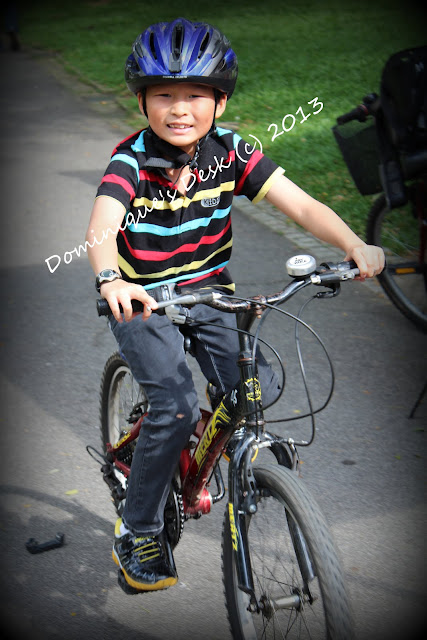 Monkey boy on a bike

The kids have been asking to go cycling with their dad at the park and were thrilled when they were able to go. We had to hire the bicycles at the park as there isn’t enough space in our car to transport the kids and their bikes. 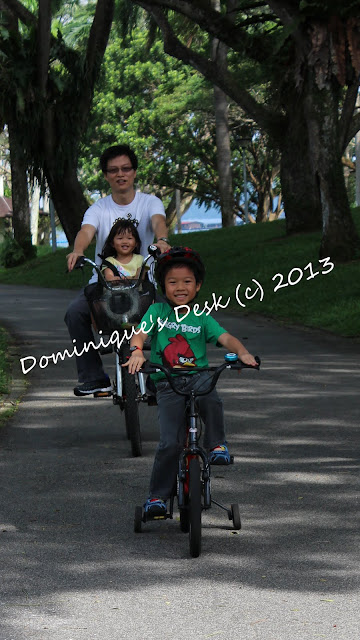 We hired a bike with trainer wheels for Doggie boy as he has yet to learn a two wheeler as we don’t cycle that often. 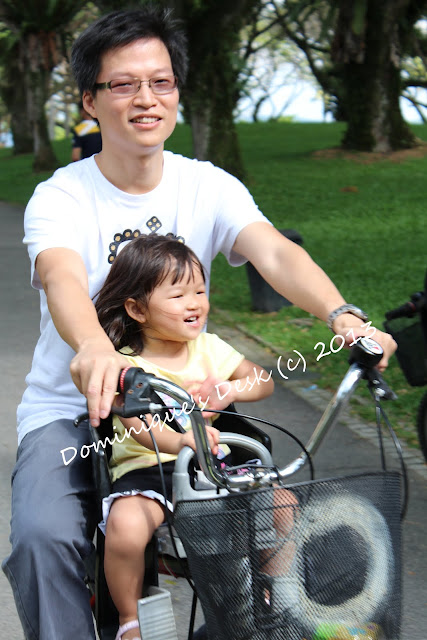 Tiger girl was super thrilled that she got to ride on a bike this time.  She originally wanted her own bike to cycle on but had difficulty pedaling so we decided on this add on ride for her instead. 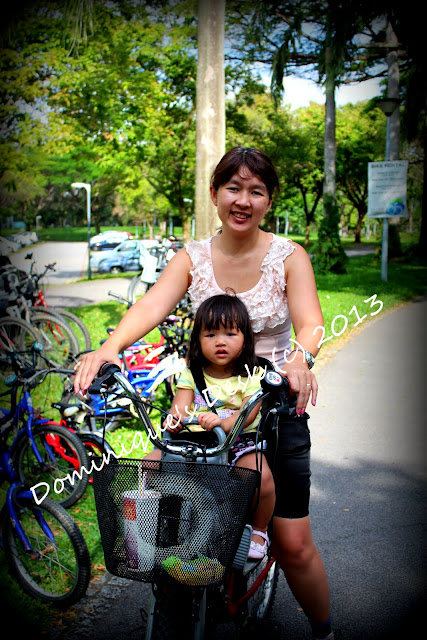 I tried riding the bike with her in tow but it proved to be very challenging finding your sense of balance with the toddler seat  in between. In the end I left it to R to chauffeur her around and stuck to what I enjoy doing best at the park~ taking photos of the kids.

Come on an link up this week with your Wordful Wednesday post.

10 Things I thought I would have done as a Child Writer’s Workshop: Kinda Random Facts about Us