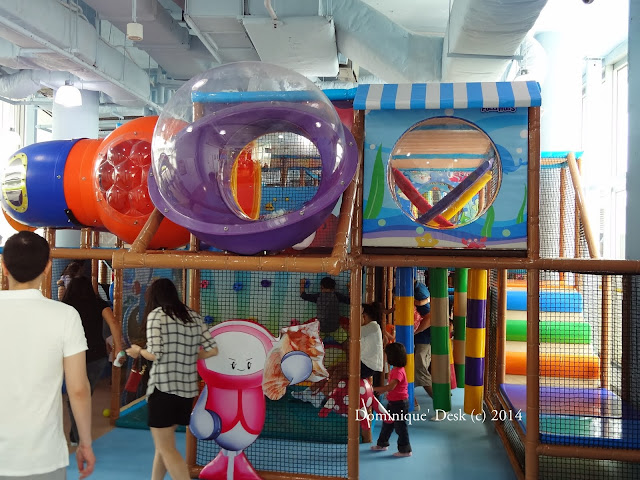 Over on the weekend we were invited to the latest branch of Polliwogs which has recently opened at Vivo City. The kids have been to the branches at East Coast and Robertson Walk and I was interested to see how this franchise fared compared to the other two.

Located on Level 3 , two doors down from Modestos the place was smaller then I had expected and even though there wasn’t really a crowd when we were there on a Saturday there wasn’t space in the shoe rack for the kids and I to place our shoes and we had to put them on the floor in a corner instead before we entered the play area. 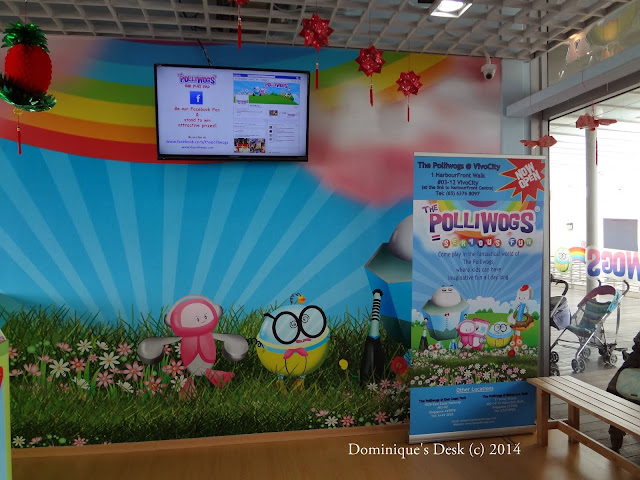 One of the colourful walls at the lobby

The kids couldn’t wait to enter the indoor playground and rushed through the door once their temperature had been taken and their hands sanitized. 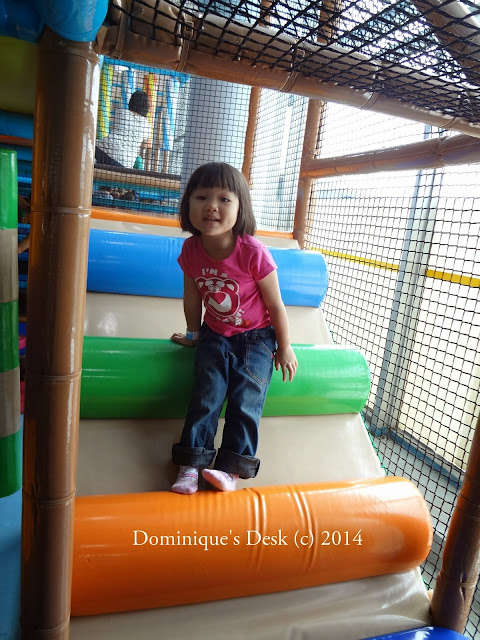 Tiger girl asking me to follow her up the playscape

As Doggie boy disappeared into playscape before I could instruct him to play together with his sister I had to follow her around through it. It wasn’t a good decision as the structure was built for kids in mind I got stuck at several of the obstacles inside the playscape. 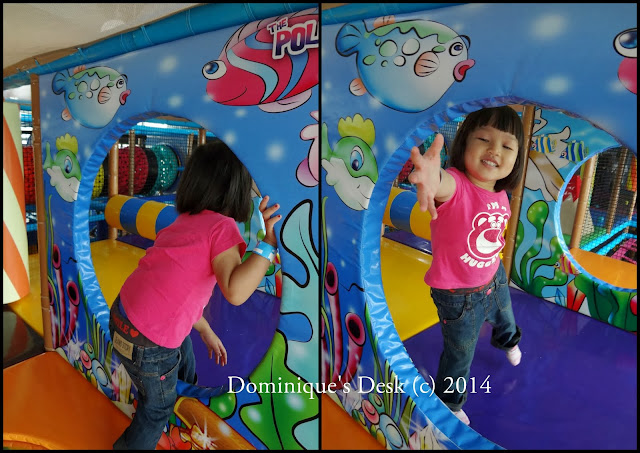 Tiger girl going through a hole

Being around 90cm tall she easily went through this hole. However at 1.65m tall I got stuck while going through it. Luckily there weren’t any other kids behind us as it took me quite a while to get through the hole. 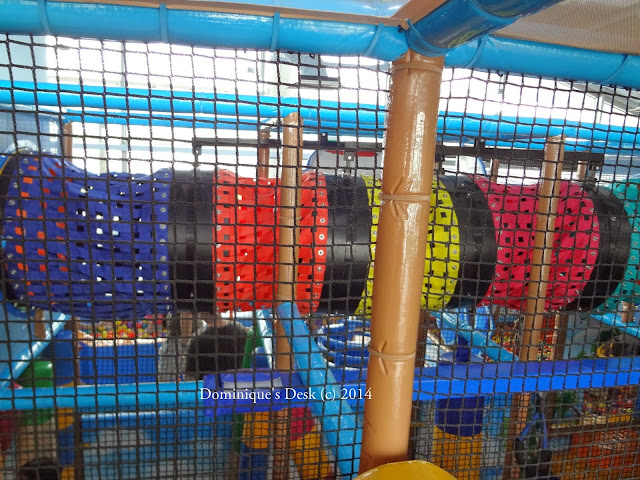 A tube to climb through in the playscape

Luckily Tiger girl didn’t want to go through this tube when I was in the playscape with her. I doubt it would be able support the weight of an adult through it. 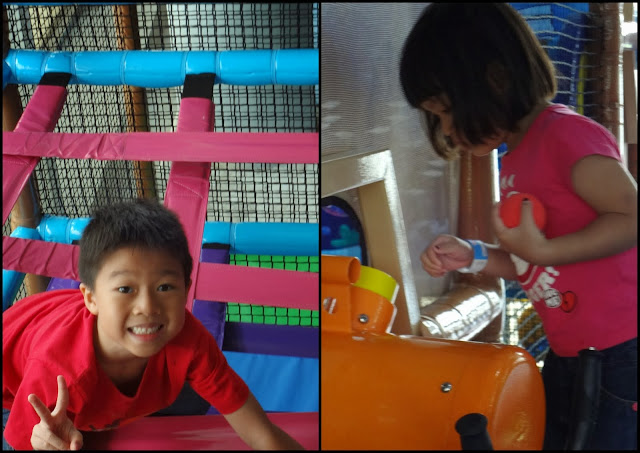 Doggie boy on the trampoline while Tiger girl put balls into the air canon.

The difference between this branch and the other two branches is that there is a small trampoline area where kids can bounce around. Tiger girl didn’t try out the trampoline as she didn’t fancy being lodge in the holes if she should lose her footing while bouncing around. Doggie boy enjoyed it though. 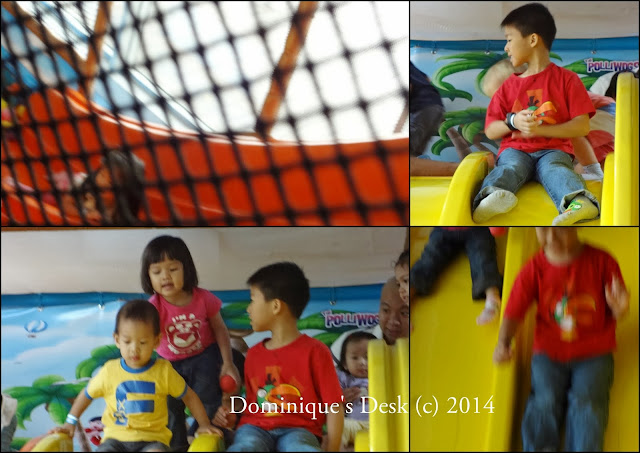 The kids going down the slide

At the end of the playscape there was a row of four slides together. Slides are one Tiger girl’s favourite at an indoor playground. However she only went down this slide once and couldn’t be coaxed down it again. It was shorter then the ones that she and her brothers have been on and I guess it wasn’t much of a thrill to go on for a 3 year old. 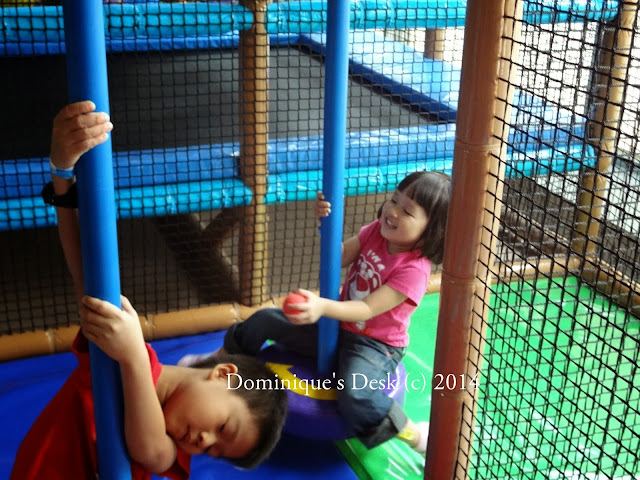 Both of them preferred the spinning poles to the slide and happy went round and round on it. It must really feel very “high” being all dizzy with all the spinning. 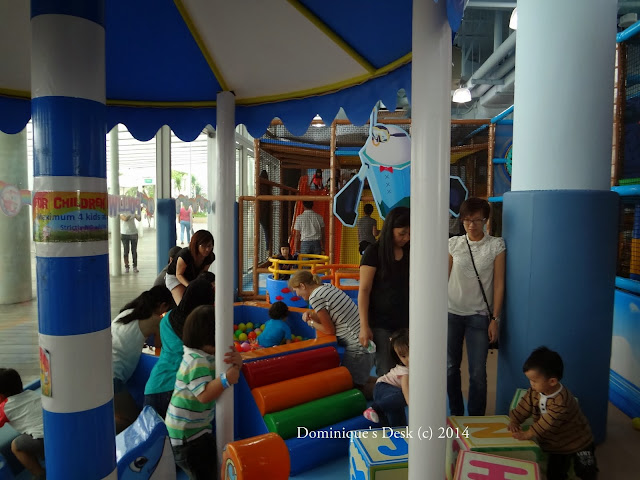 There was an area for toddlers beside the main playscape for kids 0-3 years old. There was a small ball pit, spinning cups, a small carousel and play stations along the wall. 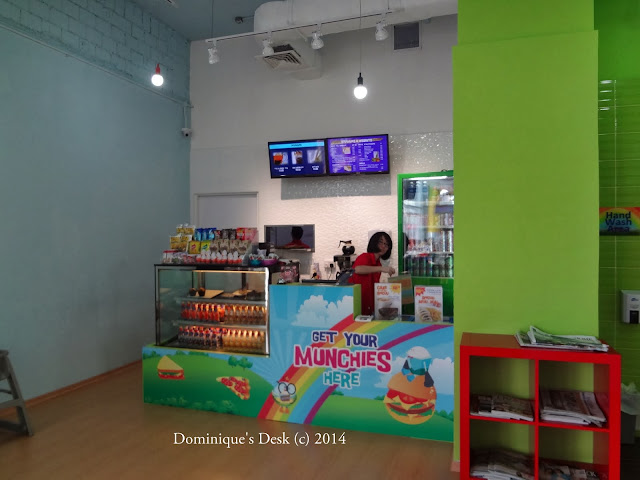 There was a snack area with tables for parents to wait around and have a drink while their kids play. There is the normal array of drinks and finger foods available. 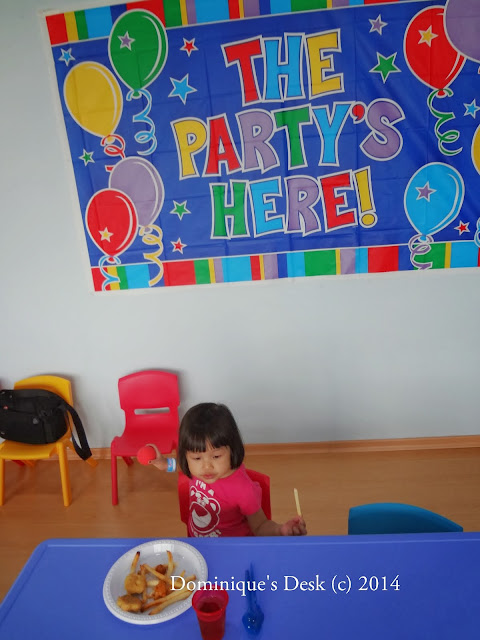 There are two function rooms at Polliwogs where one can book to celebrate birthdays or have a function. There is even a nursing room in the premise for parents with very young babies.

Disclaimer: We were given complimentary entry to Polliwogs. All opinions are 100% my own.