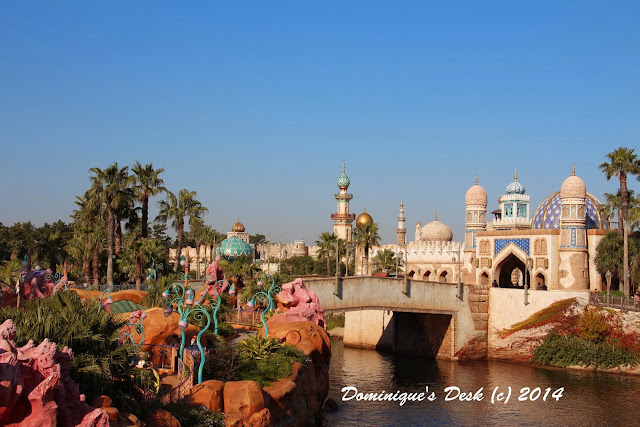 The bridge between Mermaid Lagoon and Mediterranean Harbor

It has been about two month since our trip to Japan and I’m still going through the pictures that I took back then.

Here is a compilation of photos we took when we went to Tokyo DisneySea Theme park back then. The kids and I enjoyed the place so much more then Disneyland as we went on more rides and had lots more fun at the place. 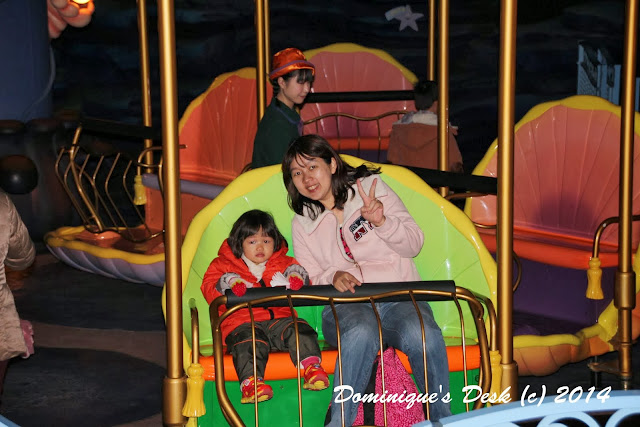 Tiger girl and me on the Jumping Jellyfish Ride

Mermaid lagoon was one of the places which we went to in the theme park. There were many rides here for younger kids and Tiger girl really enjoyed herself here. 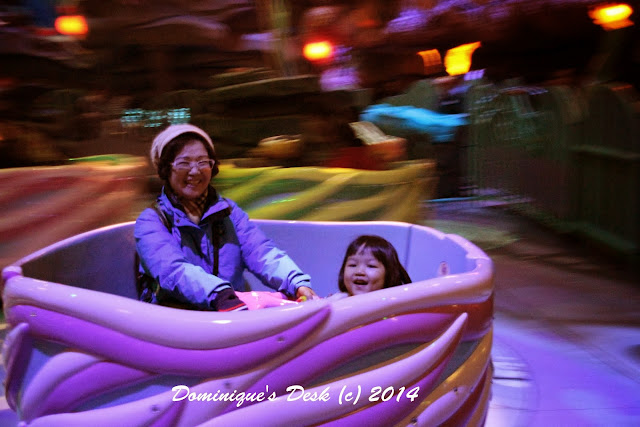 Tiger girl in the Tea Cup ride with Ah Ma

The whirlpool was really fun. The teacups spun around and around and it was dizzying just looking at it go.  As it wasn’t that crowded at the whirlpool ride the kids and the grandparents went on it thrice!! 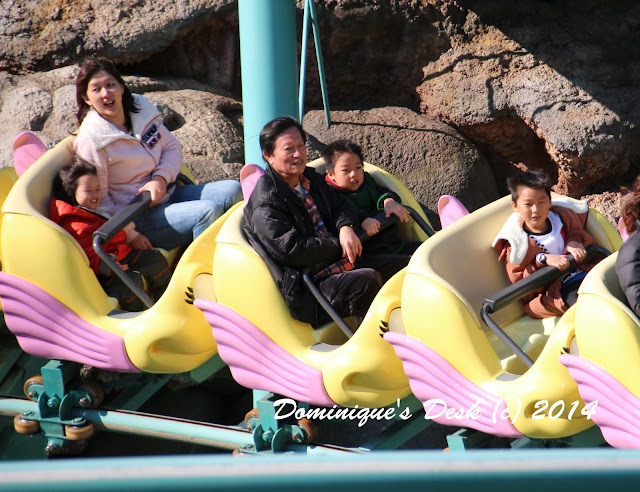 Flounder’s Flying fish was a really cool coaster ride which the kids and I went on.  It was really refreshing to feel the wind in your hair as the coaster zooms up and down on the track. 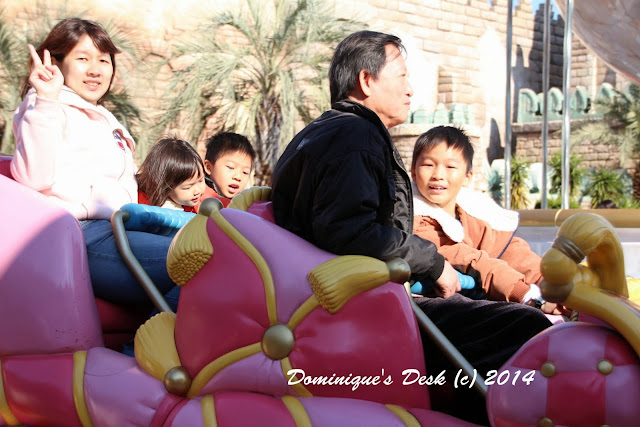 From Mermaid Lagoon we crossed over to the Mediterranean Harbor where we hitched a ride on Jasmine’s flying carpet. It was fun flying the carpet up and down while it was moving around in a circle. 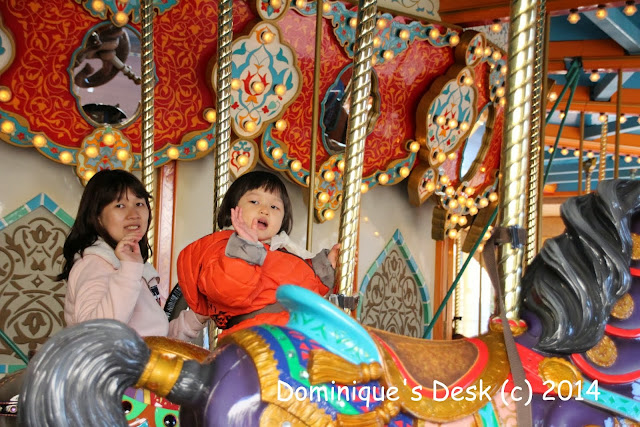 Tiger girl and me on the Caravan Carousel

This was Tiger girl’s favourite ride. She went countless times on it and there wasn’t any queue for this ride and she was allowed to sit on the elephant by herself. There was a safety belt to belt her in before the ride began. 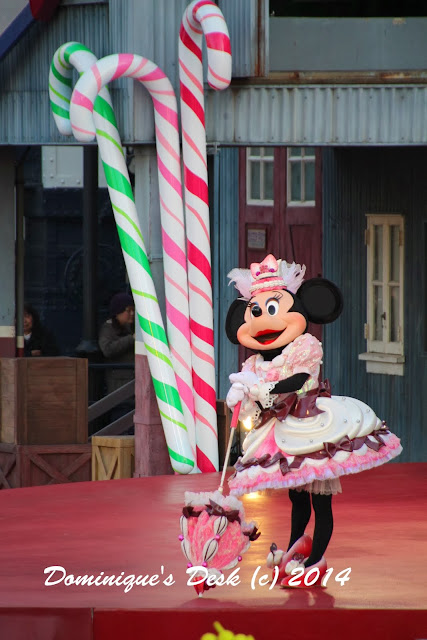 The Big Band Beat was one of the shows that we managed to watch while at the park. It was a Broadway style musical  which had dynamic singing and a live band. The kids and I didn’t get to watch up close as  the show already started when we were in the area but we did get a bird’s eye view from  behind the fence where we were standing. 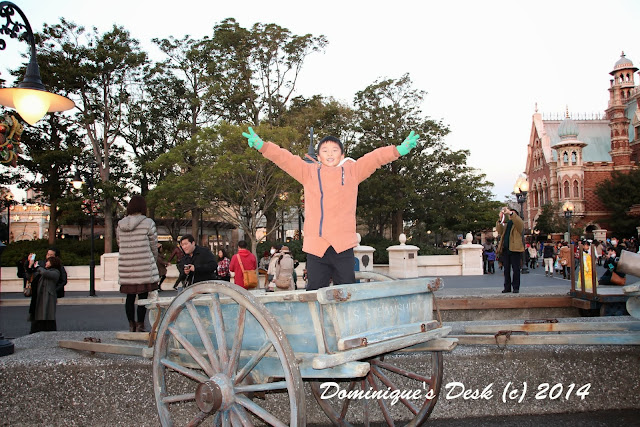 After the show we headed over to the American Waterfront area as the boys wanted to go to the Tower of Terror.  They had secured a FASTPASS for the ride and by the time the show was over it was just in time for their death defying ride. 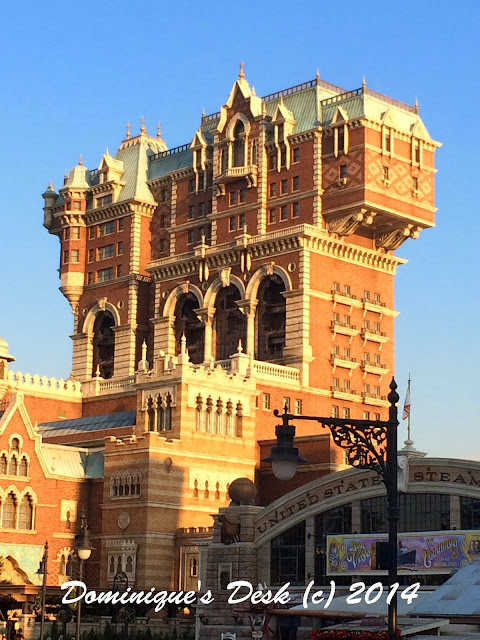 The Tower of Terror

I passed on this ride as I wasn’t too keen on suddenly plunging 50 stories down while on the ride. I had tried a similar ride once and am not really that keen on such a thrilling ride. Tiger girl was also asleep by the time we came to this ride so it was a valid excuse for me to sit out on it. 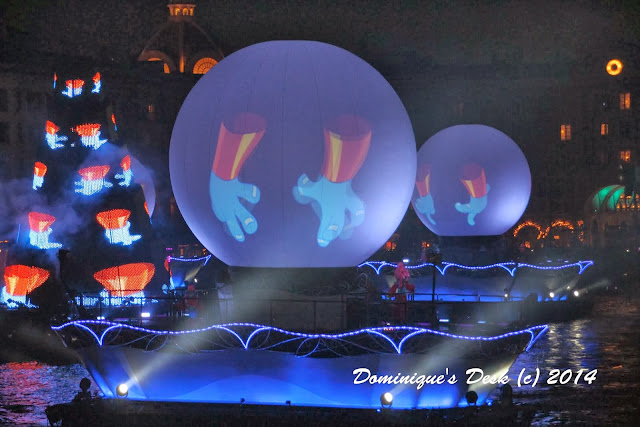 Fantasmic was the last show that we watched before exiting the park that day. The kids were wowed by the laser displays, lights and fire in the dramatic show which portrayed a portion from the story the Sorcerer’s Apprentice.

DisneySea was certainly a cool theme park to visit and the kids and I am considering visiting it again the next time we go to Japan.