In a Submarine under the Sea 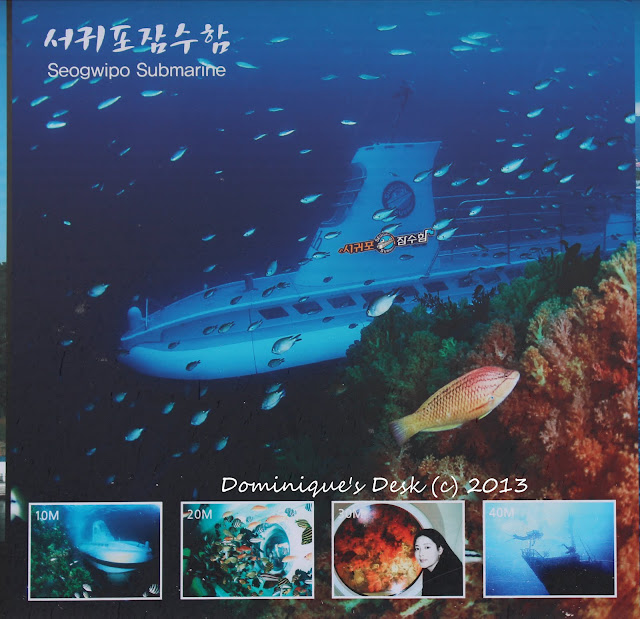 Have you ever thought about traveling in a submarine? It was a really cool experience for Tiger girl and me when we got to travel in one during our recent trip to Jeju island, Korea.  We went on the Seogwipo Submarine (서귀포잠수함)  and it was really interesting experience. 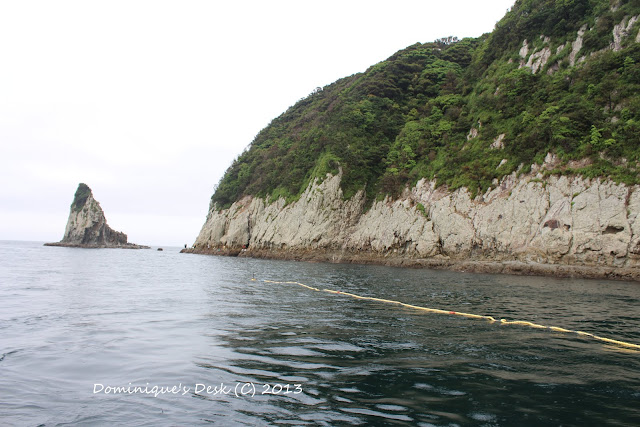 The place which went to board the submarine

We had to take a ferry boat out to from Seogwipo Port to  Munseom  where we boarded the submarine to begin our tour.

The submarine was not really that big but it could fit about 30+ passengers inside. There were port holes on both sides of the submarine so we could look out and see everything that was around us. 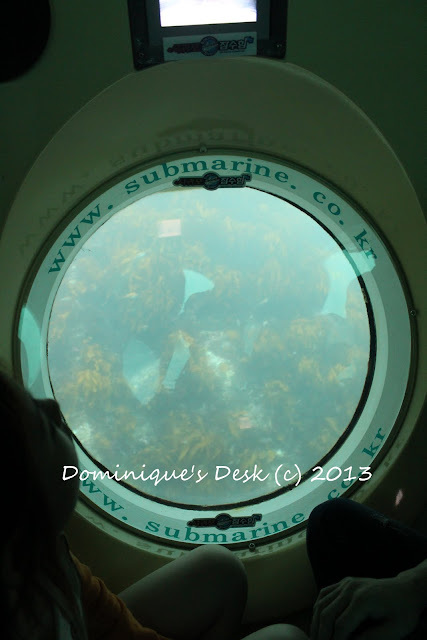 The port hole which we looked out from

The water was quite murky and it wasn’t a really clear day as it has been raining the whole day. However we still managed to see the fishes and corals outside the window. 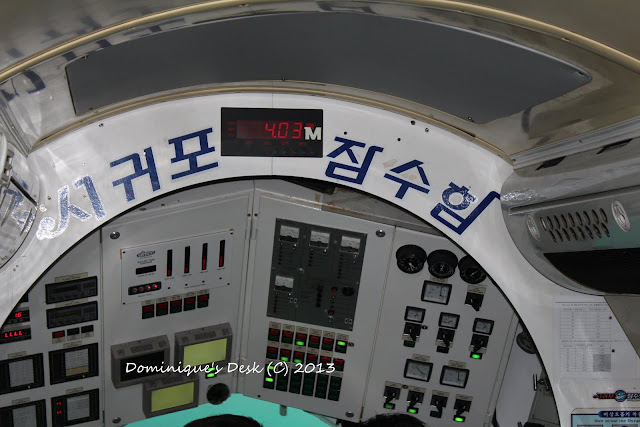 The control panel within the submarine.

The submarine started to descend slowly  once the doors were all sealed and we could see the depth which we were at from the display panel on the top of the driver’s area.  It wasn’t scary and Tiger girl was thrilled to see that the submarine was moving and we were descending into the depths of the ocean. 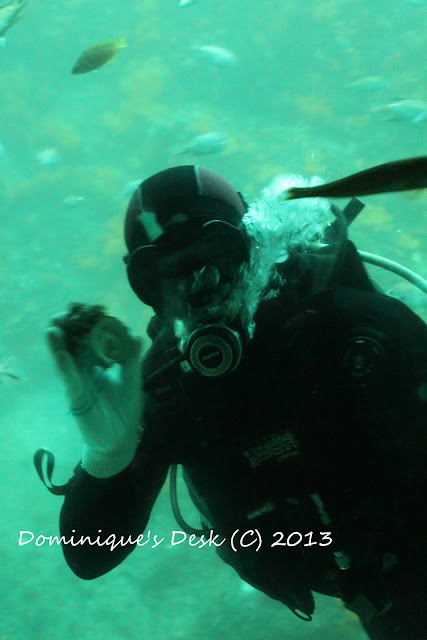 While descending there was a diver show as part of our submarine tour.. He came around during the first stop that the submarine had to bring the fishes which swam outside the port hole. 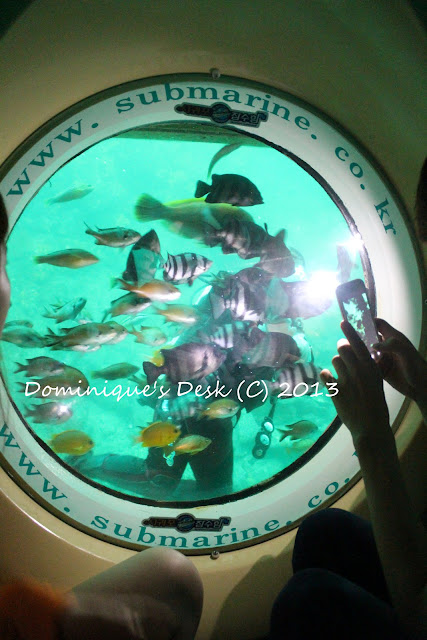 The fishes which the diver brought past the port hole

The fishes were not as colourful as those that we saw in the aquarium last month. However it was fascinating to see so many fishes swimming pass suddenly. 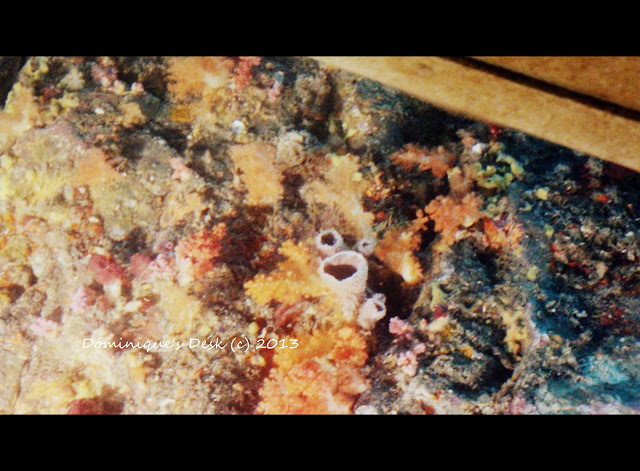 As we descended way into the depths of the ocean we managed to see some corals up close.  It looks really different from the corals we saw at the aquarium. It wasn’t as vibrant and there were lesser varieties of corals to be seen.

Have you traveled in a submarine before?

Join in this week for Wordful Wednesday