Having Fun at the Gems of IndoChina at Changi Airport 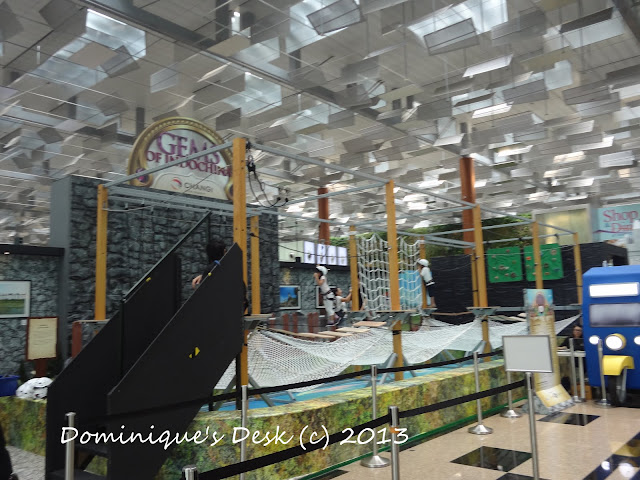 Having been cooped up in the house due to the recent haze the kids were very happy when we visited Changi Airport today. Nope, we were not scooting off again on another holiday but were checking out the Gems of IndoChina display over at Terminal 3.

The boys were attracted by the 10 course obstacle course and immediately asked to go on it when we arrived at the display area. 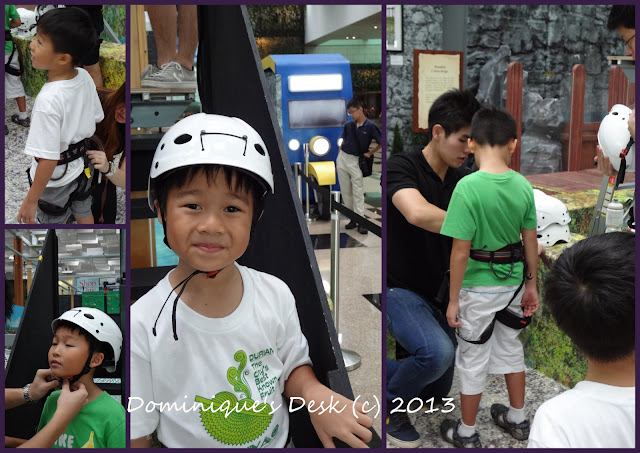 The boys being suited up before they attempted the course

After filling up the necessary forms the boys were suited up and couldn’t wait to have a go on the obstacle course.  The boys have been on obstacle courses before so it wasn’t something that new to them. However  as they haven’t been able to go out and play due to the haze, they welcomed the physical activity with open arms. 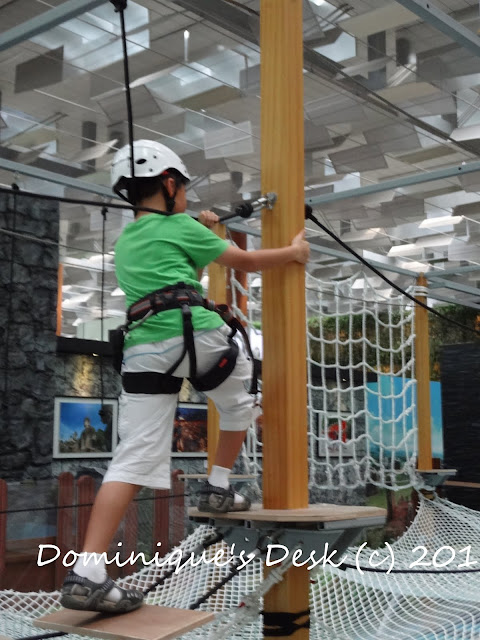 Monkey boy going around the circuit

Monkey boy was the first one to go around the circuit. It wasn’t really challenging for him as he has been on the adult circuit while we were on holiday in Phuket. He cleared the course easily and couldn’t wait for a 2nd and 3rd round the course. 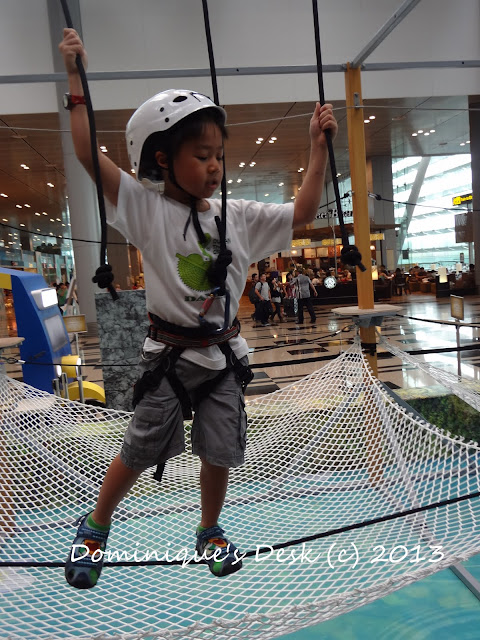 Doggie boy going around the course 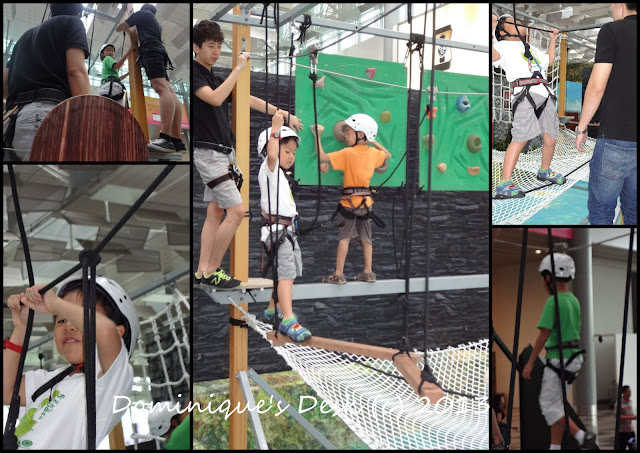 the boys going around the course

While the boys were going around the course Tiger girl was occupied taking pictures of her brothers and the surrounding with my compact camera. 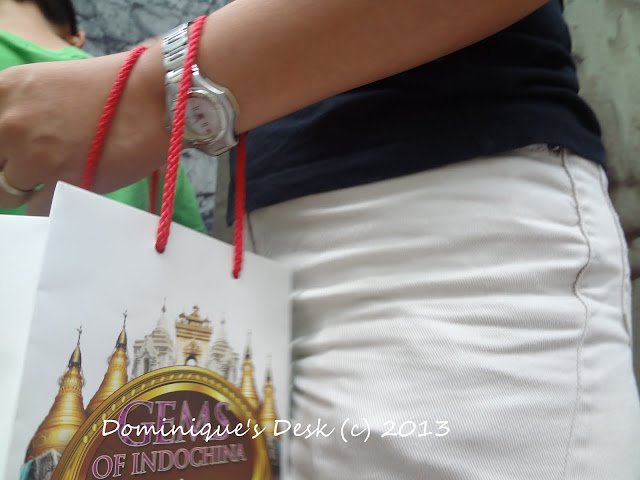 A snapshot by Tiger girl of me holding the goodie bag. 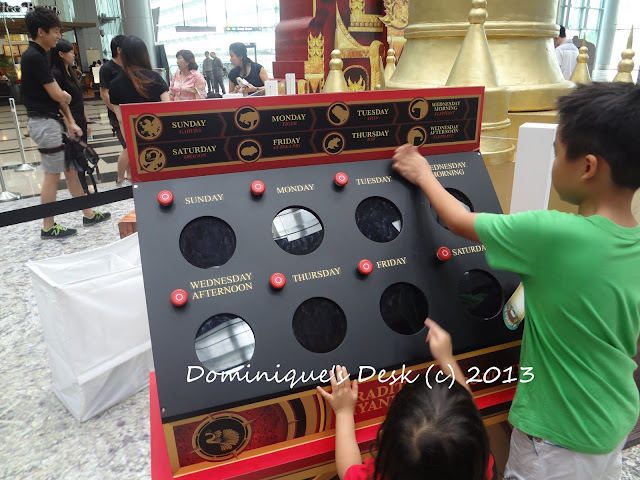 Learning about the horoscopes

Besides the obstacle course there was a interactive exhibition area which features photography, artifacts, travel information and fun facts about Laos. 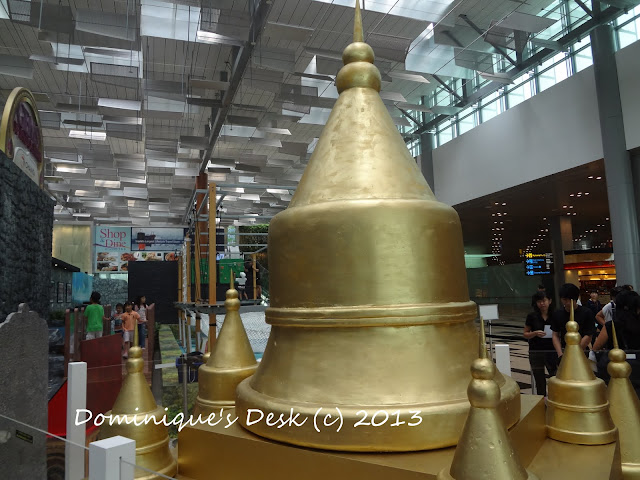 There was a replica of the Golden Pagoda( the national symbol of Laos) on display.  The actual pagodas in Laos must really look spectacular. 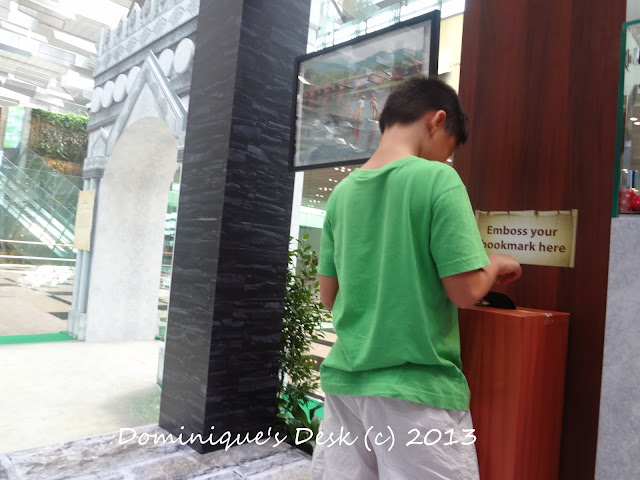 While going through the exhibit the kids were given bookmarks which they could emboss at the two major exhibits. They were happy to fill up the bookmark as they were given a prize for completing the bookmarks. 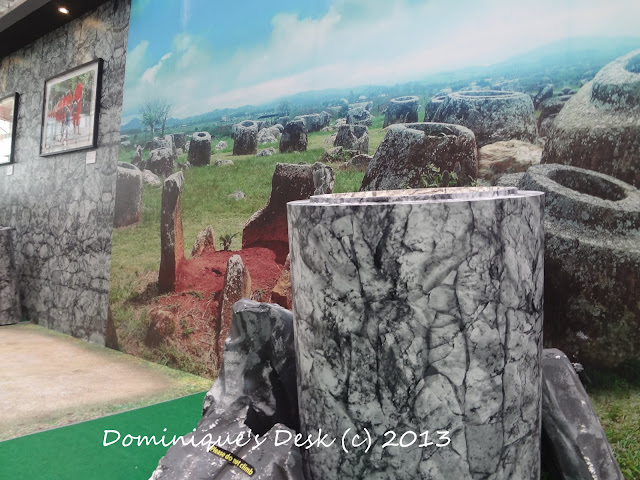 The plain of jars

Visitors to the exhibition were given a visual treat about The Plain of Jars where the stone jars appear in clusters in the landscape of the Xieng Khouang plateau. It certainly is an unusual phenomena which cannot be explained. 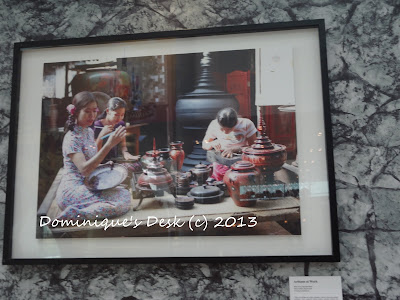 A picture of the Laotian girls as taken by Tiger girl 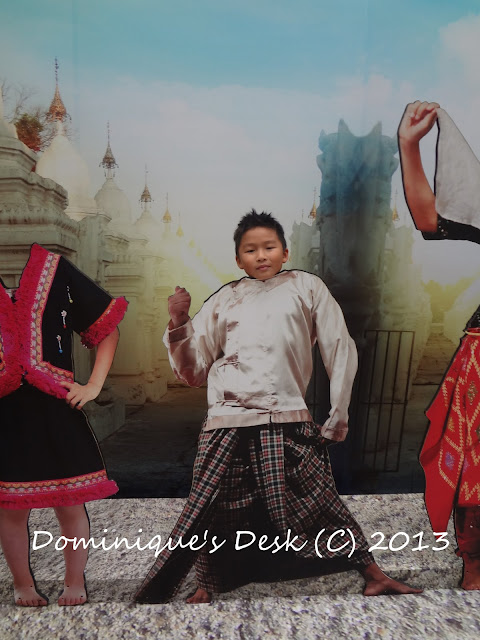 Monkey boy posing for a picture

It was really hilarious seeing Monkey boy posing behind this cut out of traditional Laotian outfits.  The kids really had fun at the exhibit and it was a fun and educational afternoon for them.

Disclaimer: We were invited to visit Gems of IndoChina at Changi Airport. All opinions are 100% my own.

In a Submarine under the Sea Writer’s Workshop: From Seongsan Ilchulbong Peak [UNESCO World Heritage] (성산일출봉)