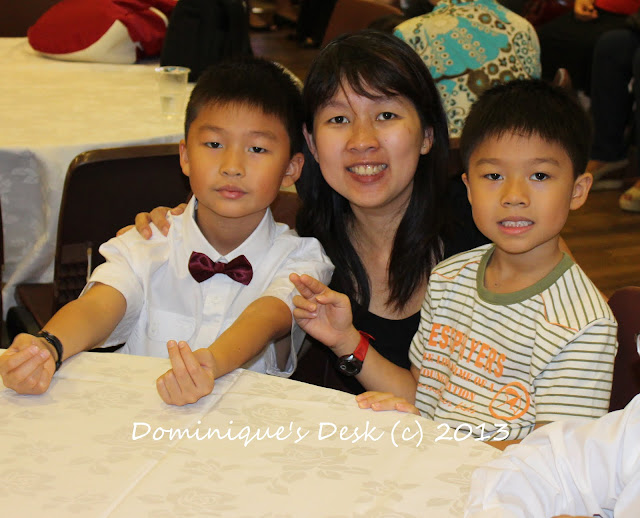 The boys and me

Last Sunday Monkey boy celebrated his First Holy Communion. It was a big milestone in his faith formation journey as it was the first time he was receiving the bread of Christ.

We were at church early as we had to report half an hour earlier  as he needed to be there for a last minute rehersal on the procession into church. There were about 30 kids which were having their First Holy Communion together with Monkey boy and all of them were equally excited. 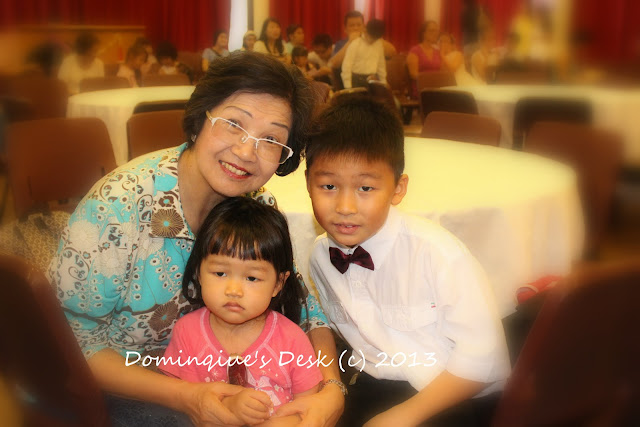 Before we marched into church I took the opportunity to take get Monkey boy to take some photos with his grandmothers. 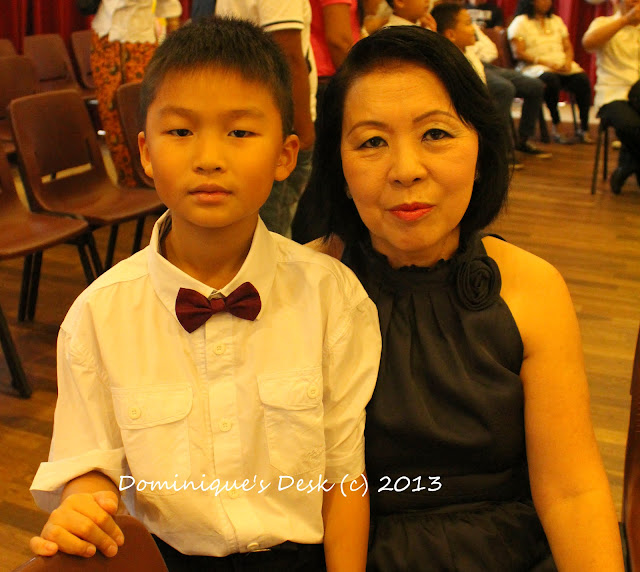 Both grandmothers were glad to be able to witness Monkey boy receiving this sacrament.  Now he is able to fully participate in the mass together with the adult and need not sit out again during communion. 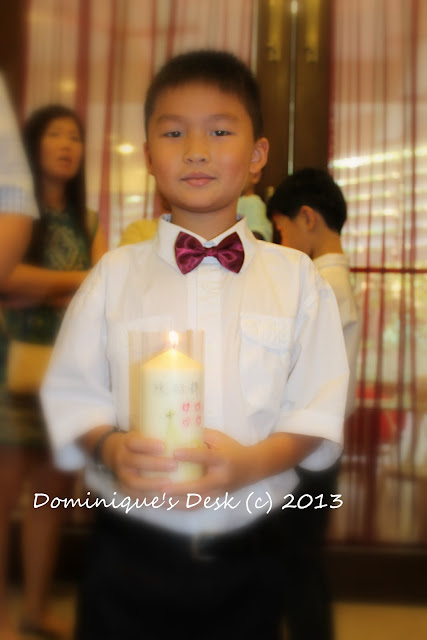 Monkey boy had to walk into the church with his lit candle. It is a really special candle as R and I designed the candle by ourselves. One side was in English and it stated his name and date of First communion while the other side was written in Chinese by R.  It is certainly a very meaningful keepsake for  Monkey boy to have. 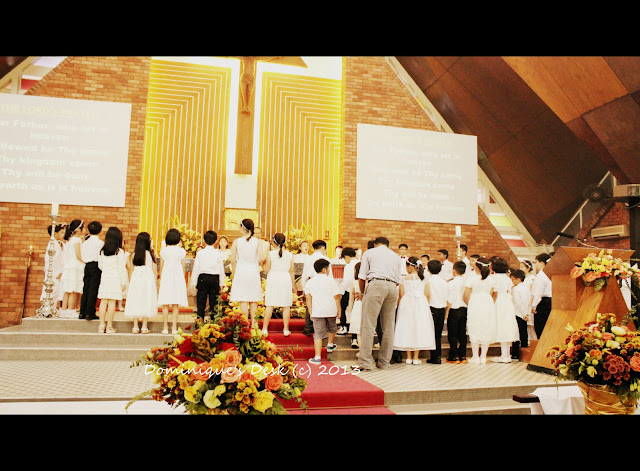 The kids participating in mass

The kids were invited to stand around the altar and say the Lord’s prayer together during the mass. I am sure they were able to feel the hand of the holy spirit upon them while standing so near the altar. 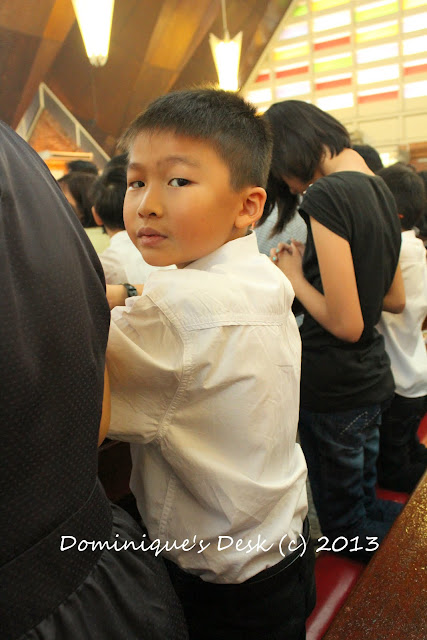 Side view of Monkey Boy

My little boy is really growing up so fast!!

Has your child received his/her first communion yet?

How do you feel about him/her reaching another faith formation milestone?