This week I have been thinking hard on how to combine the two photo challenges – Green and water.

The first thought which came to my mind was photographing a green cup filled with water. 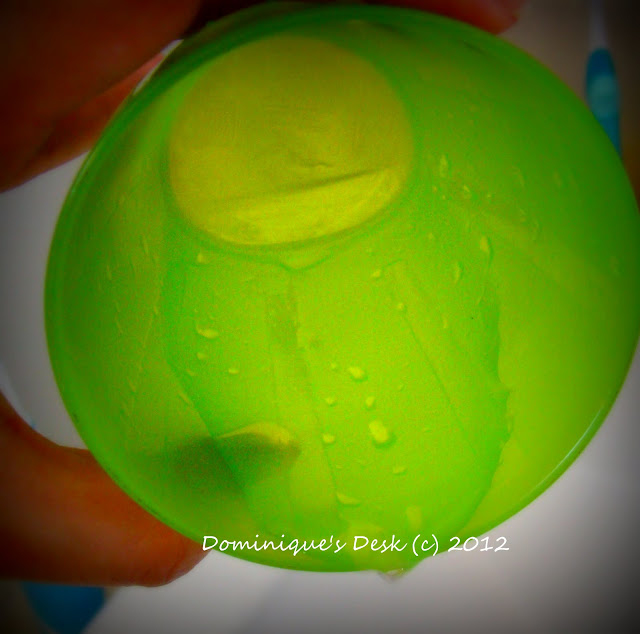 It didn’t turn out as well as I expected as it was hard to focus on water on a semi translucent cup. In the end I decided maybe it would be better to  photograph one of my favourite drink Avocado milkshake. Unfortunately we didn’t visit that restaurant which sold the drink as we went to another one instead and ordered Iced tea instead. 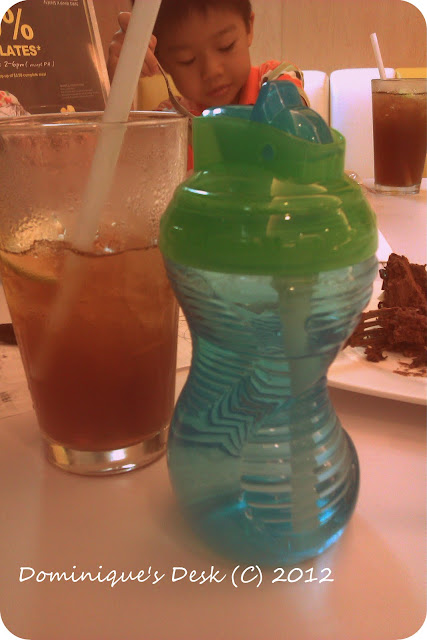 Drinks we had at the cafe we stopped for tea . 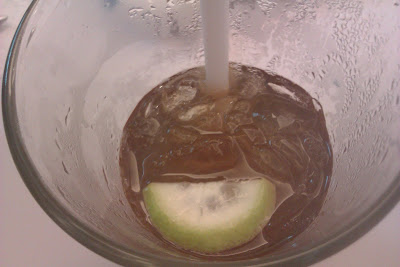 Taken from the top with my HTC camera phone. 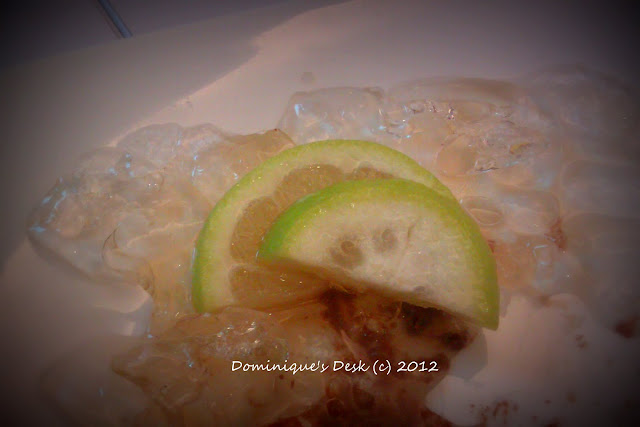 The slices of lemon  which were “greenish” instead of yellow on a bed of  melting ice. 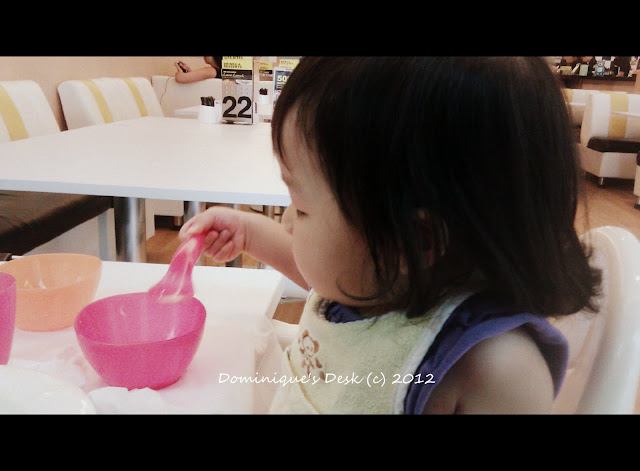 Tiger girl helping herself to the soup we ordered. She is not “green” in a restaurant setting and knows how to fully self feed herself her now without spilling the soup. 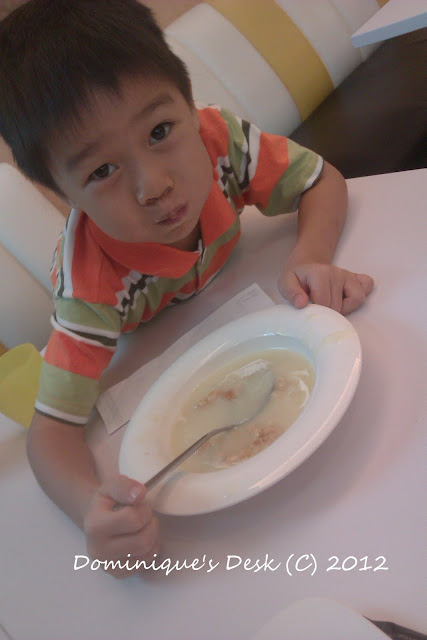 It was a relaxing afternoon having tea with the kids now that both of them are able to feed themselves.

I can enjoy my tea and cake in peace.

How had your afternoon been?