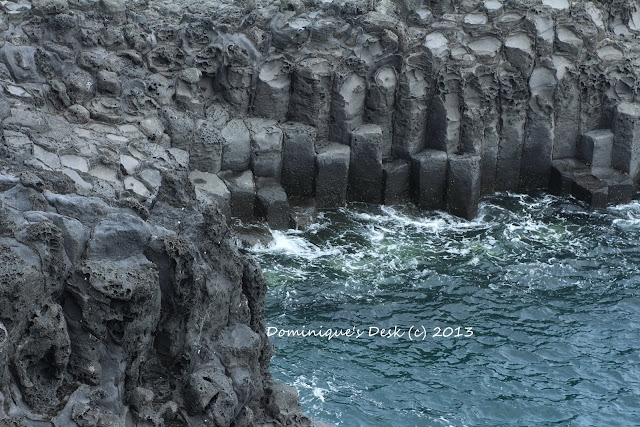 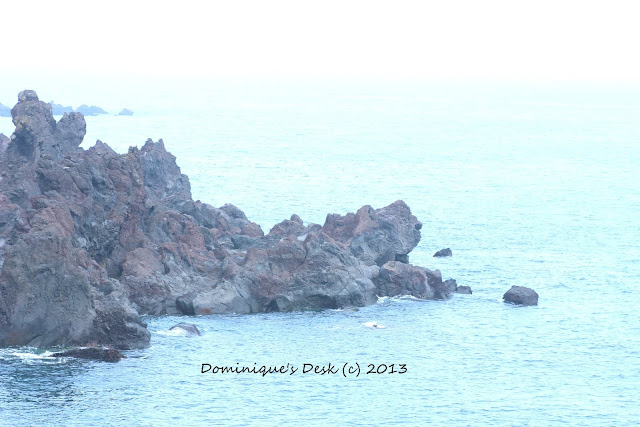 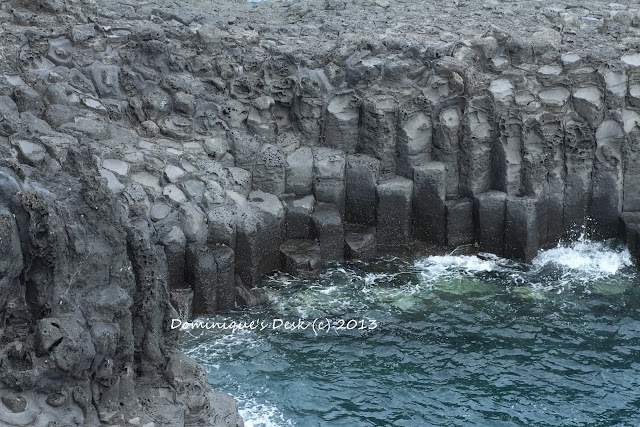 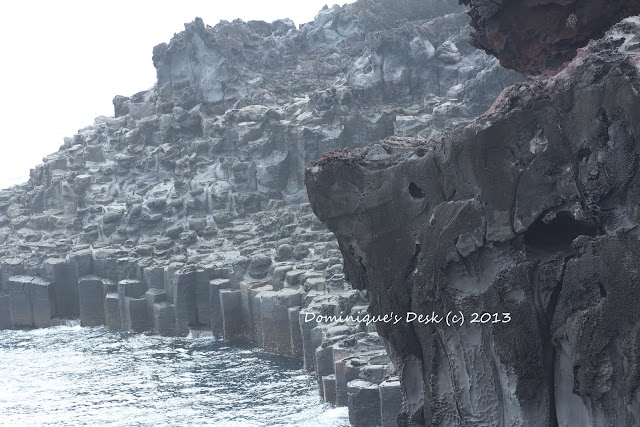 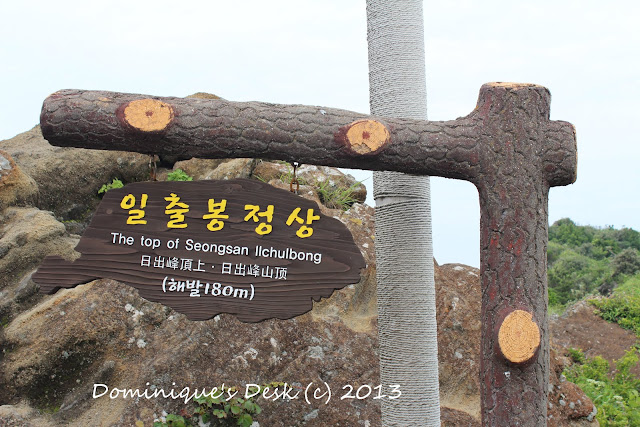 We were indulging in the flora and fauna during our recent trip to Jeju island, South Korea.  Seongsan IIchulbong Peak is one of the places which we visited. It is one of the two UNESCO  World Heritage on Jeju island.  Also know as Sunrise peak it was created nearly 10,000 years ago during a volcano eruption. 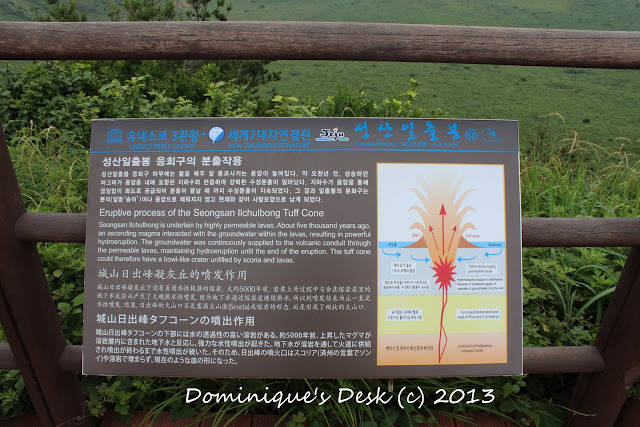 The signboard explaining how the peak came about.

This was the 3rd stop on our day tour of Jeju and we were not prepared for the hike that we were about to do up and down the peak. 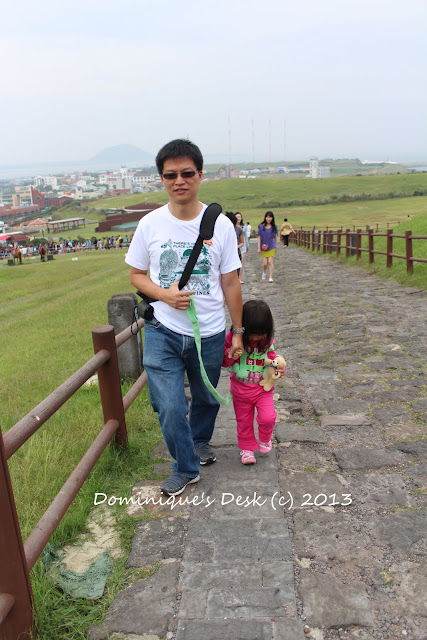 walking up to the peak

It was a hard track up as the steps got very steep and we had to carry Tiger girl on the way up. It was simply exhausting but the view that we saw was rewarding enough. 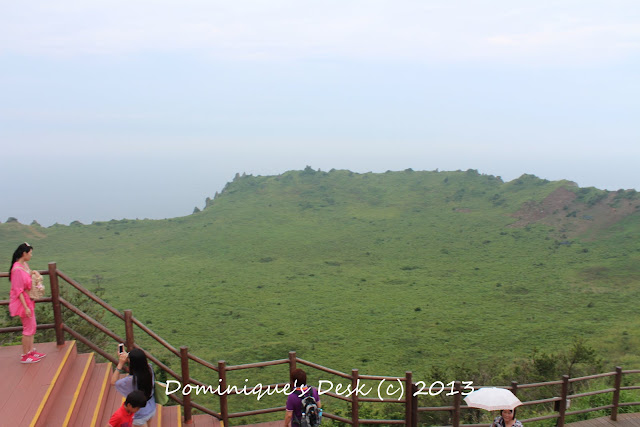 The view was magnificent. On one side we could see the whole crater while on the other side we saw the rest of  Jeju island. 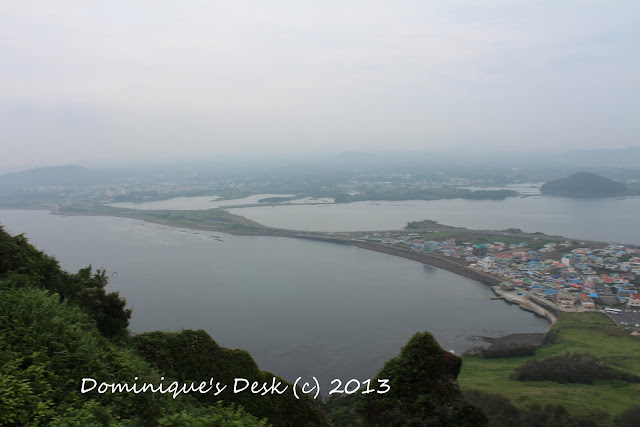 The view from the peak

The houses look really tiny from the distance and we could see the mountains in the background. 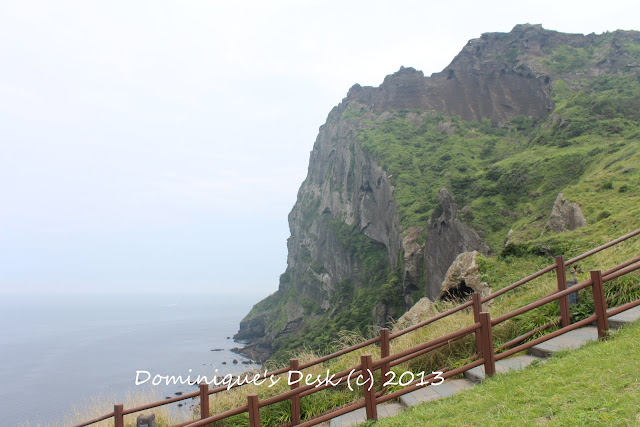 The view of the cliff

While coming down from the peak we saw this view of the cliff. At the other end was a small cove where there was a diving center. 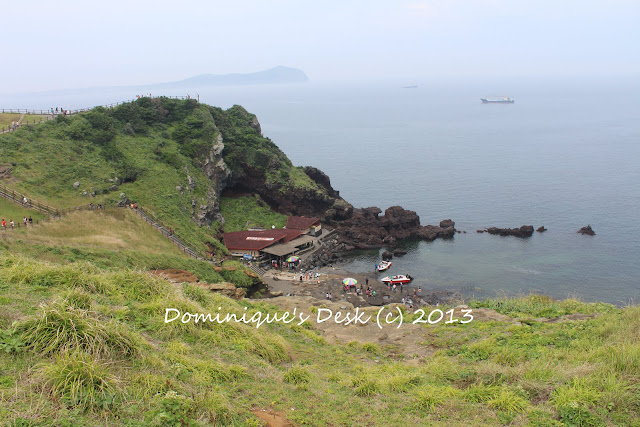 That was the location for the women diver show where by elderly women dive into the sea without breathing equipment to collect abalone.

Have you been in touch with Nature lately?

Where is the last place which you have visited?