Inside the Jeju Island Manjanggul Cave 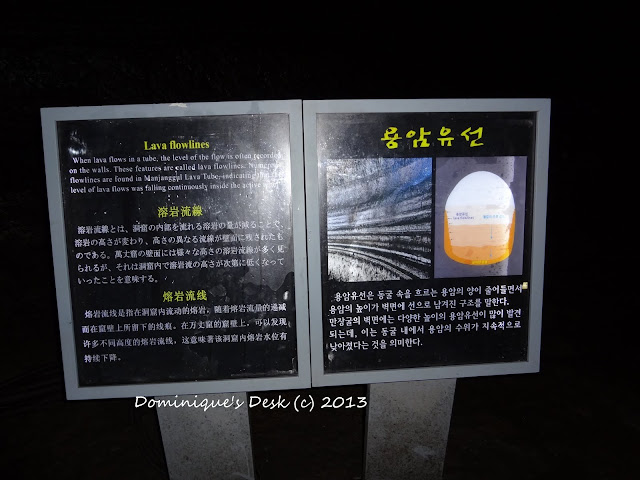 It was the first time that we went into a wet cave which had was dripping from the wall. It was cold and damp inside and luckily we brought along jackets for all as it was really very chilly. 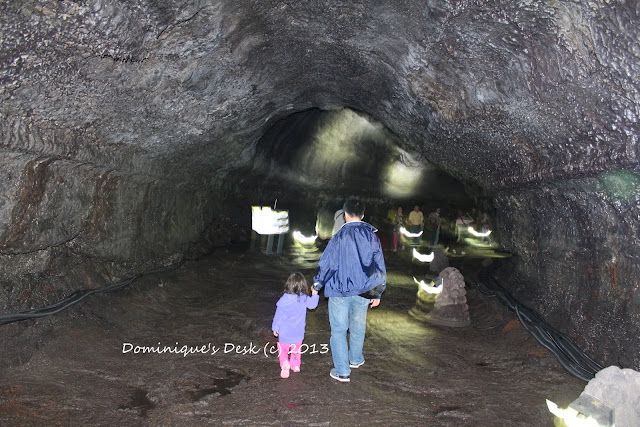 Back view of R and Tiger girl

Only 1Km of the 4km long cave is accessible to public.  The rest has been closed up to preserve it.  There was only one entrance and we had to track back after reaching the turn around part. It wasn’t easy walking in the cave even though it was lit with lights but the rough and uneven terrain made it difficult for one to walk without stepping into puddles. 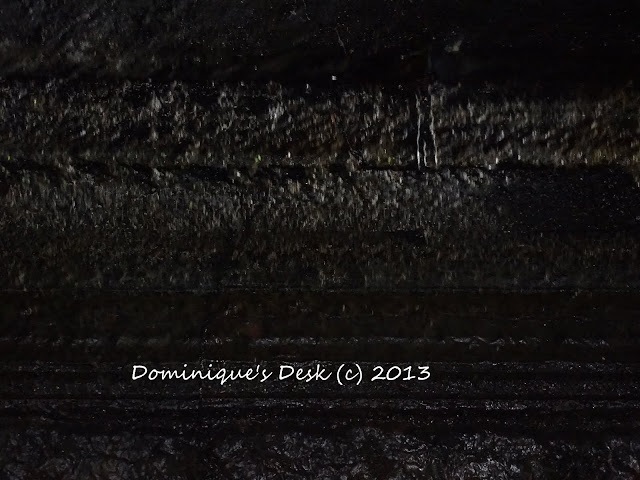 The layers on the wall

While trekking through the cave I saw the lava lines on the wall. There must have been quite a few  volcanic eruptions on Jeju island for so many layers of lava to have solidified over the years. 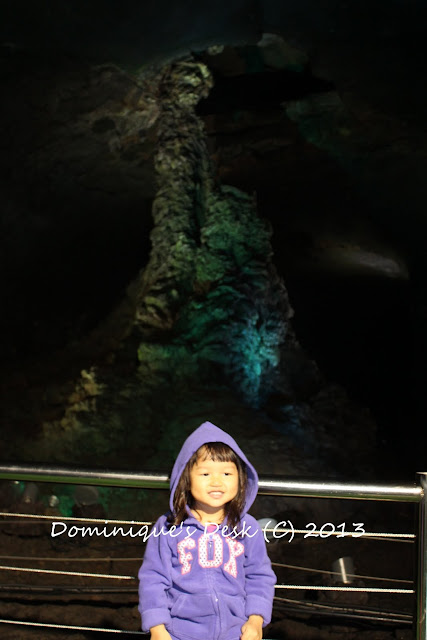 The large stalagmite at the end of the trek

After the nearly 40 minutes walk we arrived at the end of the tunnel and saw a really cool stone pillar which was illuminated with colored lights from the bottom.  It really looked magical.

Have you been in a lava cave?

Join in below  with your wordless/wordful post this week.