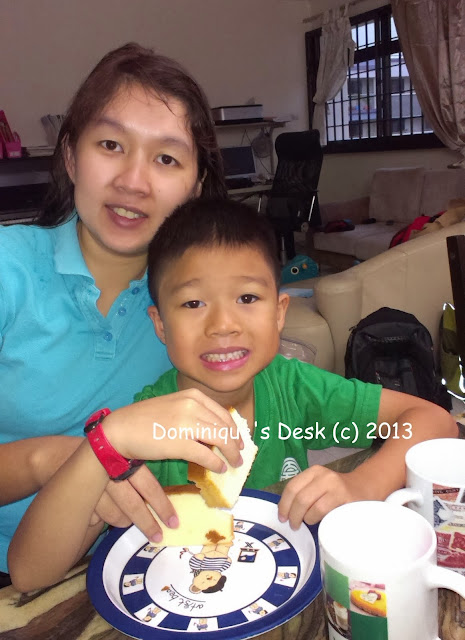 Doggie boy and me enjoying some cake

Spending time eating together is what the kids and I love to do. As we indulge in filling our stomach with the food prepared for the meal we get to relax  and enjoy each other’s company.

The dining table at home is the place where we spend the majority of time together. It is a place where most family bonding occur as we share our thoughts and recount the events that happened in the day.  A lot of laughter and jokes have been shared during mealtime and we catch up with what one another has been doing then.

On certain days when the kids come home early from school they help in the food preparation for dinner. 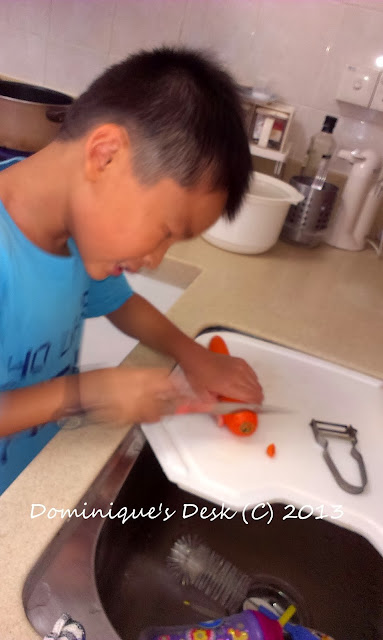 Before starting on meal preparation I make sure that he has his hands properly washed with anti bacterial soap. It only takes ten seconds and his hand is 99.9% germ free.  It is important to make sure that  food is handled hygienically and prepared properly to prevent any chance of having food poisoning.

Being 9 years old Monkey boy gets to help out in the food preparation and cooking of a portion of dinner. He not only learns a life skill of learning but also appreciates the effort it takes in creating a home cooked meal. Doggie boy and Tiger girl on the other hand help to set the table, clear and wash the dishes after meals. 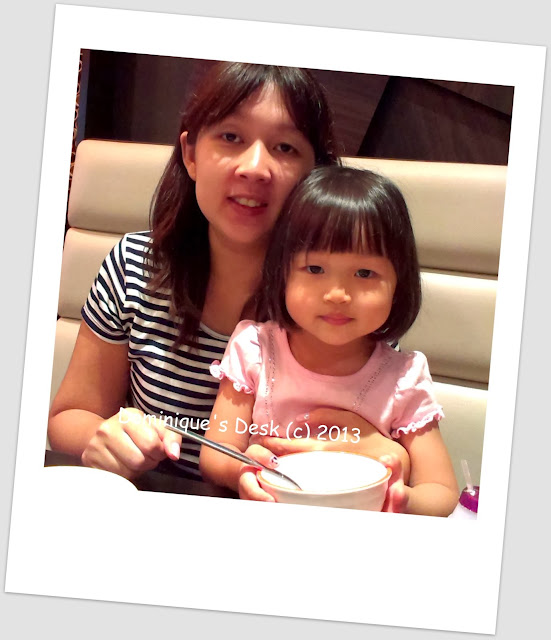 How does your family bond?

Disclaimer: I’m participating in a campaign by Lifebouy. All opinions are 100% my own. Results obtained from the usage of the product may vary from person to person. Please do your own research when purchasing products, as your opinions may differ from mine. This post has a Compensation Level of 13. Please visit Dominique’s Disclosure page for more information. 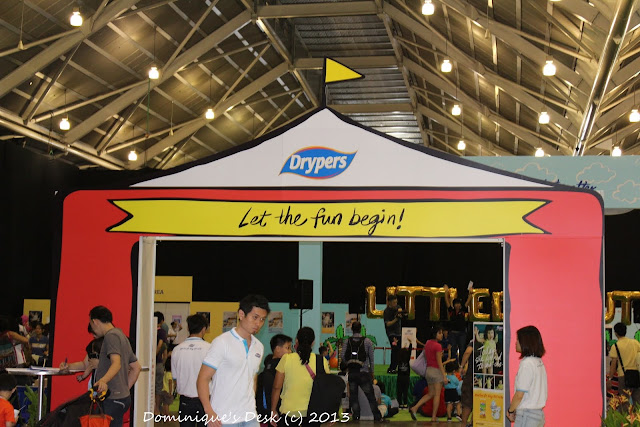 The entrance which greeted us upon entering the hall

Last week we were at the Singapore Expo to check out Drypers Little Day Out which was on at Hall 4B.  There were many families there who brought their kids to take part in the activities that were organised by Drypers.

There were a few different areas which were set aside for kids of different ages as you can see from the map above. Parents could attend the talks on how to help your child or let the kids listen to the show and tell sessions which conducted. There were  activities for everyone in the family and games which both parents and kids can participate together. 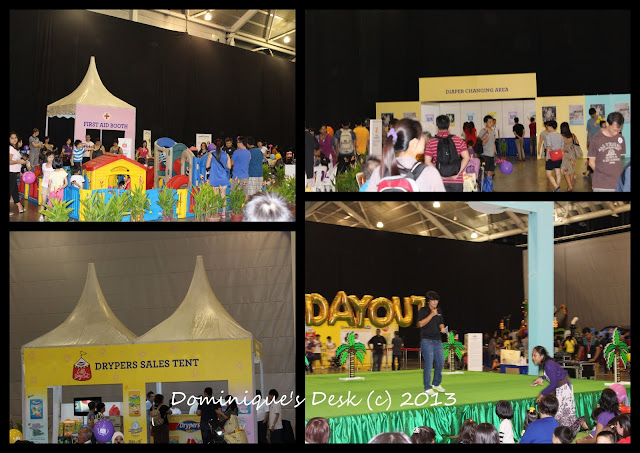 The different areas in the hall

There were certain areas like the Baby Fun Zone , First Aid Tent and  Diaper changing area which we gave a miss as the kids were more keen on the rides.  You could even buy Dryperz ‘ Wee Wee Dry’ & ‘Drypantz’ from their sales tent and I did see many parents stocking up on them before exiting the exhibition. 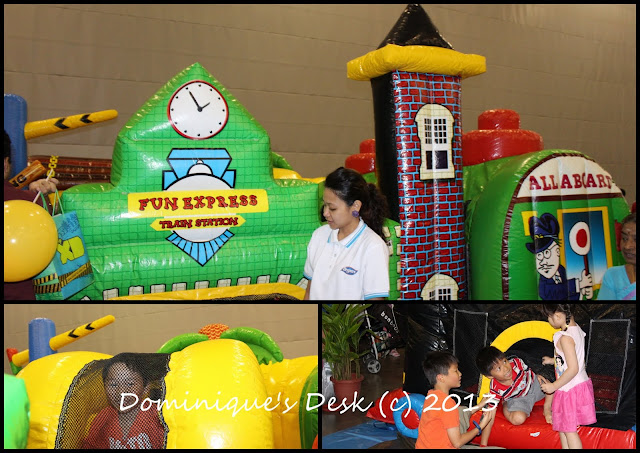 The boys had fun lots of fun inside this Thomas the train station look a like bouncy castle. Tiger girl wanted to enter the bouncy castle however seeing that the kids within the bouncy castle were bigger and more rowdy then her she decided to turn her attention to the choo choo train ride instead. 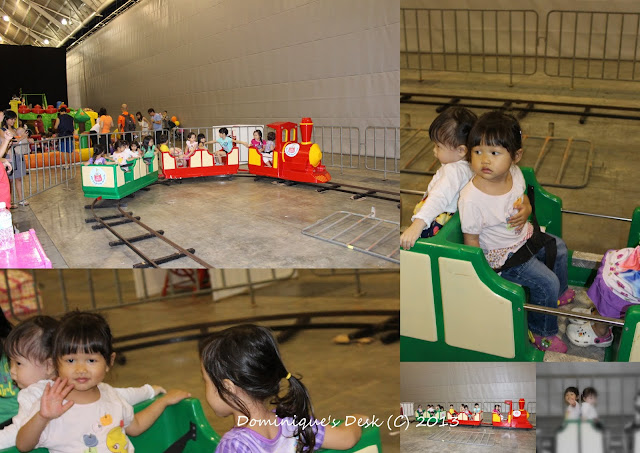 Tiger girl loves trains and couldn’t wait to go on the train for a ride.  The boys wanted to go for a ride too but as it was for ages five and under so they had to give it a miss. The train went one small round and she wasn’t satisfied with the short ride. Tiger girl promptly queued up again for a 2nd round once the 1st ride was over. 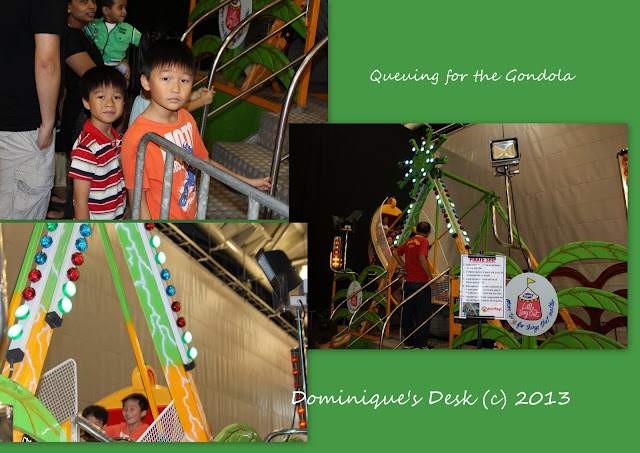 The boys on the other hand queued for the Gondola after getting their fill of the bouncy castle.  There were many families and even babies which went on the ride with their parents.  I chose not to go on the Gondola with them as I was looking after  the pram and taking pictures of them.  They really enjoyed themselves swinging back and forward in it. 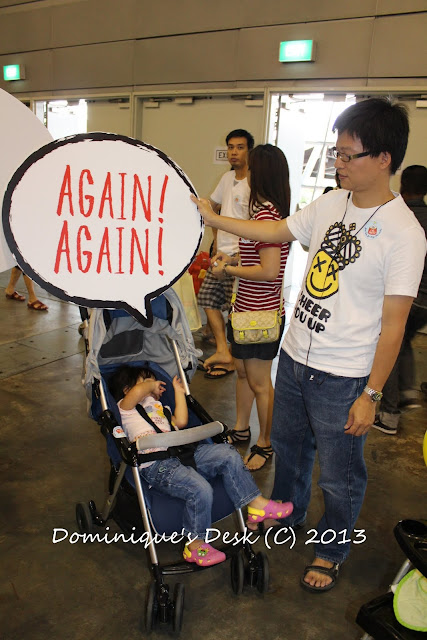 Having fun with the signs

R playing with the sign placing it on top of Tiger girl.  I’m guessing she must be trying to hide away again from having her picture taken as she was getting cranky by then. 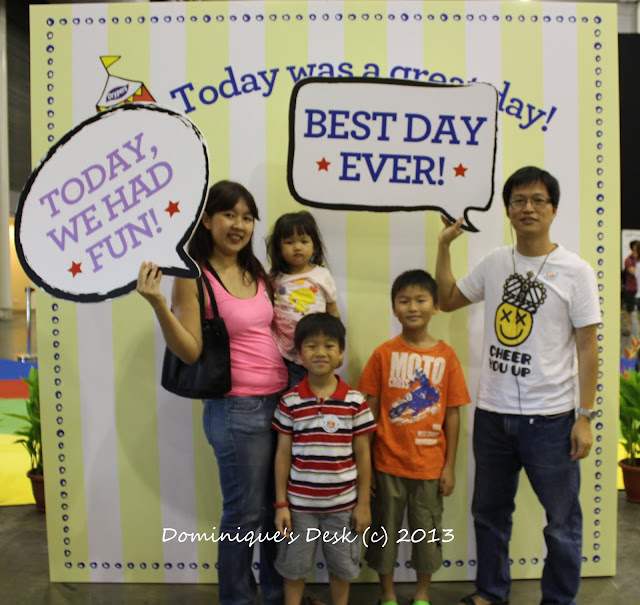 A family shot taken at their photo booth

We spotted this photo booth on our way out and stopped to take a family photo.   It was not that professionally taken like those we have done before but I found the pocket size shots were nice momentos for me and R to have in our wallets. It was a great day of family bonding for us.

Did you enjoy yourself on the weekend?