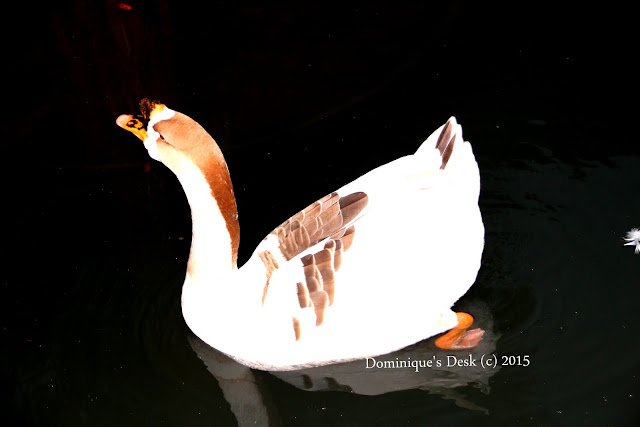 A swan swimming in the pond

During our recent holidays in Taiwan we came across some of the local animals in the places we visited.  There were some ducks and swans at the place where we did tie dye. 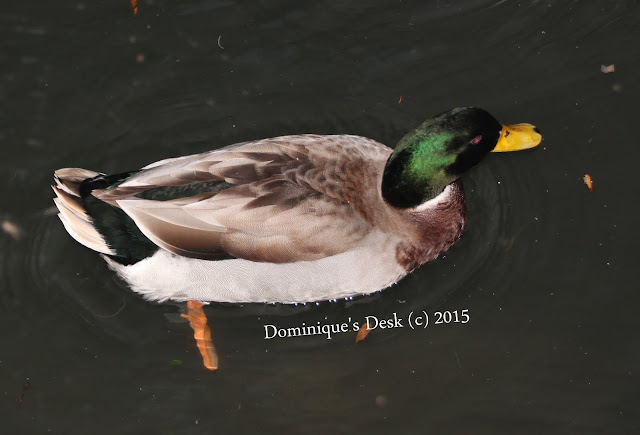 A duck I saw

They were happily swimming around in the pond  during dinner time.  I love this green head duck. It looks like the traditional wooden duck that we normally see in the shops. 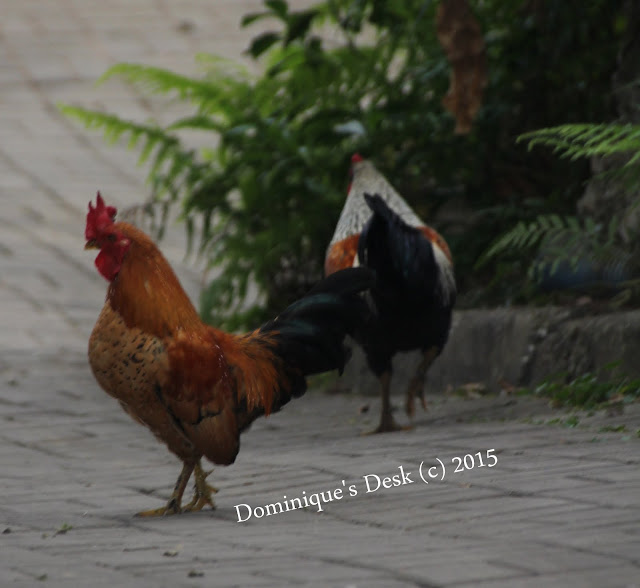 There were chicken too roaming the grounds at Zhuo Yeh Indigo House  in Sanyu.  I didn’t get very close for a picture as I didn’t want the chicken to go scattering away before I could take a shot. 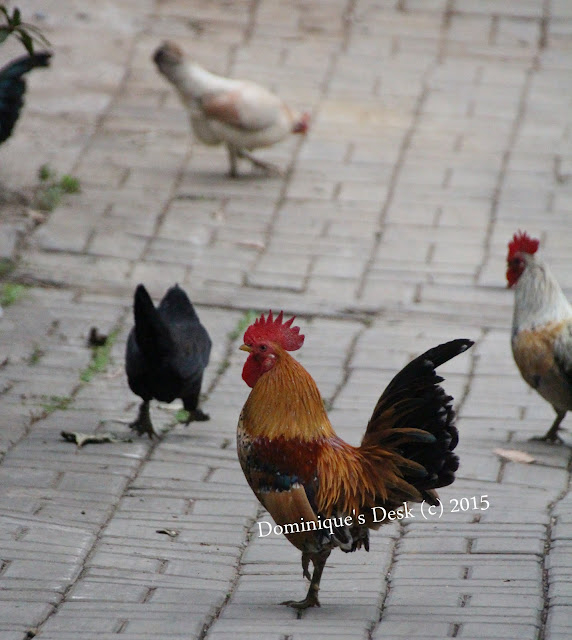 Another view of the chickens 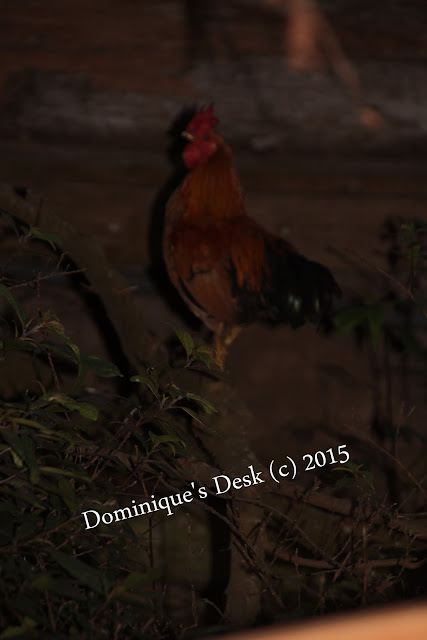 The same chicken up a tree

I didn’t know that chickens love roosting in trees. I always thought the they stayed on the ground or in the hen house when it was time for a rest. Really interesting to see them perching on branches on a tree. 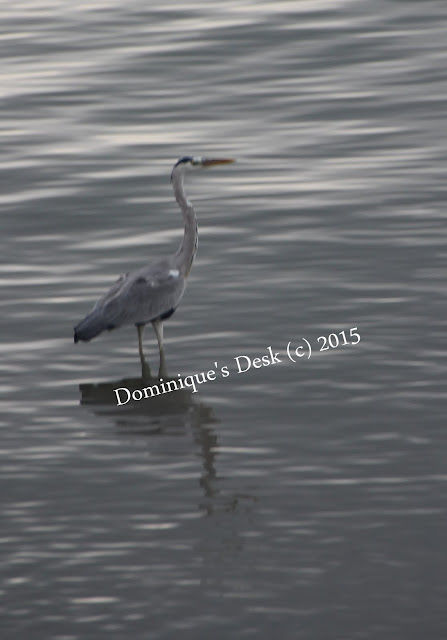 A crane I spotted at DanShui

The kids are not very big fans of animals so we didn’t put the Zoo or farm stay on our schedule  for this trip.

We did spot a few cranes at the river side in Danshui when we went there for a morning walk. 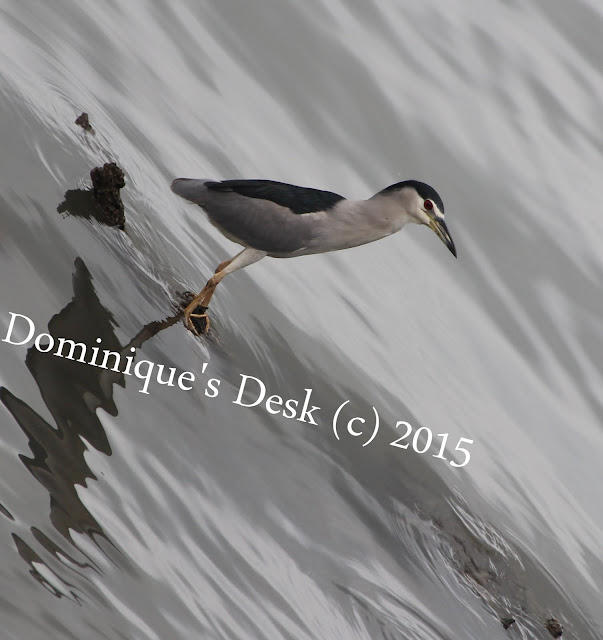 A bird I saw while crane spotting

Have you seen any animals lately?

While on holidays in Bintan two weeks back we spotted some Monitor Lizards during our nature walk around the hotel premise.  I went on a guided nature tour with R as part of our weekend getaway package we had at Angsana Bintan Resort & Spa at Bintan Island, Indonesia.  It has been a while since we last went for a walk around and it felt nice being out in nature.

Another shot of the same small Monitor Lizard

I had to zoom in all the way to get a clear shot of this reptile.  I didn’t dare go too close as I was afraid that it would scamper away and disappear into the pond if it detected our presence.

I wanted to get a better shot of this reptile but it hurried off before I could get closer. 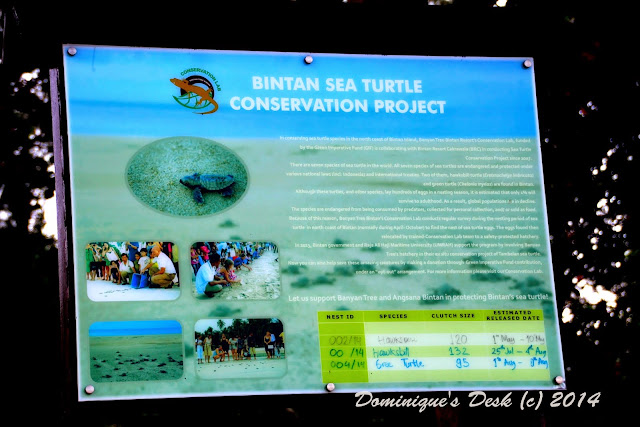 As part of our walk we were taken to the Turtle hatchery they had at the resort and saw two different endangered species which they were trying to preserve. – The Green Turtle and the Hawksbill Turtle. 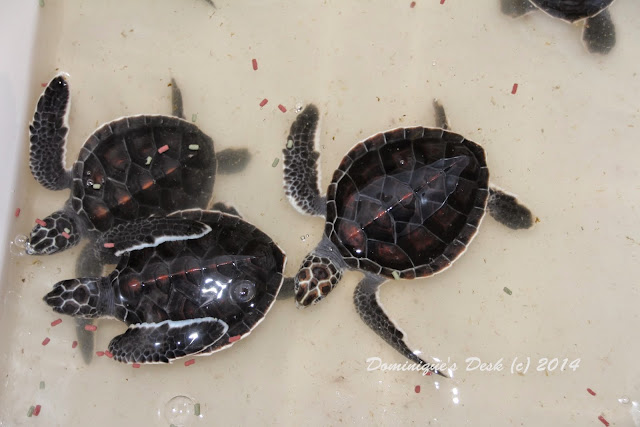 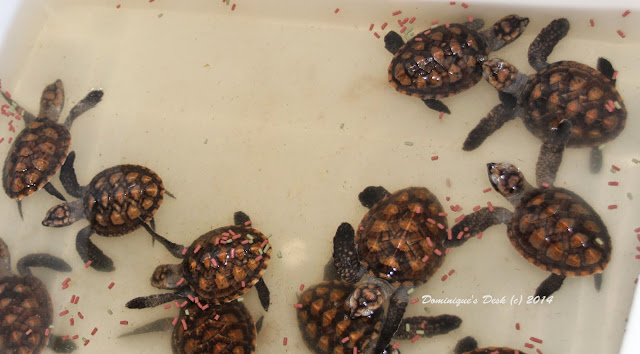 It was feeding time at the conservation lab and these hatchlings  were enjoying their lunch.

It was really great to see that the hotel was so into preserving these endangered species and doing it’s part in their conservation.

What animals/insects have you seen
around lately?