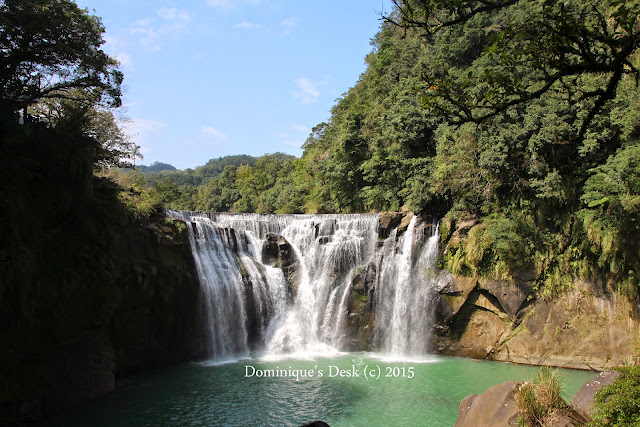 Standing at 20 m tall and 40 m wide Shi Fen Waterfall  Park 十分 瀑布公园  was one of the places we visited during the Valentine’s Weekend in Taiwan.  I have a passion for waterfalls  and showcased some mini ones last week.

Nicknamed the ” Little Niagara” this waterfall is a very popular stop along the historic  Pingxi Railroad. There is even a train stop at the waterfall itself. 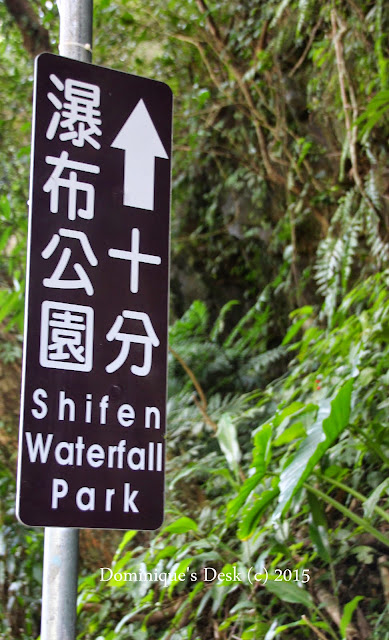 This way to the waterfall

It takes about an hour drive from Taipei and we started our journey bright and early after breakfast that day. 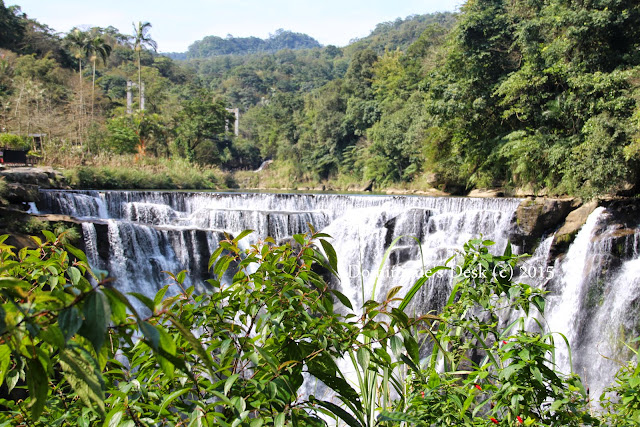 The view of the waterfall from the first lookout point.

There was three different spots to view the waterfall from.  At the first viewing platform we could only see the top of the falls as there were rather tall trees blocking my view. 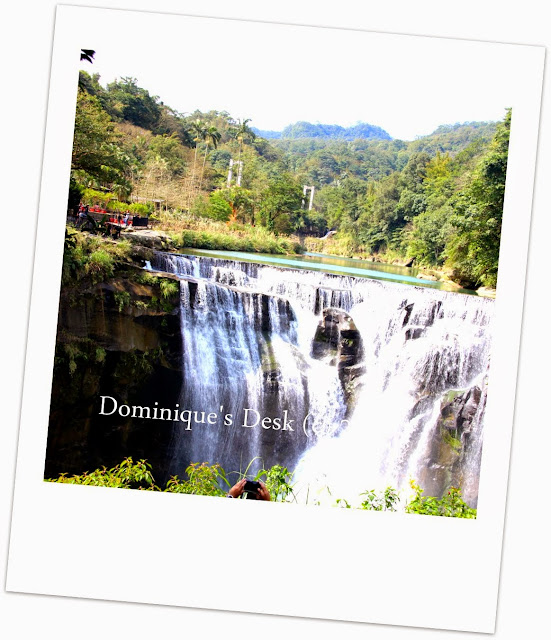 The view from the 2nd spot

From the 1st viewing place we walked to the 2nd. This one was lower down from the 1st and gave us a wider view of the falls. 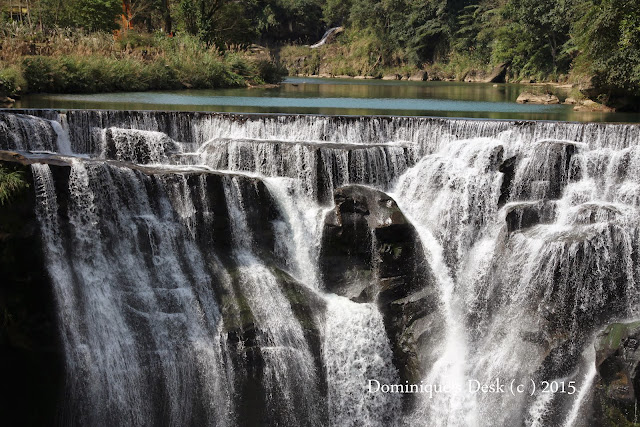 A zoomed in picture of the falls

Looking at the water cascading over the rocks was a really magnificent sight. 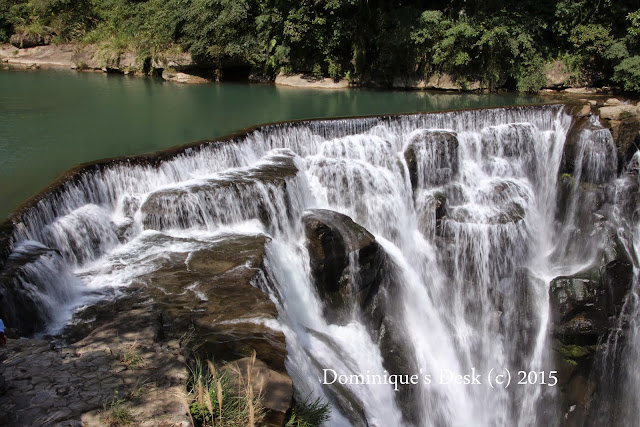 The view from the 3rd lookout point

Join in this week for Wordful Wednesday in the linky below.