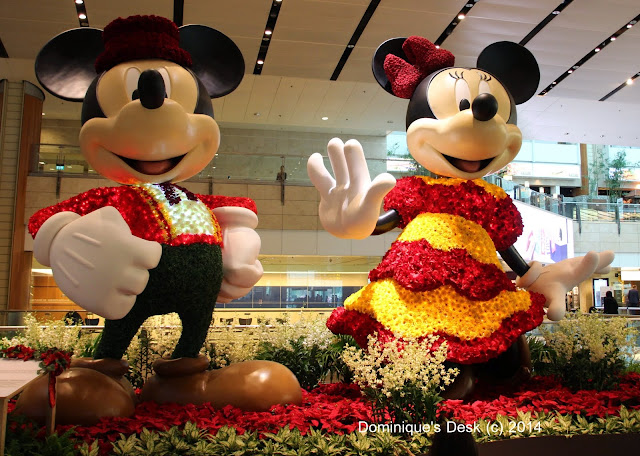 Looking to experience some Disney Magic?

Come on down to   Singapore Changi Airport

The Magic of Disney can be felt this festive season as the airport comes alive with figurines of Mickey , Minnie and the friends.

From now till 5th of January 2015 Changi Airport has been transformed int a a magical holiday wonderland with various Disney themed set up. 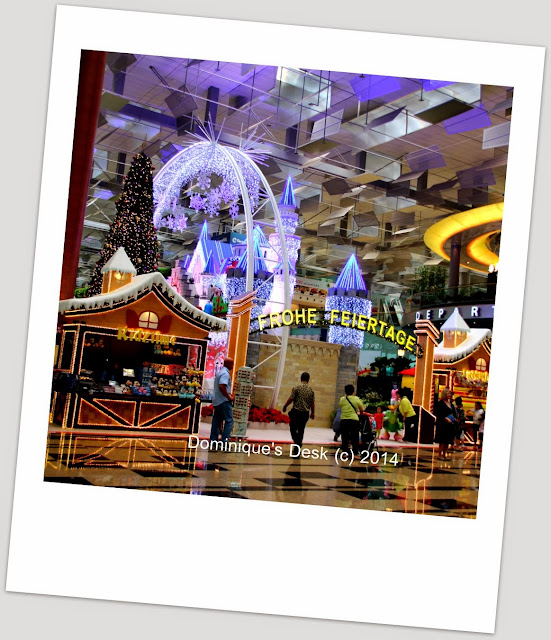 The side view of the  Neuschwanstein  castle at Terminal 3

The kids and I were invited to experience some of the Disney magic this school holidays .  The kids love Disney and had a blast when we brought them to Tokyo Disneyland  last December.

This year we didn’t have any Disney trips planned for them and  it was really great that they  were able to experience Disney magic  here in Singapore. 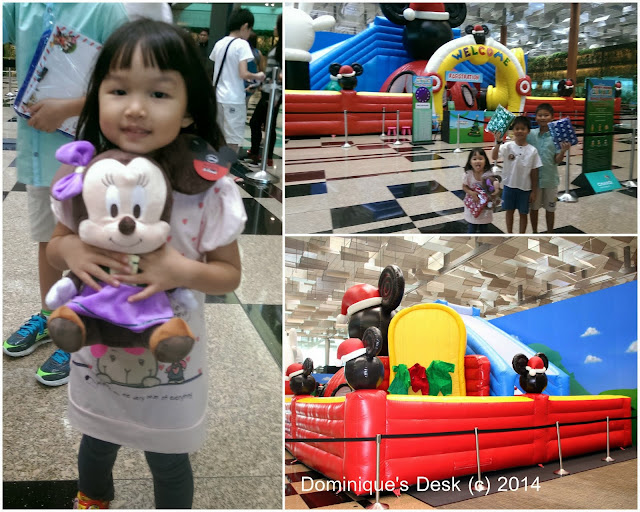 The kids couldn’t wait to try out this Mickey Mouse Clubhouse Bouncy Playground which was located near Check in Row 11 at Terminal 3.  There  clubhouse has  a 3 Meter high slide, sticky velcro wall and ball pit within the setup.

Open daily from 12pm-10pm, one just needs to present any same-day receipt ( minimum spending of $30) for a single entry 15 minutes play session.

Do note  that your child has to be between 1-1.5m and under 55kg  to be able to gain access into the playground to play. 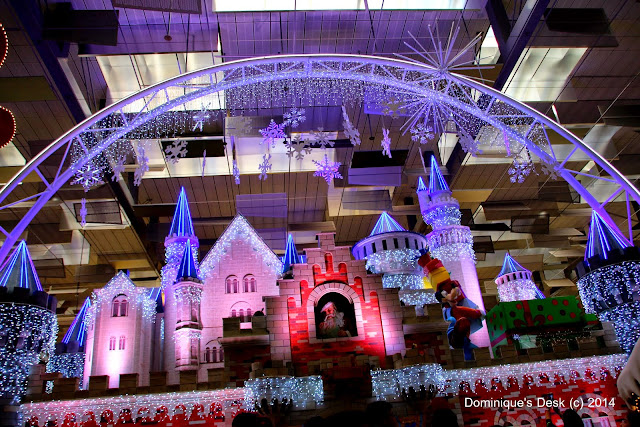 The upper level at the Neuschwanstein Castle

It was unfortunate that the playground was closed, as it was break time for the  airport staff, when we were there so we headed over to  view the Neucschwanstein Castle instead. 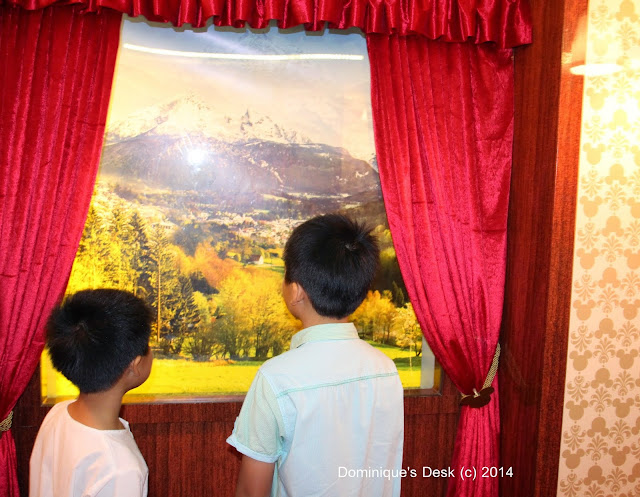 The boys at the moving train windows inside the castle.

It was really crowded at the castle as everyone was busy trying to snap shots of their favourite  Disney characters and the exterior of the castle. We headed to the interior which was replicated to look like the cabin of a train instead for a tour. 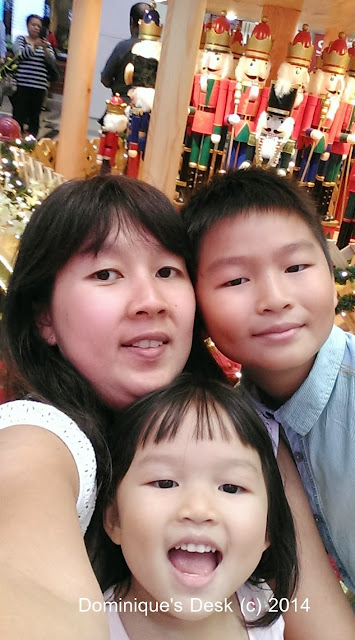 A Wefie with Monkey boy and Tiger girl

Instead of trying to capture parts of the building with the growing crowd miling around waiting for the Interactive storytelling show, I decided to take a picture of us instead. 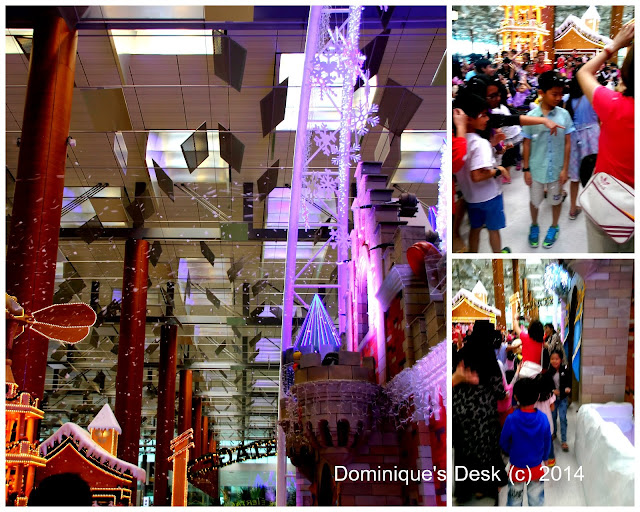 The kids experiencing the “snow” at the castle

After waiting for awhile the Multi-sensory show  begin.  The kids experienced having “snow” falling on them at the end of the show when the castle started spurting out soap suds.  The kids didn’t stay long to experience the snow as we headed back to the Mickey Playgrounds as it had open for play by then. 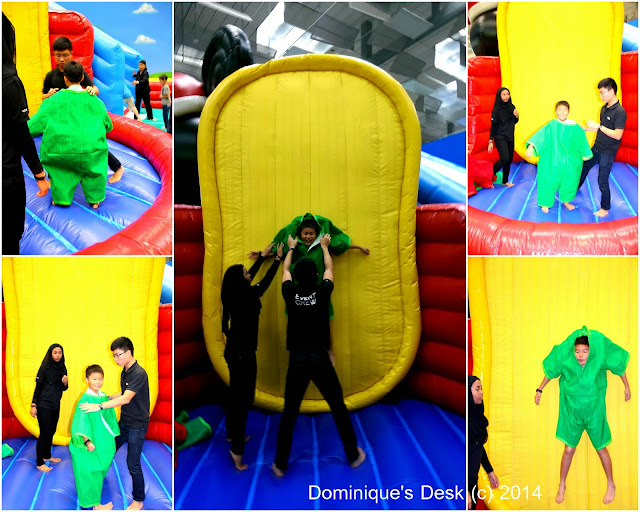 Monkey boy being stuck on the velcro wall 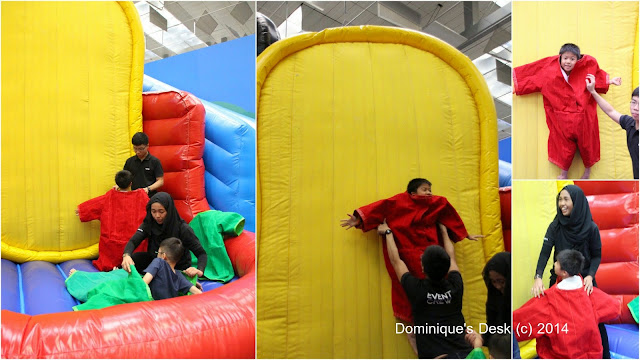 Doggie boy having his turn to be stuck on the wall

The boys couldn’t really stick themselves on the wall as the suits were heavy and rather large for their size. Being a bouncy playground, the structure that they were in was constantly shaking so it was difficult for them to get a proper foothold to be able to propel themselves onto the wall. They had to be placed up there by the airport staff instead. 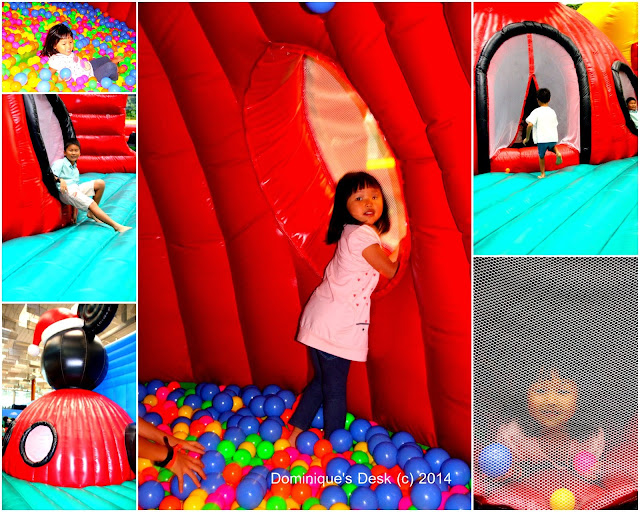 Tiger girl inside the ball pit

This was Tiger girl’s favourite place in the playground. It was really cosy inside and roomy enough for 4-5 kids to play simultaneously together. 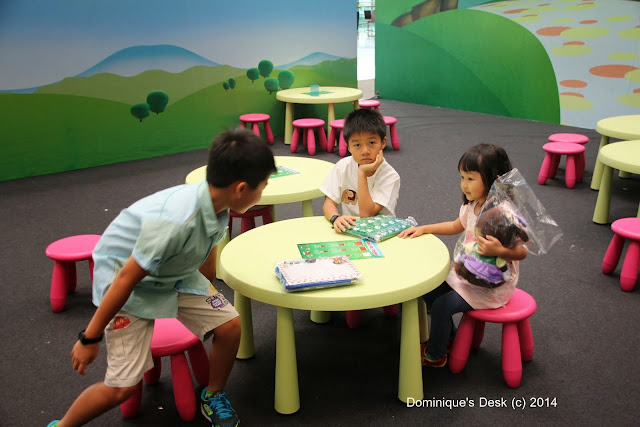 The kids at the activity corner beside the Clubhouse Playground

If you’re visiting  the airport during the weekend you maybe able to watch stage performers by professional ventriloquist puppeteers, French visual performers and contact juggler.

The kids can also have a chance to make their own crafts on the tables in the area.

If you are looking to take a photo with Mickey and Minnie there will be Mickey and Minnie Mouse meet -and-greet- sessions  on the 19, 20 and 21 December if you are interested. (Do refer to the Changi Airport website  for the specific timings) 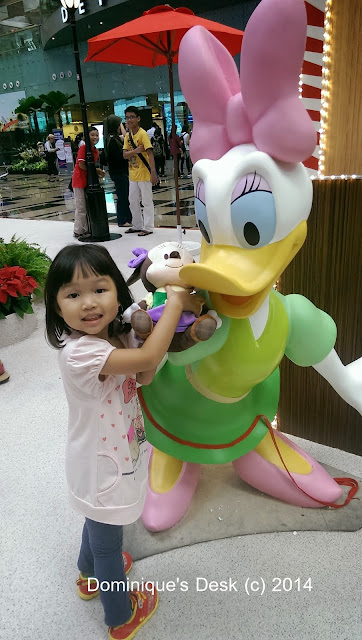 Tiger girl with her Minnie Mouse posing with Daisy

For Disney fans you can collect  a full set of six limited-edition Christmas plush toys featuring  Mickey and Minnie Mouse from Germany, USA and Spain.
Shoppers and diners can purchase each of these plush toys for S$3 when they spend a minimum of S$60 in a single receipt in Changi Airport’s public area, or S$100 in the transit area.
Disclaimer: We were invited by CAG  for a fun  Disney experience. All opinions are 100% my own.