10 signs to tell that you are in Disneyland 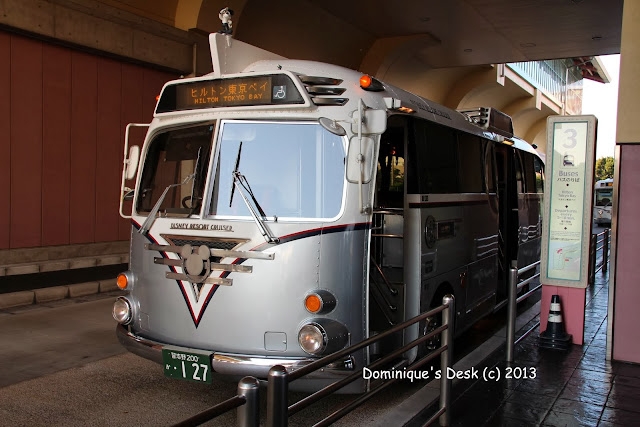 During our trip to Tokyo Disneyland we stayed at one of their Disney Official hotels in the resort.  We opted to stay at the Hilton Tokyo Bay as they had family rooms and enough beds for all the kids.

You know that you are in Disneyland when you see Mickey and Minnie on almost everything around you.

1. The shuttle bus from the hotel to the the train station has Mickey on the front and even on the side door. 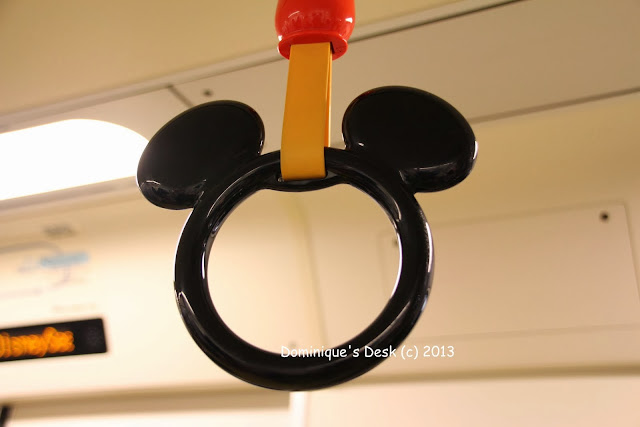 The handles inside the train

2. The handles for you to hold on too while the train is moving is Mickey shaped. 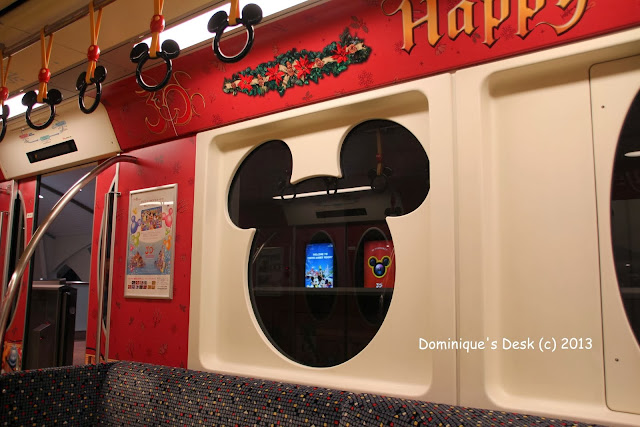 The windows of the train

3. The windows of the train are shaped like mickey instead of the traditional circle or rectangle. 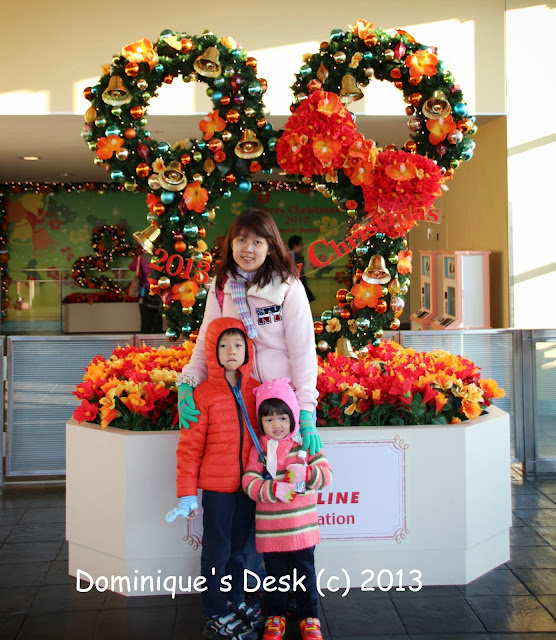 4.The decorations at the train station were also Mickey shaped. The one that we were standing in front off should be one that was representing Minnie mouse as it had a bow in it. 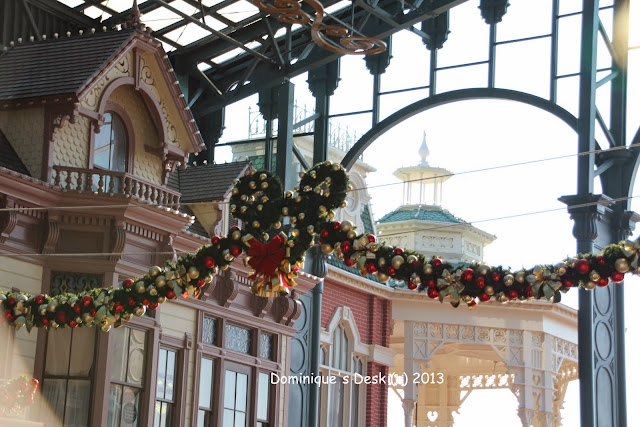 5. The streamers that were decorating the halls at Disneyland also had a Mickey embellishment in the middle. 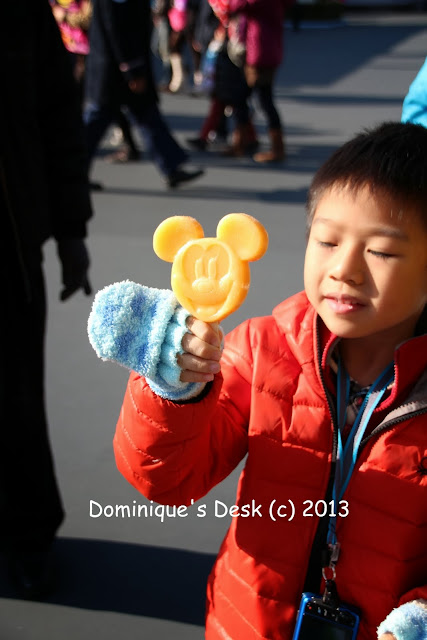 Doggie boy with his ice lolly

6. Ice lollies that were sold in the park also had Mickey imprinted on it.  They were very huge and the boys had trouble finishing them. We had to share the lollies that they bought to eat even though it was seriously cold at around 5 degrees that day. 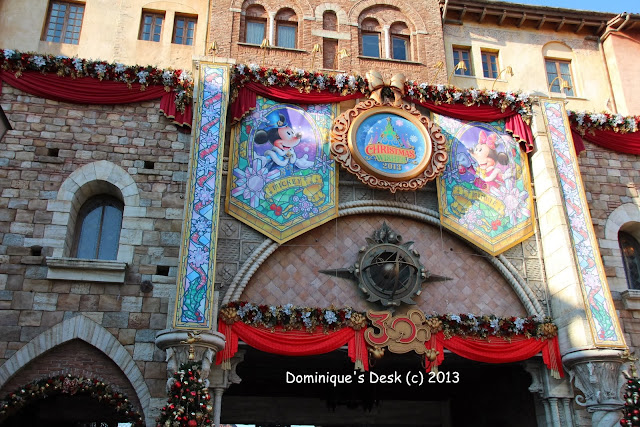 7. There were Mickey and Minnie banners outside the castles on the grounds in Disneyland. 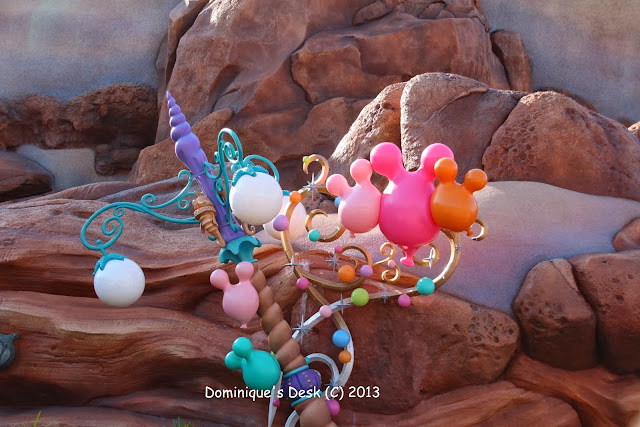 8 There were many whimsical looking Mickey inspired lamp post all around the park at Disney Sea. Don’t they look really cute? 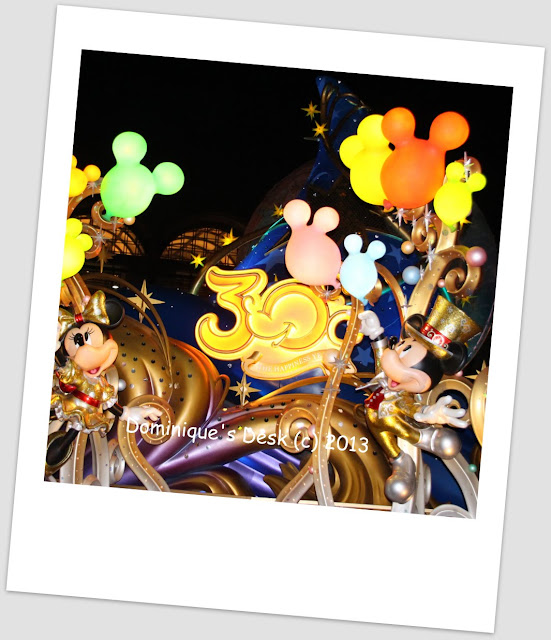 9. There are Mickey and Minnie figurines besides the displays at the entrance of the park. 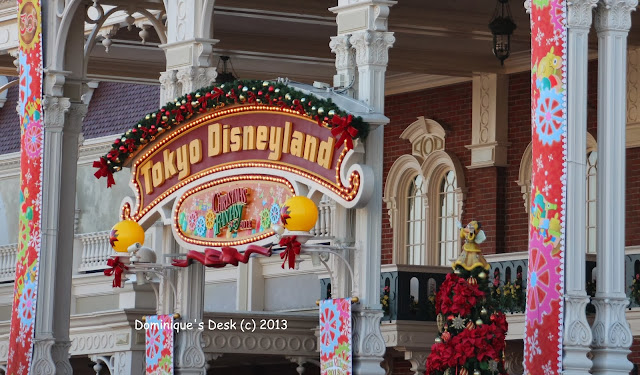 10. It states out loud and clear TOKYO DISNEYLAND  on the signboard at the entrance of the park.