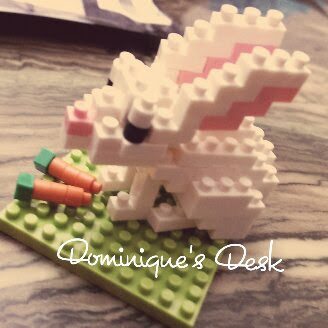 The kids have been asking for Nano blocks to play with since they were introduced to it at K’s birthday party in March.   Similar to Lego but in much smaller scale  and certainly takes lesser space on the display cabinet in the house after it has been fixed up.

A few weeks back there was a sale at a major shopping center and I purchased the  rabbit, electric guitar and grand piano sets for the kids to try out. 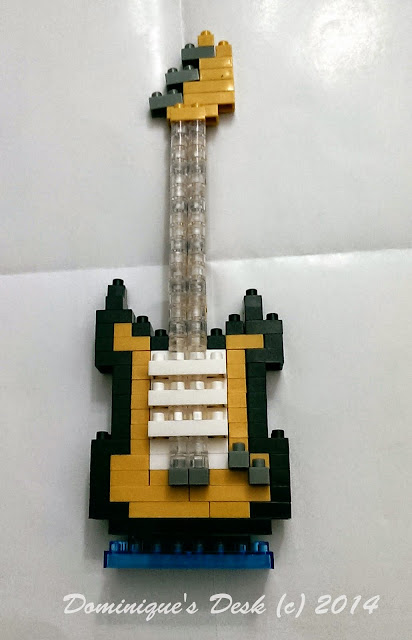 All of them were eager to try fixing their new sets however the level of interest waned rather quickly when they found difficulties following the instructions and manipulating the small pieces.

Tiger girl gave up after she saw the instruction manual as it was beyond her ability to comprehend as a three year old. Instead she did the ultra smart thing- pestering me to fix it for her and hurrying me at it as she felt that taking 10 minutes to complete the figuring was an EXTREMELY long time. 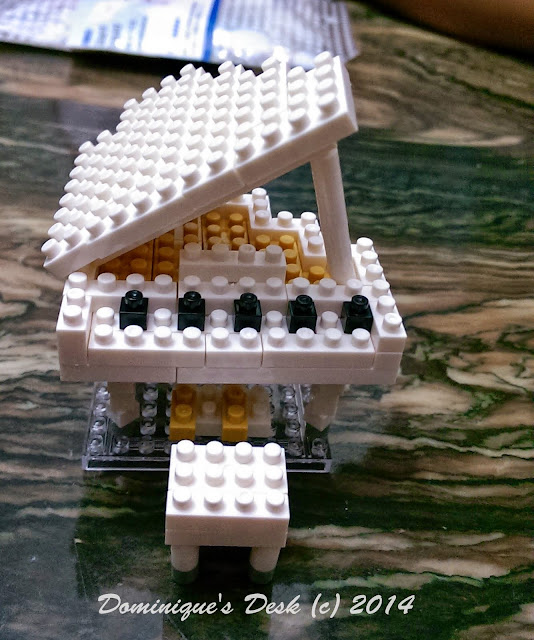 Doggie boy fixed half his electric guitar before conveniently passing it over to me to complete the figuring for him citing that it was a bit too difficult to comprehend. 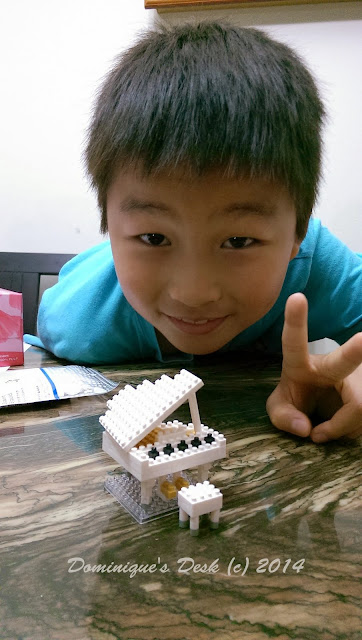 Monkey boy and his creation

Only Monkey boy had the patience to complete his set from start to finish on his own. I guess that age does play a part in  understanding the complexity of the instructions and following it through.

Do you kids love Nano Blocks too?

Top 10 Highlights of May 2014 Travelling Solo with Kids