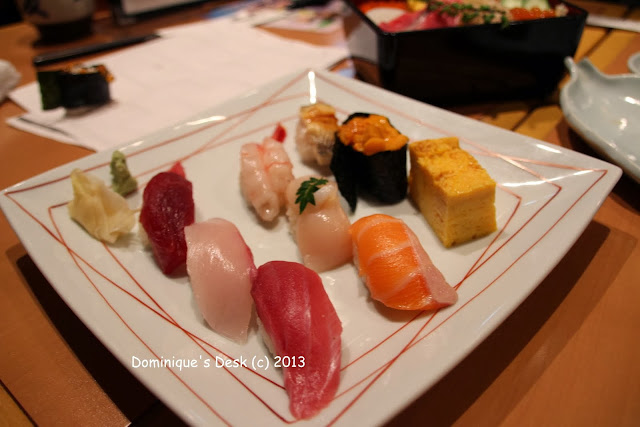 Last week while we were in Japan the kids and I had our fill of sushi from the first night we were in Tokyo. We found a restaurant at the shopping mall near the Hilton Tokyo Bay hotel which we stayed at during our visit to Disneyland.

The portion sushi which was served was much smaller then I had expected. I have seen really large portions of sushi being served in the Japan Hour episodes which I had caught on TV but these were kind of smaller compared to what I visioned. 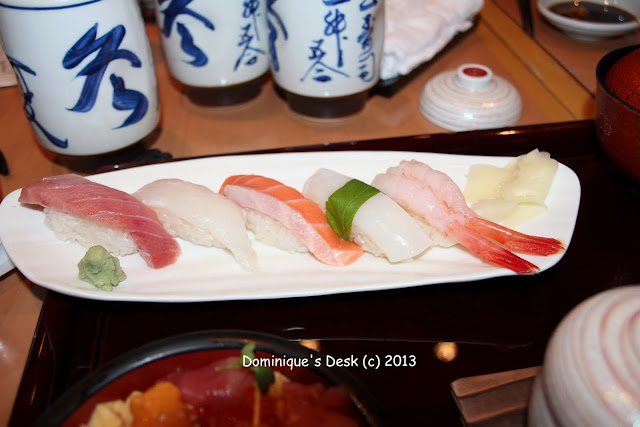 Another selection of sushi which we ordered as we were still hungry. 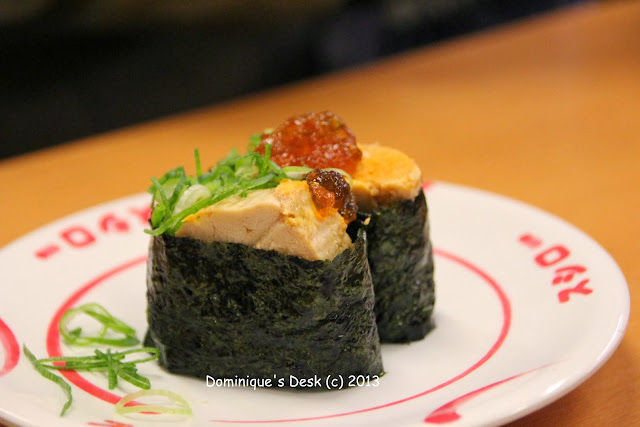 Close up of a sushi we ordered

We did get our fill of sushi while we were at Kawazawa . We drove to a 100 yen sushi shop which was highly recommended by R’s friend and ate till I nearly burst!! I will share more pictures of that sushi shop next  Friday 🙂