Sushi on a Friday 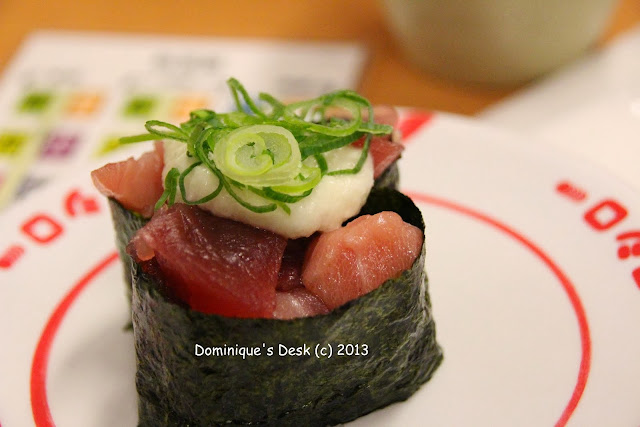 Last week I showed some photos of the Sushi which we ate while on vacations in Japan. This week I’ll be sharing more pictures of sushi at the 2nd Sushi restaurant which we went to. 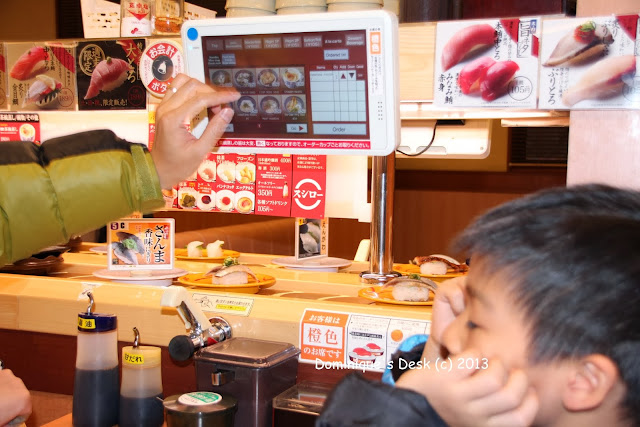 At this restaurant we could order everything from the touch screen at each booth. Everything was delivered via the conveyor belt and one just had to take note of the color of the plate which brought the specially ordered food to each table. Each table alone the conveyor belt was assigned a different color ( ours was orange) and the ipad beeped to alert us about incoming deliveries to our table.

I found that really cool and delivery was really very efficient as compared to the Japanese restaurants which we usually patronise in Singapore. 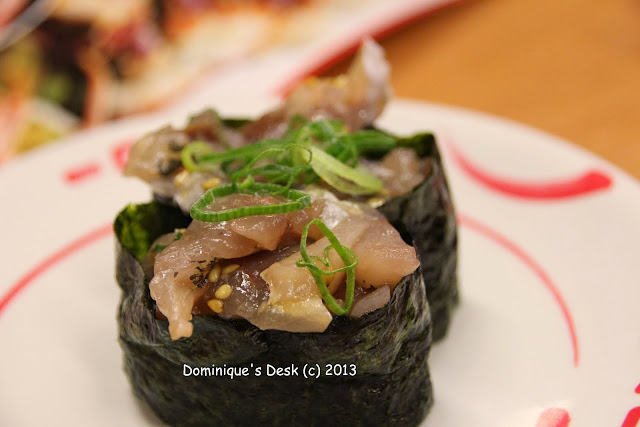 I can’t remember what the name of this dish is but it was some kind or raw fish which we ordered. 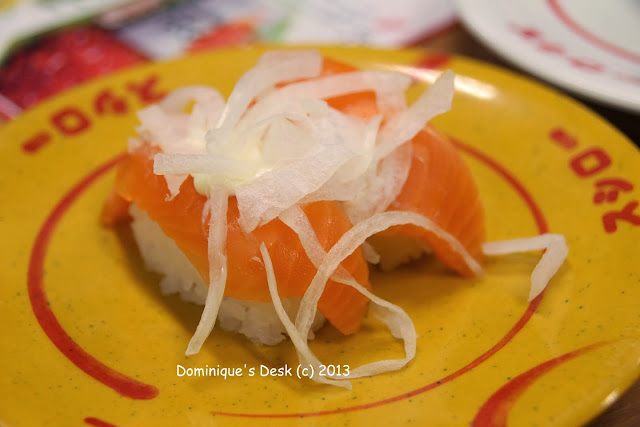 The kids had their fill of salmon sushi and other of their favourite pieces. It was really a value for meal dinner that we had.

What is your favourite sushi?