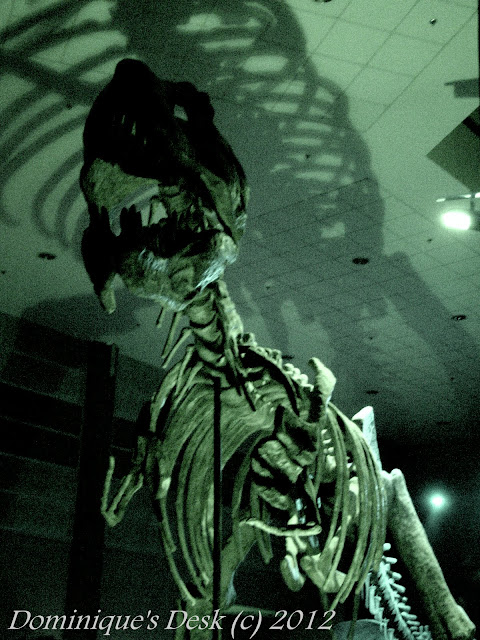 This week I’ve been thinking about the 2012 resolutions which I have made. One of the resolutions that I have listed down is to take more photographs and learn how to use the functions on my semi-pro Sony Cybershot. I have been having this camera around for about 3 years and I’m still not very apt in using the manual functions on it.

I’ve decided that this is the year 2012 that I really try out all the functions that I have on the camera. It would be a good training ground for me to experiment on until I get my first DSLR. I will dutifully try to use the different controls while embarking on the P52 project.

In the shot above I was trying to capture the awesomeness of the most ferocious dinosaur known to man – T-Rex.  The shot was taken from underneath the beast so you can see the shadow of the skeleton  on the ceiling. It’s my first time using night vision and I’m amazed at how different the shot looks from normal photos.