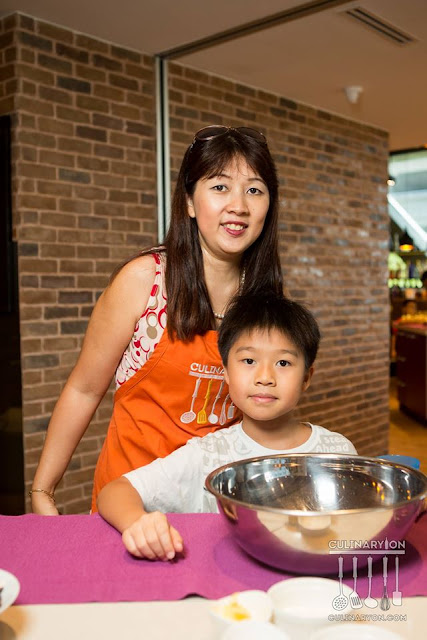 Doggie boy and me- Picture by Culinnaryon

The kids and I enjoyed a fun cooking experience with Culinaryon this January. We were invited to learn how to make pasta and chocolate lava cake from the culinary chefs  at the cooking school.

Located at One Raffles Place the studio occupies 7000 sq ft  and has 4 event areas with 16 cooking stations, 4 chef tables and a well stocked bars. 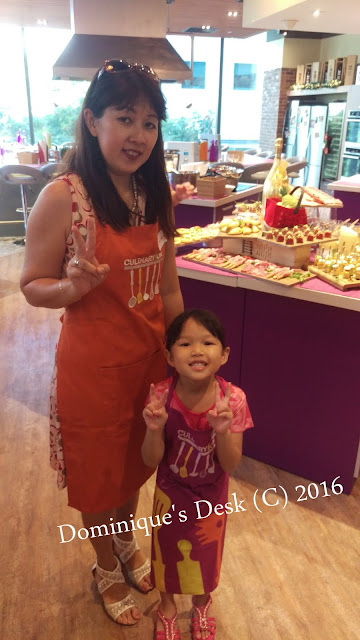 We were treated to light refreshment with  some Hors d’oeuvre before the cooking session started. 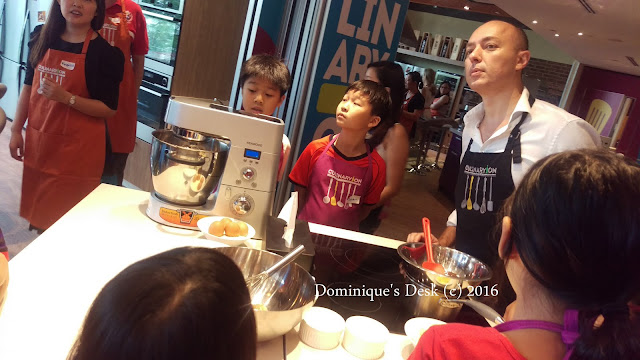 The boys with their chef

It was a hands on workshop and the adults and kids were separated into different groups. 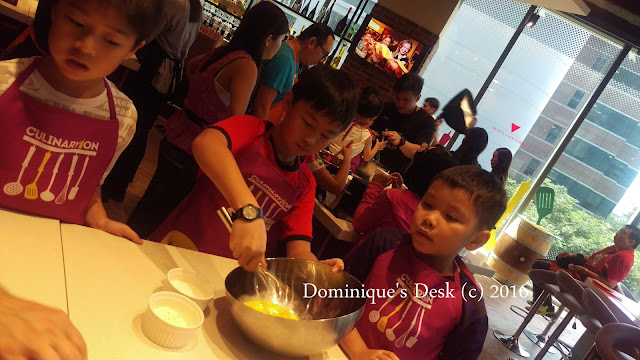 Monkey boy whisking the egg in a bowl. 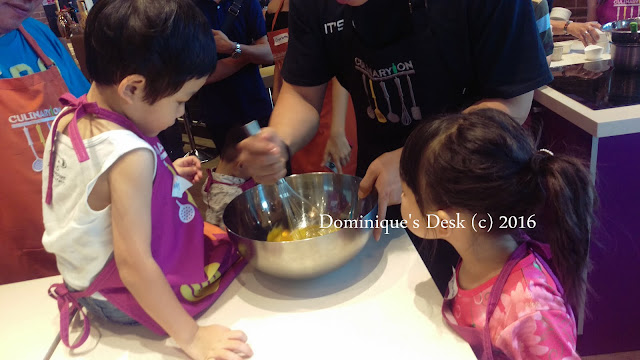 Tiger girl watching how the chef whisks the eggs

We started off making the Chocolate lava cake and were shown the steps that are taken to create the cake. 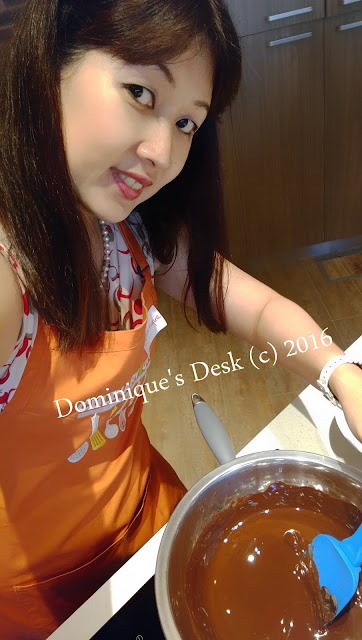 Melting the chocolate in a double boiler 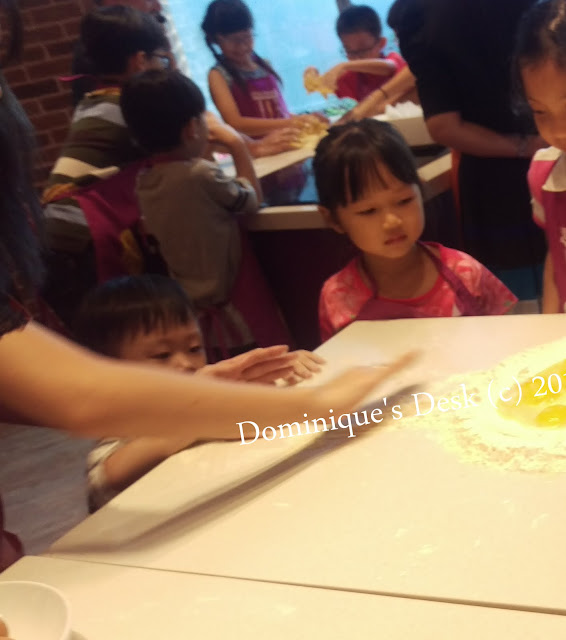 Tiger girl seeing how the pasta dough was made

Once the lava cakes were ready and placed in the oven to bake we started on pasta making.  The chef showed us how to make a well with the flour and place the eggs within it. Kneading it carefully the ingredients combined to form a dough. 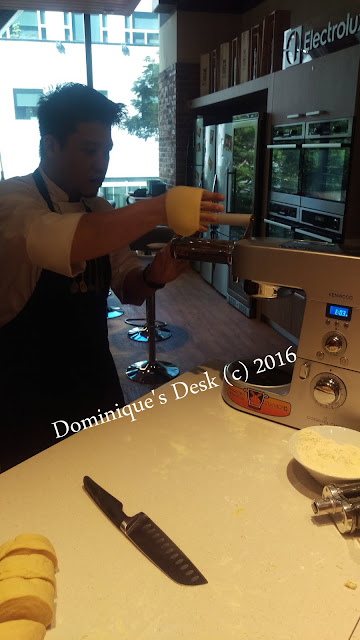 The chef putting the dough through the pasta maker

Once the dough had been made it was  cut into mini blocks before being sent through the pasta maker attachment to flatten it into sheets. 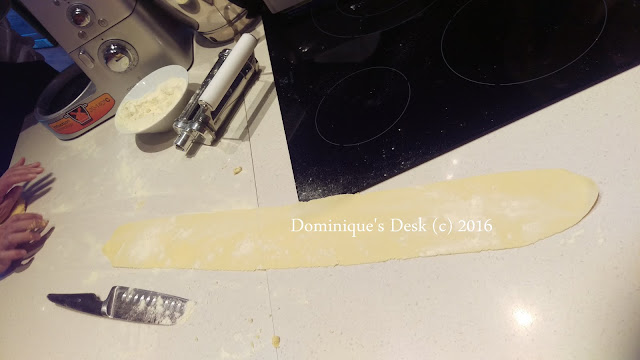 One flatten sheet of pasta 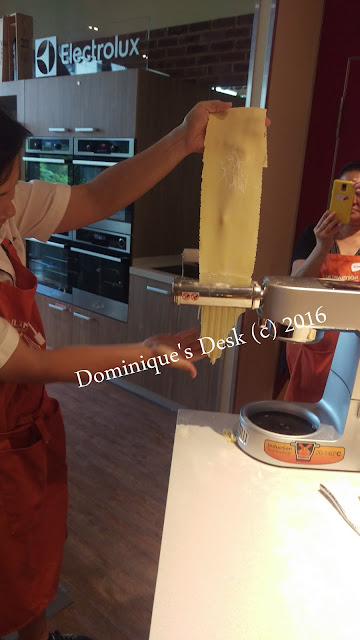 After the pasta had been flatten it was put through a cutter so that you get the noodle like pasta that you eat. 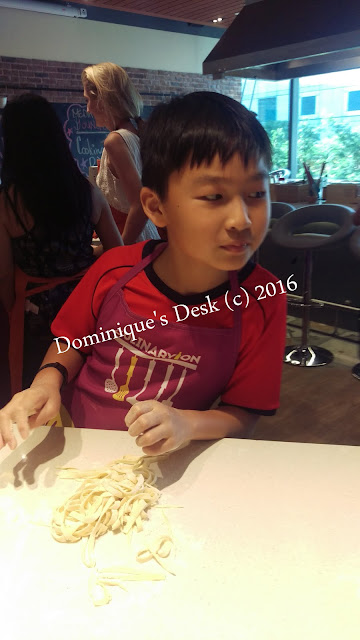 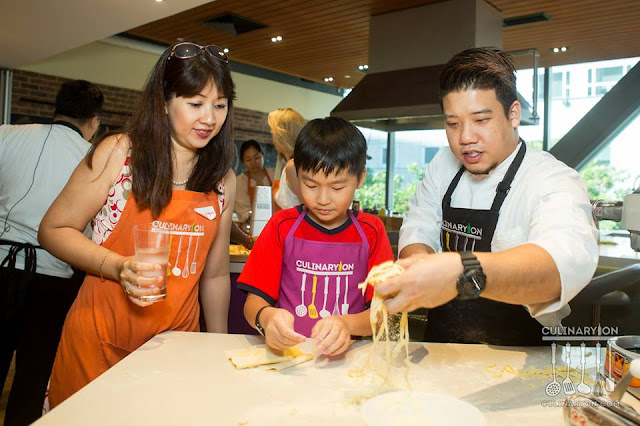 Monkey boy separating out the pasta

Once the pasta was made it was time to cook it. 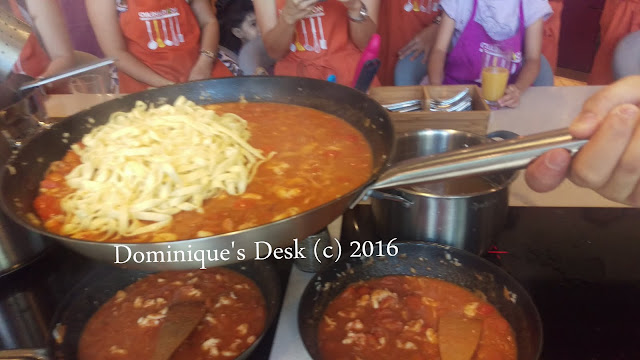 The adults had seafood pasta while the kids had two choices. They had either cream based pasta or tomato based one. 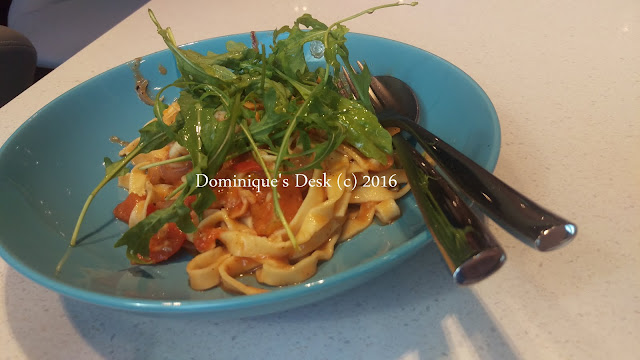 Seafood Pasta for the adults 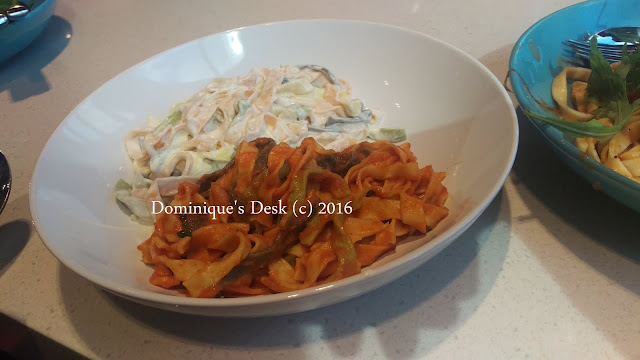 The two different pastas for the kids

Doggie boy loved the creme sauce based pasta while Tiger girl preferred the tomato based one.

Monkey boy and me had the seafood pasta and it was certainly yummy!! 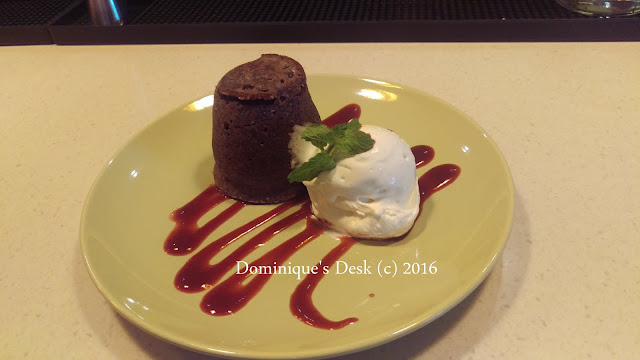 After pasta it was time for dessert  and the kids love the fact that they were served freshly made ice-cream made with nitrogen. 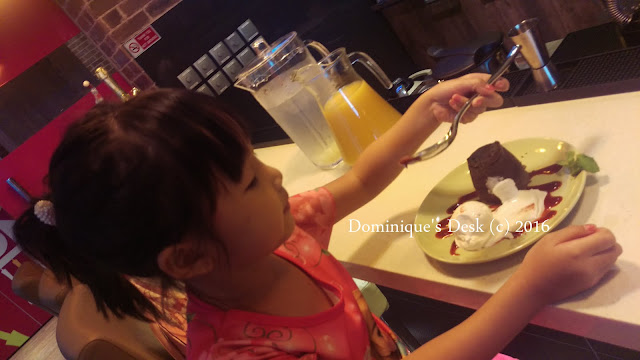 Tiger girl tucking into her dessert 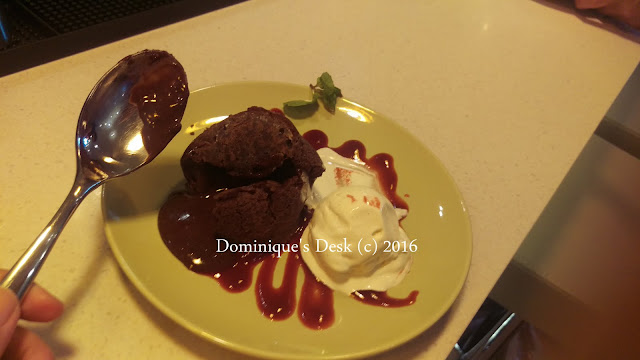 The molten chocolate oozing out from the cake 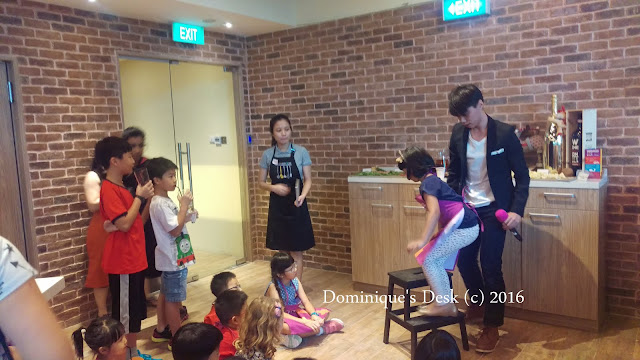 The kids watching the magic show

There was an entertainer there who put on a magic show for the kids after the food had been made. All of them were engrossed with his performance. 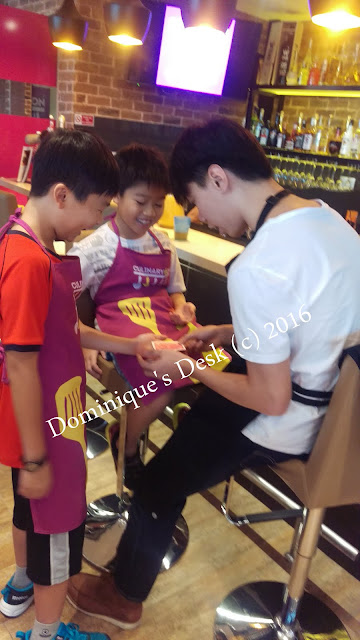 The boys seeking time alone with the magician

You could say that the boys were more interested in magic then cooking as they sourced out the magician halfway into their cooking lesson.  They were thrilled when he taught them a few different card tricks. 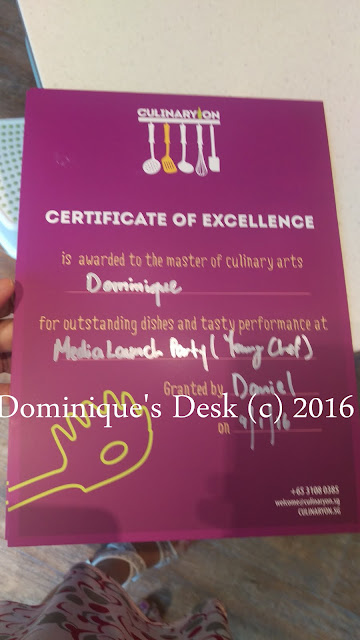 The certificate that all of us received

The afternoon ended off with the distribution of certificates which marked our participation in the class.

Have you attended a cooking/baking class

with your kids befor

Disclaimer: We were invited to attend a cooking sessions for parents and kids at Culinaryon. All opinions are 100%  mine.