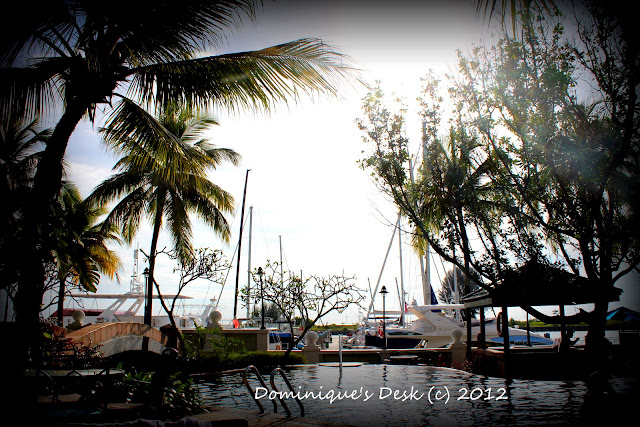 It has been an exciting week as we brought the kids on their first road trip in Malaysia.  We drove a total of 1300km across four different states and visited 3 different towns. We started off from Singapore and ended up in Kuantan after a six hour drive.  It was quite a long drive and we stopped in between for the kids to use the toilet and stretch our legs.  From Kuantan we had to detour  to Kuala Lumpur as there was flooding in Kuantan and other areas which we had to pass through on route to Desaru were flooded in.

We decided to head to our next destination via the North-West highway I decided on a wimp to drive up to Genting Highlands instead as there was a theme park there. It had been raining  in Kuantan and I thought if it continued raining at least the kids could have fun in the indoor part of the theme park and not get rained out.  The adults could also have their fun in the casino there.

After Genting we drove down to Port Dickson as it has been ages since we last been there. The beaches there are really very beautiful and they were even more captivating then the beaches which we saw in Kuantan. I will be putting up the pictures in the week to come for all to view. We have decided that we will bring the kids back to Port Dickson in the near future to soak in more sun and have fun with the water activities there.

What highlights do you have this week?

Hearty Foods on a Friday Resolutions for 2013