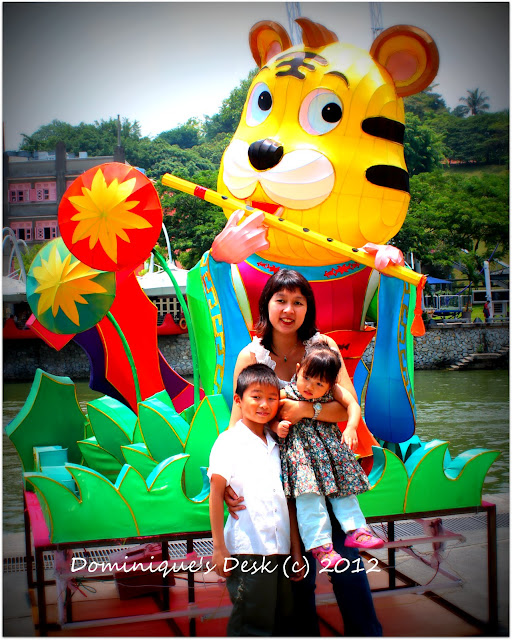 Over the weekend we went to Central for lunch and were intrigued but the floats that were placed along the Singapore River.  The last time that I saw floats was when we were in Taiwan on holidays in  February when we visited the Lukang Lantern Festival.  The lanterns around the river were in the form of the 12 animals of the Chinese Zodiac The horse, rat and dog lantern

I’m sure the lanterns would look awesome when they are switched on at night. Unfortunately we were there around noon so we couldn’t view the lit lanterns. I love how  vivid the colours were on the lantern. The dog lantern looked really like Odie. I wanted Doggie boy to take a photo next to his zodiac animal but he wasn’t interested as it was extremely hot that afternoon. He sneaked off to wait in the shade while I continued snapping away. 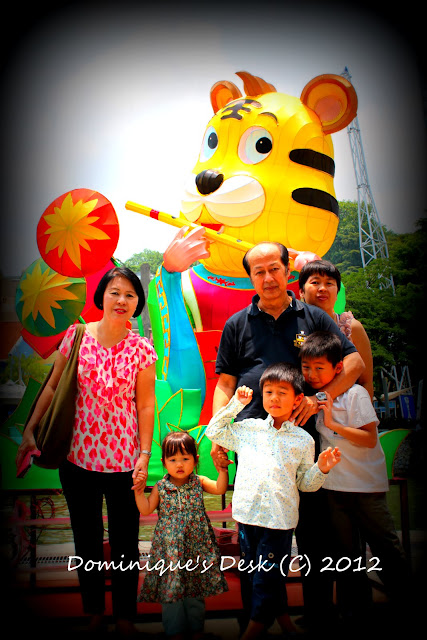 We tried to get the kids lined up to take a photo with their grandparents but not all of them were keen on a shot. 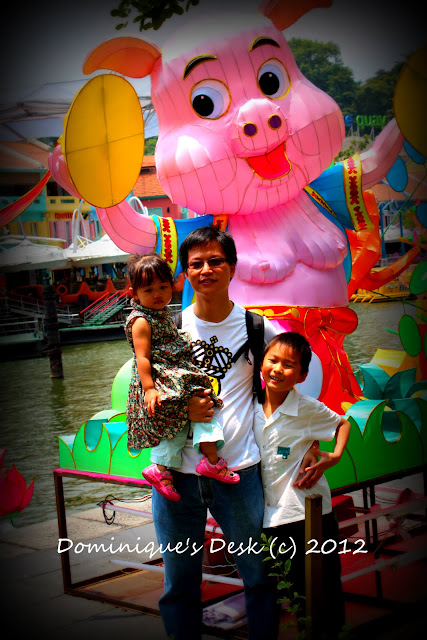 Tiger girl and Monkey boy posed with R in front of his zodiac- the Pig. 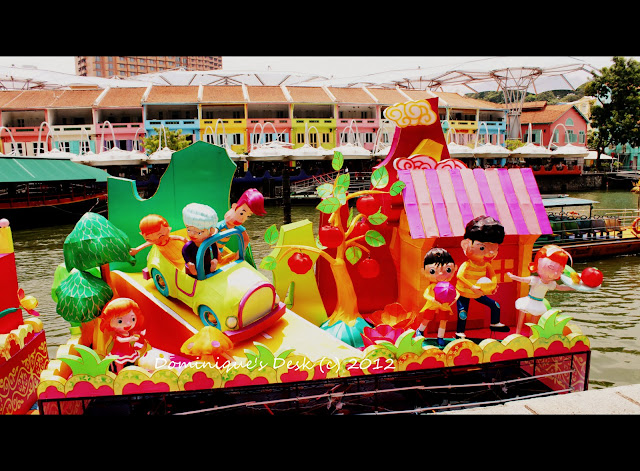 Besides lanterns next to the riverbank I also spotted some floating on the river being tied to the sides. 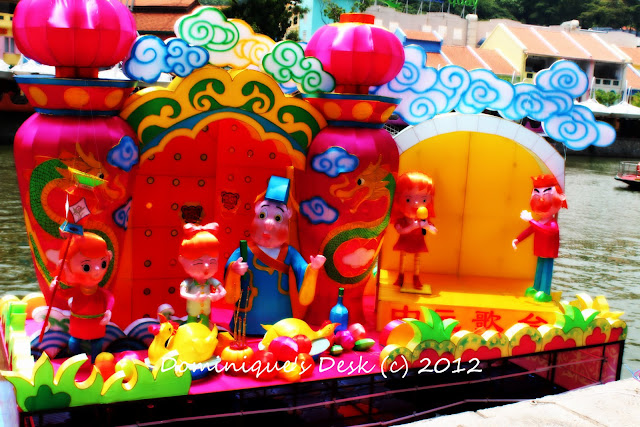 Do the characters look familiar? I spotted the Monkey King ad Piggy from the Journey to the West on this float.

Do they have such displays for Mid Autumn Festival where you live?

Ten Ways how she Makes Me Smile Writer’s Workshop: Not Quite A Baby Now