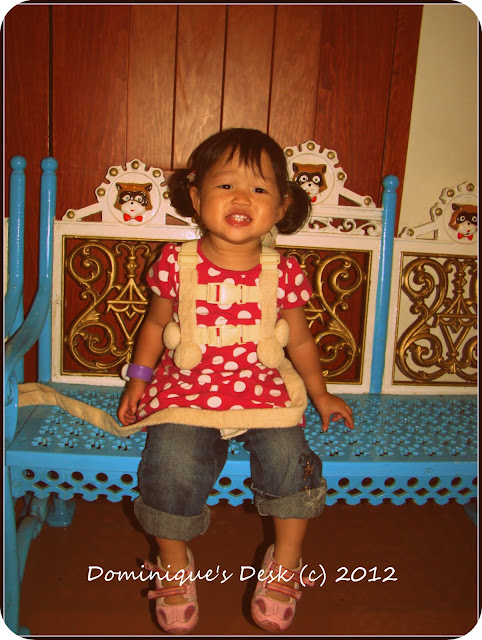 Tiger girl has grown a lot these few months. She is no longer an innocent baby but one who is able to get her thoughts and wants clearly across to us.  She starts her sentences with ” I want” or ” I like “, ” I sit…” . If she feels that you don’t understand her she would add on and say ” Nana wants.. and point to the item or pull you to where she would want to go”. She is speaking much more then before.

Tiger girl loves ordering her brothers around. She “reminds” them to eat her food and never fails to tell them ” Kor kor -Eat!!”  If they were eating something she wants she would promptly announce to them “share”.

I have been teaching her the alphabets and numbers from 1-10 in English, Mandarin and Cantonese. It’s not surprising that she can recognize the number 9 the best and is able to call it out in all 3 languages as our apartment is on the 9th floor. Other numbers which she can identify are 1, 2 and 4.

Tiger girl has yet to learn how to sing the whole alphabet song but so far she can recognize the alphabets – A, B and O. She would point the alphabets out from words that she sees on displays or shops signs when we are out shopping.  She would happily run to the sign and shout out “O” when she sees the alphabet.

How were your kids like when they were 21 months old?