Dominique Thoughts meet me on monday, Monday Music Move me 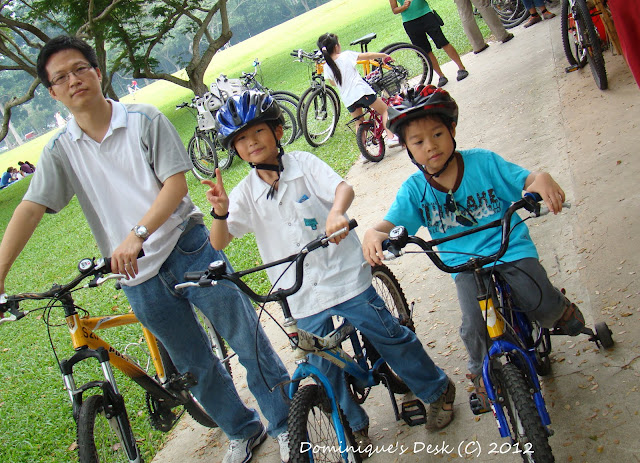 A few weeks ago the boys rented bicycles at East Coast Park at the beach. It has been a while since we rented bikes for them as they do have their own bikes. They had a blast riding with Daddy as the weather has been bad and it was really by chance that the weather was good that weekend.

While the boys were off riding the girl and me had our still moments and  we also saw some fantastic sandcastle displays.  The kids are asking to go to the beach again this week.I’m still thinking what other family activities we can do together which can incorporate all the kids. It’s still quite difficult as Tiger girl is still very young and there is an age gap between her and her brothers.

This weekend we didn’t get to go to the beach as it was raining very heavily on both Saturday and Sunday. The kids went bowling, to the game arcade had some indoor fun with the WII instead. You should see the three of them so happy behind the steering wheel  at the arcade.  It’s quite apparent that kids and wheels have a real affinity. Even tiger girl had her go turning and twisting the wheel while her brothers played.

How was your weekend?

This week theme is on a favourite female singer. I’m featuring BOA a Korean singer who sings in Korean, Japanese and English. She’s really pretty and dances well too. 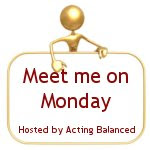 1. What are your plans for St. Patrick’s Day?
No plans as we don’t celebrate St Patrick’s Day. It will be a semi normal day for us as the kids are no term break vacations.

2. What is your favorite room in your house?
My bedroom.

3. What ‘gadget’ do you have that you can’t live without?
It would be my mobile phone.

4. What will your first thought be when you learn that you won a lottery?

I would certainly be overjoyed. My first thought would be that we will finally have enough cash to pay off all our loans and be debt free.

5. Other than Acting Balanced and your own, what is your favorite blog to read?

There are many which I read- MamaKat’s ,  Buckeroomama and KludgyMom are some I read very often.

SOC: Junk in your Beef 10 Things I like being a Woman