Last weekend I had some tasty treats. R and I checked out Robert Timms at Wheelock place with  C my secondary school classmate. It has been an awful long time since I met up with her. The last time I saw her was went Doggie boy was born and it was great to catch up and find out how she has been doing for the past few years. While catching up with her I indulged myself in some tasty deserts and finger food. 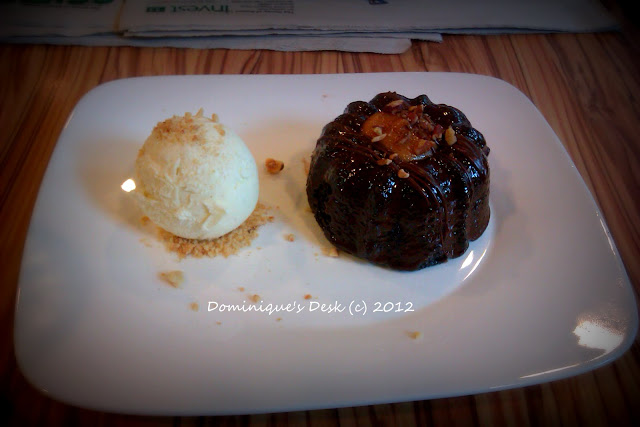 Chocolate Molten Bundt with toffee topping served with a side of vanilla ice-cream.

This dessert tasted heavenly. I like how moist the chocolate cake was and the vanilla ice-cream really complimented it. 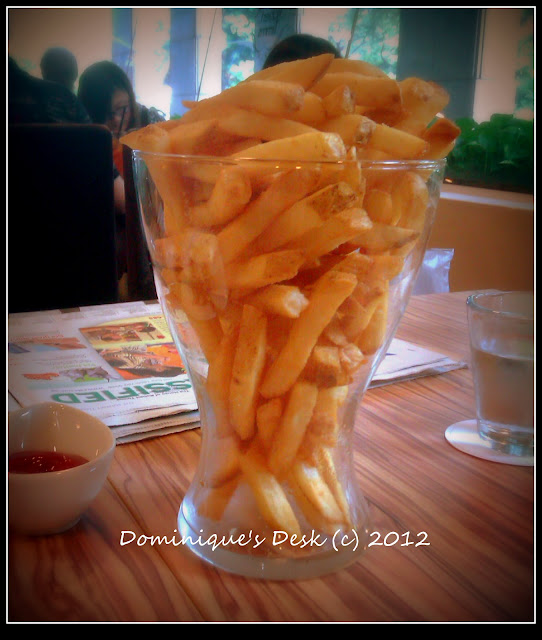 French fries in a vase.

This is a really neat idea. Now I have an excuse to bring out the vase to use as a holder for chips and remind R how lovely it would really look if there were flowers inside it .** Big Hint**

It’s amazing how  our paths have changed since we graduated from school. After leaving secondary school we have pursued our various interests and embarked on our career paths. Some of us have become bankers, teachers, architects. Some of us have gotten married and have kids while others remain single.

A lot of changed the past 20 years since we were secondary school students and our ideals and priorities have altered over the ages. It was really great to have her still a part of my life.

Have you met up with any old friends lately?

This week the theme is on music from movies. I’m choosing a theme song from one of Jay Chou’s Movie.