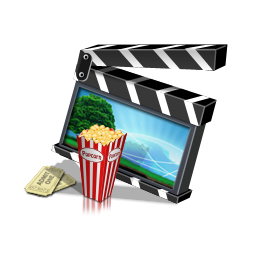 The kids and I love to go to the movies.  It is a family activity which everyone enjoys.  Salted popcorn and Ice Lemon tea  is the perfect combination to go along with a movie in a theater.

An indulgence which we restrict ourselves to every quarter,  watching a movie is something that the kids really look forward to each holiday season.

Vikings and dragons have been  living harmoniously  together on the island of Berk.  Dragon racing  has become their all time  favourite contact sport  which the islanders indulge in.

Hiccup isn’t one that fancy taking part in dragon racing. In fact, he is more interested in travelling through the skies, charting unmapped territories and exploring new worlds.

During one of his expeditions he came across a secret ice cave which was home to hundreds of new while dragons and the mysterious Dragon Rider who he later found out was his long lost mother.

Both mother and son united in their bid to save the future of both men and dragons as they fought against the villain Drago.

With sheer determination and help from all the dragons the vikings managed to  defeat the Drago and his wilderbeast and  Toothless claimed the alpha position of the dragons.

In the midst of the battle Hiccup’s dad Stoick perished while trying to protect him. He was given a ship’s burial and Hiccup took over his father’s position as chief and protector of Berk.

I love the story line of this show.  Hiccup was able to get around all his reservations and emerge a stronger person. He rose up to the challenge and proved that he had it within him to be a good chief like his father.

What movie have you watched lately?

Is there any upcoming show that you