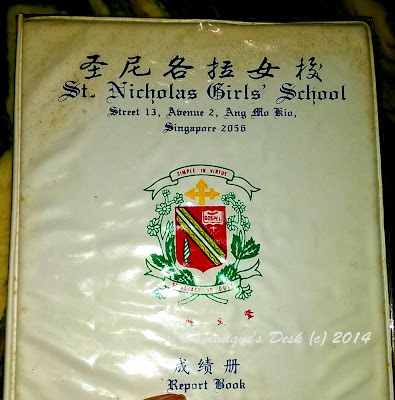 I have been in a reminiscence mood since last month.  I have been looking back at the kids baby photographs and came across m old report book which was stashed in the same cupboard.

It had yellowed in age but was still in relatively good condition as it was wrapped in plastic. Flipping through the pages of the record book brought back memories of the time that I was in primary school.

I was studying in St Nicholas Girls School Primary for 7 years as I entered the school when they had Pre-Primary classes. ( One year was spent in Pre-Primary while  six years in primary school).

SNGS was like a 2nd home to me back then and I really enjoyed the coziness of a school with a garden setting. Each classroom had their own balcony which was converted into the class own mini garden and reading corner where one could  go for some solitude or just to hang out with friends during break time. 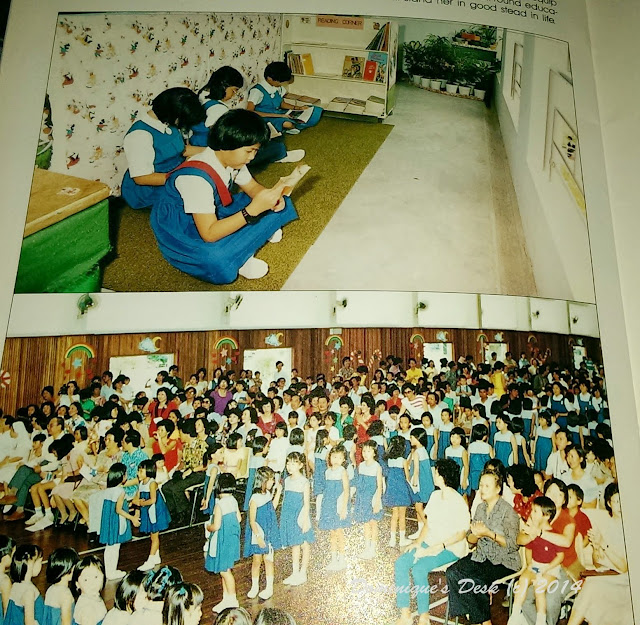 pictures from a page in an annual

If you look at the snapshot taken from a page in the annual you can see the Pre-primary uniform in the bottom shot.  The uniform was slightly different from the normal school uniform (pictured above with the students reading in the reading corner) 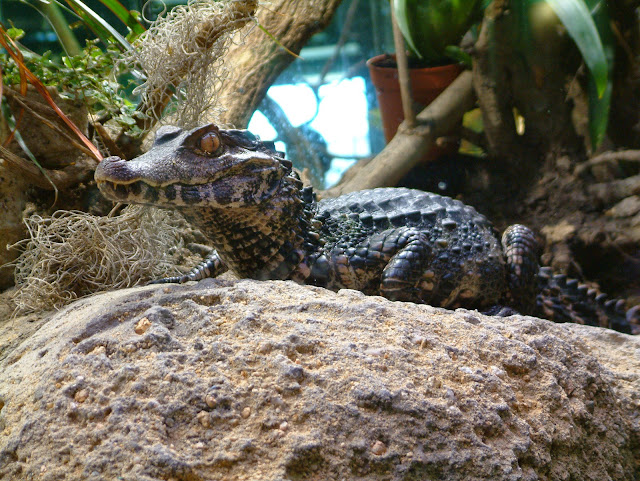 What I recall most vividly about the primary school was the reptiles that we had in school. My friends and I use to walk over to the pit that house several baby crocodiles near the carpark during recess. Besides viewing the crocs we could also view our “in house” rooster which was housed in a chicken coop enclosure in one of the basement gardens in the school.

There was also several koi ponds in school and we loved meeting up at the tables near the koi ponds to do our projects back then.  It was great being close to both flora and fauna.

The school was the only one I knew that reared crocodiles on the premise. I saw it featured once in a documentary about SNGS .

Unfortunately the crocodile pit has been removed some years back  since then and the school is currently undergoing some upgrading works so it may have been permanently removed.

How was it like when you were
in primary school?