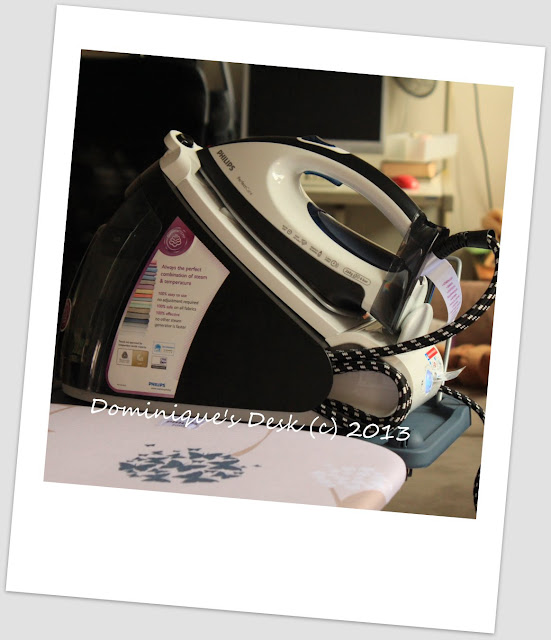 Philips PerfectCare Expert Pressurized Steam Generator (PSG) Iron is one of the easiest iron that I have used. We have been using Philips steam irons all this  while and were glad to try out their latest PSG Iron. The iron came with the Philips Easy8 ironing board which has incorporated a shoulder wing system for easy ironing.

The Philips Easy8 ironing board is longer and  broader than the  traditional ironing board, making it easier to iron men’s shirts and  bedsheets.

As you can see from the photograph above it has a strong and sturdy base to prevent the board from flipping over or collapsing accidentally if the kids bump into it while you are ironing. There is also an XL ironing tray which the iron can be placed on. 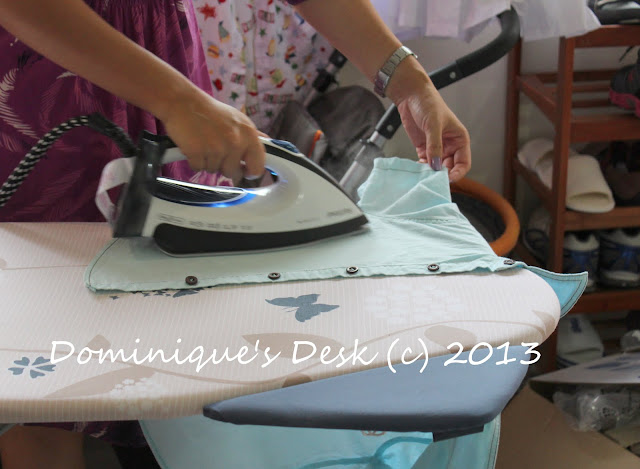 Ironing one of the boys shirt using the shoulder wings

This is the first ironing board that I have seen with shoulder wings. It really makes it easier to iron shirts as the shirt doesn’t need to be adjusted too many times while ironing. The wing span is just nice for an adult shirt and really cuts down the time needed to iron a shirt.

To test out how good the Philips Perfect Care Steam Iron it I  tested it  against  the  Philips Azura Steam iron which we had been using  for a side by side comparison. 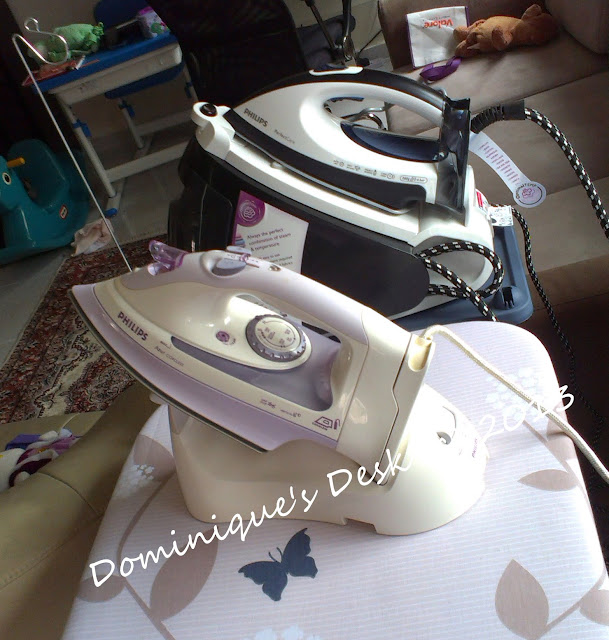 The new vs the old steam iron

Using the conventional steam iron one had to fill the water directly into the iron.  The amount of water that could be filled in was less then 500ml  and had to be constantly refilled if you had a large load of clothes to be ironed.  Adding water directly into the iron made it heavy and more tiresome when ironing for the family. Temperature of the iron  has to be adjusted if I am ironing clothes of different materials which may burn delicate if iron dial isn’t set for wool/silk.

With the  Philips Perfect Care Steam Iron all these problems are non-existence. Water is being added into a  1.5L water tank in the base. It is heated up and released as steam through the cord which is attached to the base. As  a result the iron is much lighter and the pressurized steam released by  the iron, coupled with the optimal temperature of the sole plate makes ironing so effortless!

The iron is even touted to be the safest ironing and would not burn silk, cotton or linen even if it put to rest on the garment for 5 minutes.  It seems simple enough for a kid to handle and I put it to the test by letting Monkey boy use it to iron his school uniform. 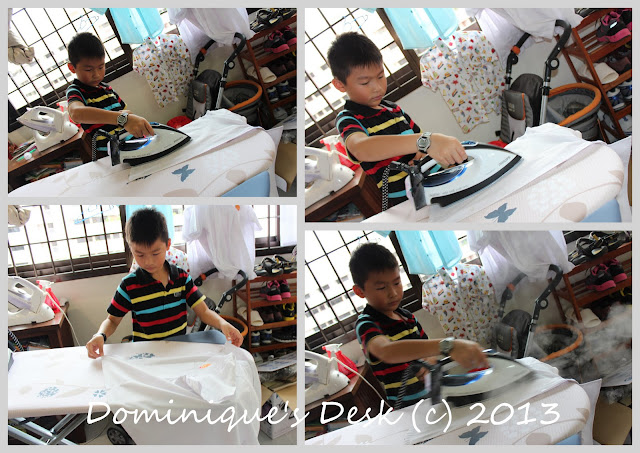 Monkey boy was initially apprehensive about using the iron as It was the first time he was using a Steam Generator Iron.  He left the iron on the shirt for awhile when he was distracted by the television which was on. His shirt didn’t burn and he quickly resumed his task when he was “reminded” that he was ironing and shouldn’t be concentrating on the television instead.

The iron glided easily over the shirt and removed all the creases in an instance. It took him less then 10 minutes to iron his uniform and he did it with ease.

Even though the iron and ironing board is much bigger  and more bulky then our previous set Monkey boy and I give it a thumbs up for getting our ironing done is lesser time.

If you are interested in getting yourself a set too it retails for $699 (with a Complimentary Easy8 Ironing Board worth $299!) at major electrical stores.

Disclaimer: This post has a compensation level of 1 and 8. Please visit Dominique’s Disclosure page for more information.