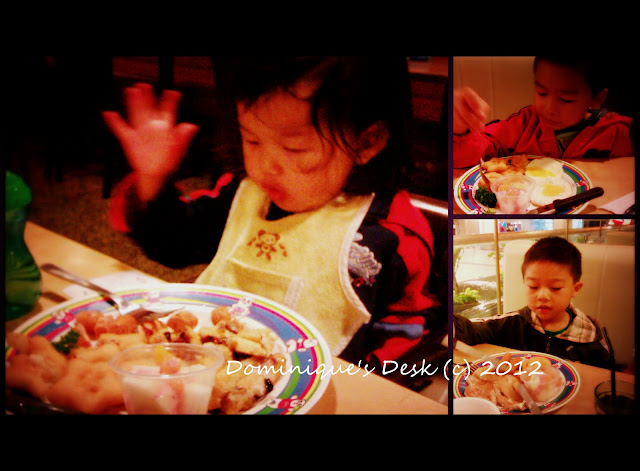 Yesterday was a really fun day for the kids. We had breakfast out again at the airport. This time around we went to Swenson’s restaurant instead of Mcdonalds as requested by Doggie boy. We were there after Monkey boy’s PTC so ended up having brunch instead. Last week he had requested for breakfast at Swensons but since I was craving Hello Kitty he had to go along with me. This week he will be getting his request to be fair. Next week it would be Monkey boy’s choice.

After breakfast the kids wanted to go on the sky train so we proceeded to the sky train station to take the train over to Terminal 3 to play on the slide. 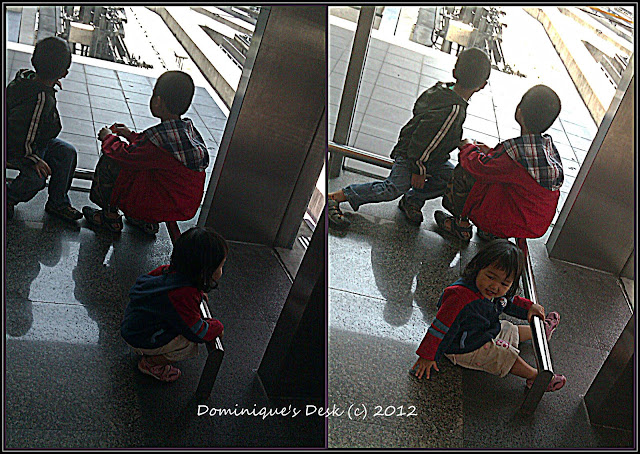 We had to wait for about five minutes before the sky train arrive to ferry us from Terminal 2 to Terminal 3. The kids were getting restless waiting for the train to arrive.

I guess that we can only afford to go out for breakfast once a week as it was certainly costly having breakfast out yesterday. The meal and car parking set me back by nearly $50.  It’s back to breakfast at home for the rest of the week.

What did you have for breakfast today?