Before the kids were born R and I decided that we would breastfeed the kids to give them the best start to life. We had been researching on the benefits of giving our kids breast milk and were certain that we wanted them to get the antibodies that were present in it. It was also the prefect source of nutrient for our babies and reduce the chance of them developing any allergies.

Breastfeeding didn’t start off easy for me with kid #1  back in 2004 as he had problems latching on due to the hereditary tongue tie (Ankyloglossia) problem that he suffered from.

Monkey boy had difficulty sucking and used his gums to press on the breast causing the nipples to bleed even though he was a newborn. Hubby went out and bought AVENT bottles for Monkey boy to use as the nipples were shaped to be most like the breast and would be easily acceptable by him. Luckily the bottles were agreeable with him or else we would have more problem feeding him.

Only after his tongue tie was released at 8 weeks did he start to latch on properly.  However by that time he had grown accustomed to bottles and didn’t fancy latching on for a feed.

When I was breastfeeding  him I suffered from engorgement and other related problems. Being a new inexperienced mom and having relatives which were pro formula also contributed in me stopping breastfeeding him at 6 months old. Actually I might have even stopped even earlier if not for R encouraging me to continue at it and try to continue breastfeeding Monkey boy till he was at least 6 months old.

When Doggie boy was born in 2006 I was more determined to see that he would be breastfed for an extended period of time. To support me in my breastfeeding journey R bought me a breastfeeding shawl to make breastfeeding easier this time. Previously with Monkey boy I used the sling as a cover and it didn’t work as well in keeping the baby covered well during breastfeeding.

He also bought me an Philips AVENT  Breast Pump so that he could help feed the boy with the expressed breast milk in bottles while I take a breather or was occupied with the older kid. It was an opportunity for the hubs to help out in feeding the baby and enjoy a father and son bonding moment.

When Tiger girl was born in 2010 R helped out by taking care of the boys while I was breastfeeding the girl. He too help to burp her after each feed if he was around. It was the way he bonded with his little girl besides taking turn to do the bathing and diapering.

Doggie boy and Tiger girl  were also born with Ankyloglossia like his older brother but we detected it earlier on as 2nd time parents. We got the pediatrician to do the snip to release the tongue tie while both of them were still in the hospital. As a result both Doggie boy and Tiger girl didn’t have problem latching on from birth. I could do without bringing bottles out when I went out with the kids. Doggie boy was breastfed for 2years and 6 months while Tiger girl was recently weaned at 2years 8 months. 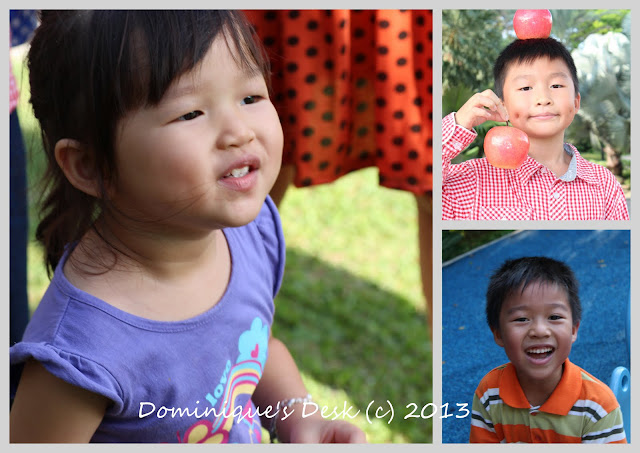 Seeing my babies grow up healthy I’m glad that I have persisted in breastfeeding them. All three seldom fall sick and are only suffer  the  odd cough and cold now and then. We also have a close bond and they look for both hubby and me as both of us have been active in feeding them since young.

What is your breastfeeding story?

Visit Philips AVENT for the latest information about their products.

Disclaimer: This is the 3rd part of a 3 part conversation with Philips AVENT. This post has a compensation level of 13. For more information visit our disclosure page.