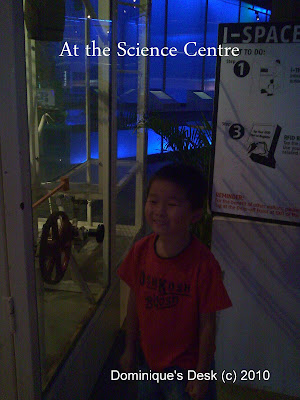 We visited the Science Centre a few weeks ago as Ryan was interested to view the Science Exhibit. The boys really enjoyed themselves. The exhibit shown above really captivated their interest and they stood nearly 30 minutes at the exhibit watching how the balls move up the pulley system and down the various tracks. It is a real ingenious contraption that is based on the pulley and lever system which works also on gravity to move the balls around.

I really wonder what is with boys and balls?