In this installment of the Preparing for Primary One series we are  interviewing having Suhanya , a mom  of a boy who is currently in Primary One.

Here are the questions which I posed to her and her answers.

1. How did you decide on which school to send your child?

Personally, I wanted him to go to one of the good neighbourhood schools with my priority to the school which would develop him as a person as well give importance to academics as he has been quite good at it from the beggining. Over all I wanted him to go a school, nearer to home, one of the better ones in the neighbourhood where there will be well rounded development for him.

I had 3 schools to choose, that are within 1 km for me, as we live in a school Zone and all three of them being relatively popular in the area. I did know about School A a lot, visited School B and School C.

School B – rejected, as something told me that it’s not the right setting for him

As a PR when the rules did allow PR kind of an equal opportunity, I was lucky enough to get into the school of my choice and he just loves his school and me too…

2. What was the difference for your child in P1 as compared to when he was in K2?

(What physical/ mental difference did you notice)

I think we generally tend to under estimate this generation kids… I was worried about long hours, big campus, moving around inside the school and all sorts of stuff a mother would worry about…

But from K2 to P1, what are the significant changes I noticed?

1. More indpendent and confident than in K2.

2. Able to handle everything by himself including manging timetable, assembly times, tets, preparation, routine with other things out of school, different protocols followed in the school etc

4. Able to manage the long hours in P1 at ease without an issue..

Overall, a definite change that made me feel “Oh boy, my little boy has grown up and he is growing up…”

3. How was your feelings during the 1st day of school ? How did you child feel?

Very disappointing because he missed the whole of first week ‘cos of suspected HFMD. So when he started a week later, I was worried, anxious and nervous.. But to my surprise Yuvan was the one who told me ” Don’t worry ma, I think I can manage…”.

The first day of that week his form teacher picked him up from the General Office and next day Yuvan insisted he being dropped at the gate. I was very emotional actually (but offcourse didn’t show it to him..) and his teacher called me later to inform that she is surprised that Yuvan is so independent and manging well and that there isn’t any need for me to worry… ( A sense of relief for me!)

Well… Moms are more nervous, anxious and worried than the kids are on the first day of P1 and I think most of the kids adapt to changes more easily than expected.

4. How do you feel now after your child has been in P1 for the past 9 months?

Happy!!! He has definitely grown into a more responsible, independent person. He is more world wise than before and he just loves his school and I think now the challenge is to sustain it academically and personally.

5. Anything you would do different back then to prepare your child?

No as I was quite aware of the requirements and I think I did the basic preparations quite strong and good!! Will be doing the same this year too for his P2.

6. How has your child matured since the start of P1?

Examples : “What is economy?”

“Mom, You are right, I should know how to choose friends”

“I think I have room for improvement”

“What is an exchange rate?”

Author’s Bio:  I am a mom of one handsome boy, kind of an impulsive mom when some one asks anything about studies, kids the free advice would flow. I have learnt my lessons through my parenting journey and become more responsible in the course… I blog at http://suheezbrainwaves.wordpress.com

In the next installment we will be having a guest post from an ex-school teacher Sarah.

Preparing for Primary One – Preparing yourself mentally as a parent 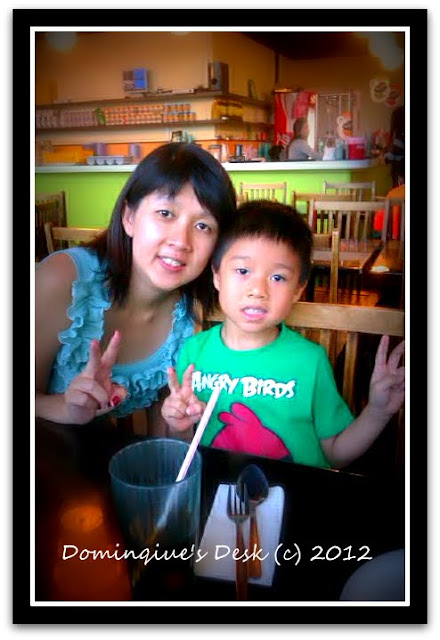 Having a child going to Primary One the 2nd time around my feelings this time is different from the time I felt when Monkey boy was entering Primary One.  This time being experienced I feel that I am more relaxed and not as anxious as before.  I do know the regime and what will be expected of Doggie boy once he starts his new school year in January.  Even though you try your best to fully prepare your child you too need to prepare yourself too as a parent   We will never know  if  our child will be able/ be unable to cope until he enters school proper.

Instead of stressing about the unknown there are some ways which you as a parent can prepare yourself mentally for this major milestone in your child’s life.

Here are four tips for all parents.

Do you have any other tips to add in to this list?

In the next installment we will be having another guest post by another mum ~ Suhanya , a mom  of a boy who is currently in Primary One.