A reflection of things that have happened during the week. 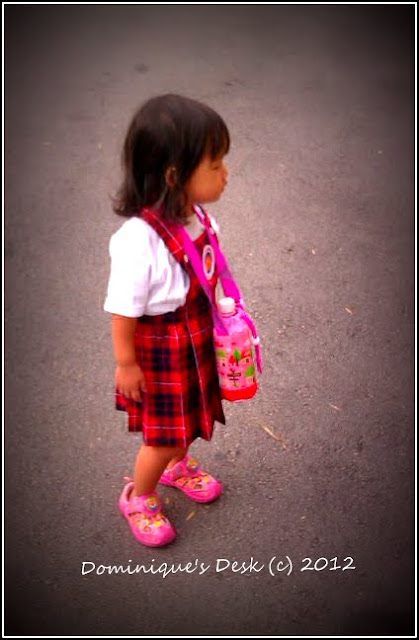 August is a month of major changes for us. Tiger girl is moving on to a new chapter in her life as she enters school. I’ve decided to send her to the same school as Doggie boy is currently in so that he will be around  to guide her for a few months before he leaves and enters elementary school come Jan 2013.

It seems like it was only yesterday that I was sending Monkey boy  to playgroup lessons. In a blink of an eye he is already in Grade 2 and  it’s his little sister who just entered playgroup.

We got Tiger girl accustomed to the school since the start of the year as she has followed me on several occassions to send and fetch her brother from school. She also

Tiger girl had and enjoyable 1st  day of school. She joined Doggie boy’s class and took part in the cookery lesson  and water play session which they had that day.  The teacher reported that she didn’t cry even though she did asked for me a couple of times.  She could understand and follow the teacher’s instructions and interacted with her brother’s classmates. The only thing was that she was reluctant to stay with her own classmates and left her class to join Doggie boy on her own even though the teacher brought her to her class.

When I fetched her from school she was all smiles and ran over and hugged me. My little girl is growing up so fast. I’m glad that she had an enjoyable 1st day of school.

How was your child/children’s first day of school?

Weekend Reflections: Daddy and Me 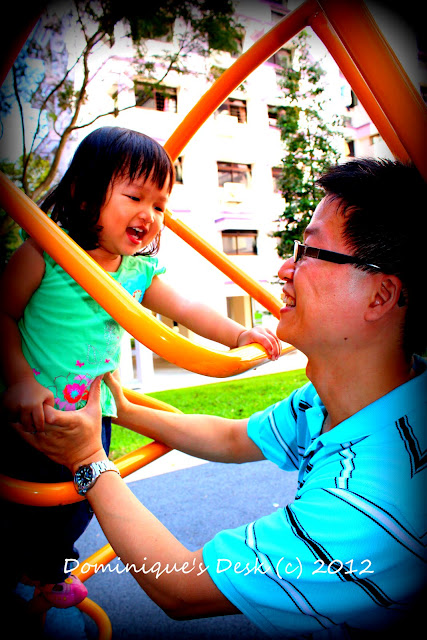 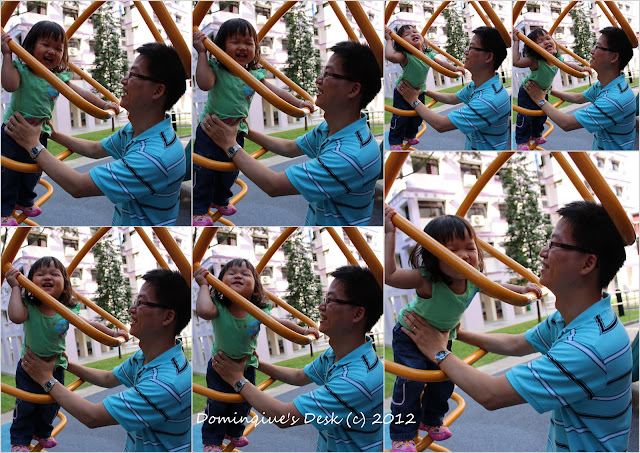 The pair had so much fun laughing and smiling together.  Tiger girl enjoys climbing up on the rungs while R supports her to prevent her from falling least she losses her footing. Tiger girl adores her daddy and looks forward to spending time with him when he comes home from work.

The bond between a father and a child.

A moment frozen in time making it into a timeless memory.

Join us this week for Weekend Reflections.