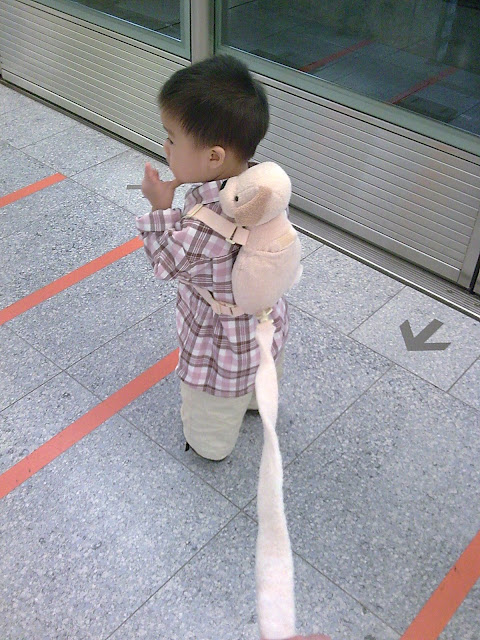 The attempted kidnapped cases reported on Facebook and the newspaper has sent many parents into a heightened sense of alertness all throughout Singapore. Even though after verification that some of the reported cases were hoaxes it is still better to play safe then sorry when it comes to my kids personal safety.

I’ve recently taken out the child harnesses which I had used with Doggie boy back then when he was a toddler for Tiger girl to use. She is now at this stage whereby she wants to run around as doesn’t not want to hold your hand. It’s extremely dangerous when we go out as being so little she can be very difficult to spot in a crowd. Therefore for now until she is old enough she will be on harness when we go out.

The boys have been briefed about strangers and safety while being out in public places. I have highlighted the reported cases in the newspapers to them and we did a reflection on how they would have felt if they were in the shoes of the kidnapped boy.  There hasn’t been any scenario role play with them as yet but stern warnings to keep within eye shot and my reach when we are out to prevent anything from happening to them. I do know that child trafficking has been on the rise lately.

Many of these kidnapped kids  in China were being maimed and forced to beg for a living. It’s downright human cruelty and abuse just for the sake of exploiting others for money and it has been really difficult for the government to crackdown on such a syndicate.

The only thing which I can do as a parent and on my level is to be vigilant and  to teach my child to defend himself and how to be protect himself from such evil people.

What are you doing to keep your child/children safe?