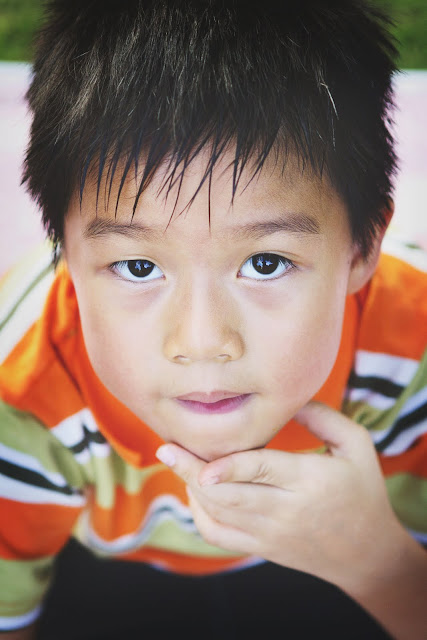 It has been about half a year since Doggie boy started Primary One. He is now into the third term of school and has adjusted to being in the “big boy’s ” school without much difficulty.  He has been a rather reserved child since young and  I was quite apprehensive about how he will be able to cope with a new class and environment at the start of the year.

I have been communicating with Doggie boy’s form teacher quite regularly via e-mail to find out how he was performing in school. Intially he had been rather quiet in class and found it difficult to interact with the other pupils and teacher. It took him some time to warm up and mix around.

Nowadays he is comfortable in his new school and even goes around with his new friends for recess.  He participates actively in class and  is able to follow what is being taught. He is going for extra show and tell sessions in school and he is opening up more infront of others vocally.

Academic wise Doggie boy  isn’t doing that badly with Band 1 for English and Maths and a Band 2 for Chinese.  I will be doing more reinforcement in Mandarin with him so that it will help in his word recognition and vocabulary. I feel that he has much potential for better grades and also working together with him to  maintain the current grades for the subjects that he is good in.

My little boy is now more independent and is also enjoying himself in school. It’s great to see that it has been fun learning experience for him being in Primary 1.