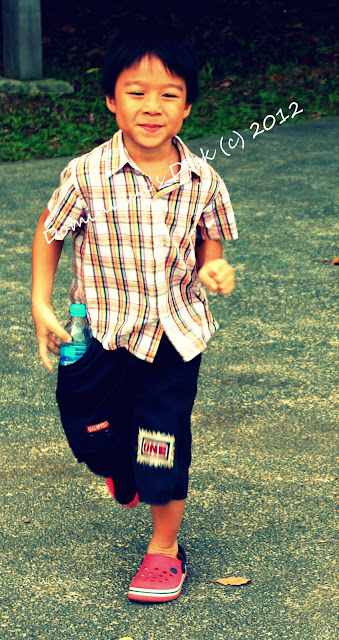 In the last installment in this series I mentioned about how I was preparing Doggie boy mentally for Primary One next year. In this post I will be touching on how  I prepare him physically. I believe that it is important to preparing him both physically and mentally for the challenges that he will be facing come 2013.

I find swimming a great sport to start him in and it is a life skill which he should know in order to survive as we live on an island surrounded by the seas. Since starting swimming lesson he has been looking forward to his Saturdays mornings as he can go to the pool. We have also started taking him to the pool on Saturday afternoons so that Tiger girl too can enjoy playing in the pool while her brothers go on the water slides and swim together with R in the big pool.

On Sundays we bring the kids bowling and to the playground in the park if the weather permits. We also go cycling and walking on alternative Sundays. I make him take the stairs with me when we are out and he too helps to carry the groceries when we go out shopping. 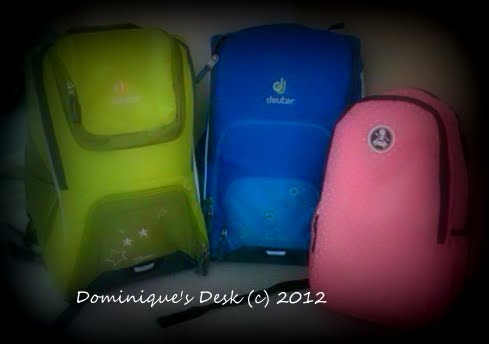 Next year he will be carrying his school bag all by himself and it isn’t that light. Even though we have got him an ergo designed Deuter  bag it still would be at least 3-5kg heavy with all the books inside.  Doggie boy has to be physically fit in order to be able to carry the bag himself and bring it from the school bus to the classroom.  On certain days he may have to carry  an art folio bag or additional items to school depending on his timetable. He would certainly need to be able to carry these items without any help and to be able to do so he needs to be physically fit.

Doggie boy will be exposed to a larger number of kids in a primary school as compared to a Kindergarten. There is a higher chance of him falling ill due to the viruses which maybe spreading in the air around him. . Keeping him healthy is one of my main priorities with him.  Keeping him physically active, coupled with a balance diet and enough sleep is my game plan to get him physically prepared for Primary 1.

In the next installation of this series we will be having a guest post from Jiahui from Mum’s the word about her experience of  as a mom of a girl who is currently in Primary 1.