Writer’s Workshop- Xtra’s I would have Done

Blogging and Social Media has been evolving rapidly these past few years.  Digital media is all the rage these days as more traditional sources take a back seat to platform of promotion. Twitter, Facebook, Pinterest and Instagram accounts are  a must have if you want to actively promote yourself across  the most highly traffic sites.  Besides having accounts at these sites you still need to make sure that you connect  with others via Google + and  Linked In and be active forum and groups.

It really is a tall order with a lot to be done to ensure that you reach out to all your potential readers out there. It can be quite cumbersome and time consuming however if you have set up your “system” right with all the latest automated posting and pings if can be a breeze.

If I only knew how to syndicate my content earlier on it would certainly help me progress faster in developing my brand awareness  in the blog sphere. I could have save all the hours I spent learning the ropes from scratch.  I would have set up my social media accounts together with this blog to maximize the growth of Dominique’s Desk.

I would have been more aggressive in cross promotions and building up my subscriber/ reader base. It would have certainly allowed me to build up my community faster and give me a better edge then I presently have.

What would you have done if you knew what you know now about blogging and social media?

Would it helped you carve your niche in blogging faster?

Writer’s Workshop: Why Not Mummy? 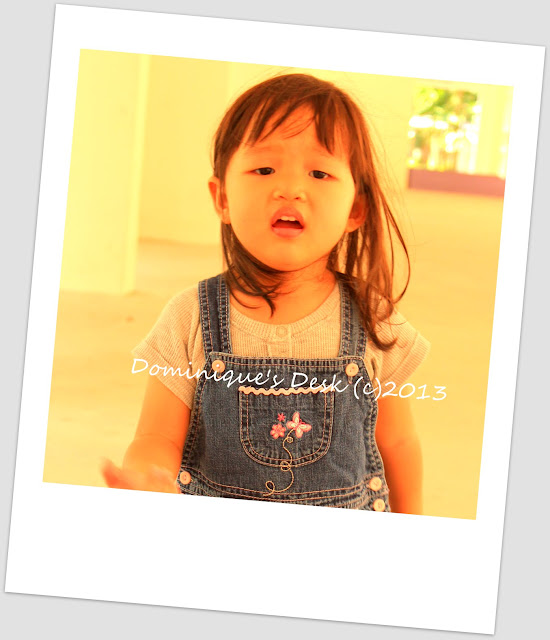 Being a mom of a two year old girl can be very trying at times. She can be as different as night and day in a split second.  Any single thing which she feels slighted about will send her screaming with tears. It’s really difficult to pinpoint what is the trigger and what causes the sudden outburst.

Some days she can wake up bright and cheery while on other days it seems that everything that would go wrong does go wrong. It can be extremely frustrating and stressful dealing with Tiger girl on such a morning. Every single thing which you do to try to get her to be ready for school backfires. Nothing that you do can please and satisfy her and only throws her further off the edge.

Tears stream down her cheeks and her nose starts to fill up with sniffles.  It seems to her like the whole world is crumbling around her and she is collapsing due to the heavy weight.

The situation can be really trying and I am often at a lost on how to calm her down and make her think rationally. It is hard to reason with a two year old who is still at the ” It’s Mine!!” and ” No!! I don’t want” stage.  The terrible twos are some would say where they are trying to exert their own authority and at the same time learn about the boundaries that have been set around them.

It is certainly a trying situation and I’m hanging on by a thin thread. It doesn’t get any easier the third time around. Girls are more whiny then boys and certainly harder to coax.  The normal tricks of switching on the television for her to watch, having popcorn for breakfast or even getting to wear outing clothes instead of her school uniform to Nursery school all failed badly.  I’m still thinking of new methods and ways to deal with this.

This morning I had to let her slowly cool down on her own till she was ready to talk and reason.  30 minutes. That is the time that was needed for Tiger child to revert back to her normal self. I’m lucky that we did have to rush off to school or we would certainly be very late!!

Do your kids have such outbursts?

How do you deal with them?