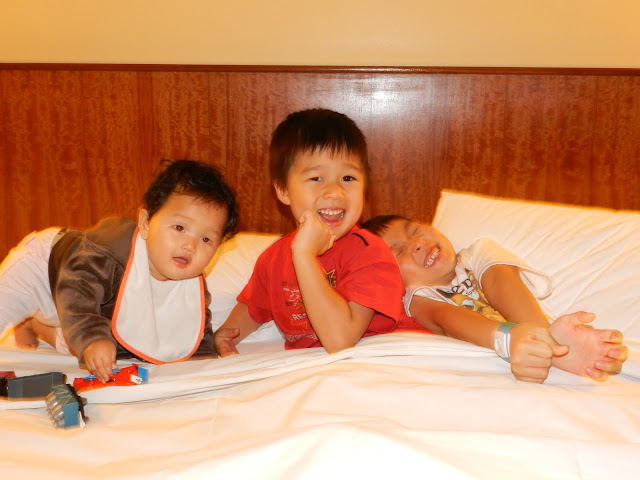 My boys are so not morning persons. It takes them ages to wake up in the morning. Only after countless reminders and threats do they move their bodies from their beds and drag themselves off to the toilet to brush their teeth and change their clothes.

Even though you have called for them to wake up they still give me ” Mum let me sleep a minute more” attitude. On certain days I literally have to yank them out of their beds and push them all the way to the toilet to freshen out. Sometimes more drastic measures have to be taken by taking out the cane to shock them into waking up.

On days when it seems impossible for them to wake up, this is the case for Doggie boy , I resort to stripping their pyjamas off him and putting him into his school uniform. It would only take me the most  5 minutes while if left to him would take like forever to get ready.

I personally too would like to laze in bed and sleep in till 8am-9am. However Tiger girl is an early riser and won’t stay in bed past 7.30am.  Now I have outsourced to her to wake her brothers up every morning. It does help having an additional helper to wake the lazybones up.

Are your kids early or late risers?

How do you get them out of the house on time for school? 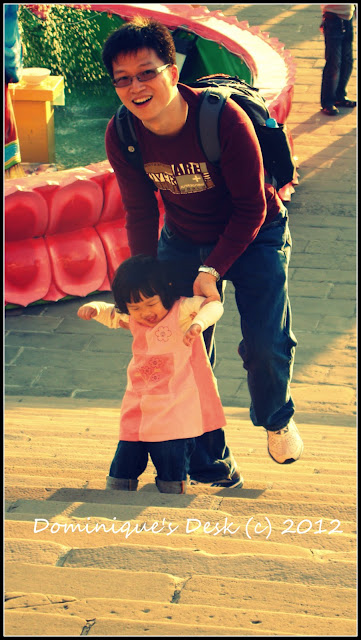 Father’s day coming soon on the 17th of June. I don’t have anything special lined up for that day at the moment as we would be most probably catching up on sleep after returning from our short vacation which we have planned.I’ll be spreading out the treats and gifts for the following week instead.

Being a father started for R on the 5th of March 2004 with the birth of our 1st born- Monkey Boy. At that time he was a newbie to fatherhood and it was a great learning experience for him. Fast forward to 2012 he is now a pro at diaper change and getting the kids ready and fed before we have to leave the house. I’m glad that he is a hands on daddy and that he does help out in the household and with the kids.

What do you have planned for  Father’s Day?

What makes your Father/ Husband special?