You and Me- Let’s Talk about Money

For the love of money is a root of all sorts of evil, and some by longing for it have wandered away from the faith and pierced themselves with many griefs.- Timothy 6:10

Money. We  need it and can’t do without it to survive in this world.  It behaves like a double edge sword and can harm you deeply if you do not know how to handle it properly.

It is really easy to get caught up in the pursuit of hording material things and keeping up with the Jones. There are countless of new gadgets and products released into the market on a periodical period which seem as a “must buy” for many.

Sometimes the desire to be able to “show ” that one is being in possession of the item makes one obsessed. It clouds ones ability to think and reason. It lands one in a vicious cycle of debt which is extremely hard to escape from due to the compounding interest rates. 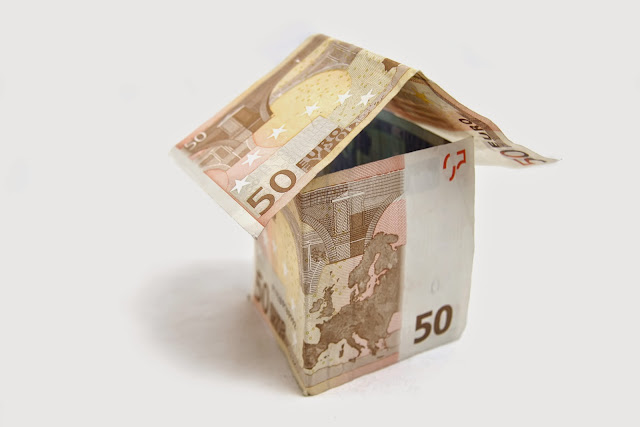 Money can cause relationships to make it or break depending on the circumstances that one is currently in.  It is the fastest way that one can make friends or  distant themselves from friends and relatives .

I’m sure that you have heard stories of  long lost relatives suddenly appearing at the door when they hear that you had just received a windfall from the lottery. They disappear equally fast if they know that you are neck deep in debt as they do not wish to be implicated in your financial woes.

My concept of money has changed a lot since I got married.  Back then when we were both working full time were able to save up enough to put a down payment for our  own apartment and car.

Even though both of us do not splurge on luxury or branded items we do spend quite a bit on dining and travelling.

We were both rather young when we got married and   were not too bothered about taking up  a 25 yr loan for the house or a 10 yr loan for the car . Paying the minimum  would mean that we could have what we wanted  and still live quite comfortably with our limited income.

Little did we know then it had resulted in us wasting a lot of money just paying off the interest on the loans. ( I admit we didn’t have much foresight back then or else we would be in a better financial position today. )

Fast forward to today R and I are trying our best to clear our loans as soon as possible so that we will be able to save up enough for our retirement and the kids college funds.

With the exponential rate of inflation nowadays I’m not sure if there will be ever enough  money set aside to tide us through our twilight years.

It can be a very worrying thought  about the future for one. However with my faith and trust in GOD,I’m sure that everything will work out somehow.

What I have learnt throughout the years that it is really important to have a  budget and to stick to your budgeting goals to be able to live within your means.

Save at least 30%- 40% of your monthly earnings if possible.   Out of this proportion of money which you set aside, 10% -15% is to be put into investment while the remainder is held as an emergency fund.

There are many physical things which are not necessary in life. After some time even the latest fad will pass and become outdated.  It becomes a liability rather then an asset to you.  It is very important that one does plan how to use the limited funds that we have properly so that we can get the maximum benefit for our  dollar.

What is your attitude towards Money?

You and Me – Anger and Frustration 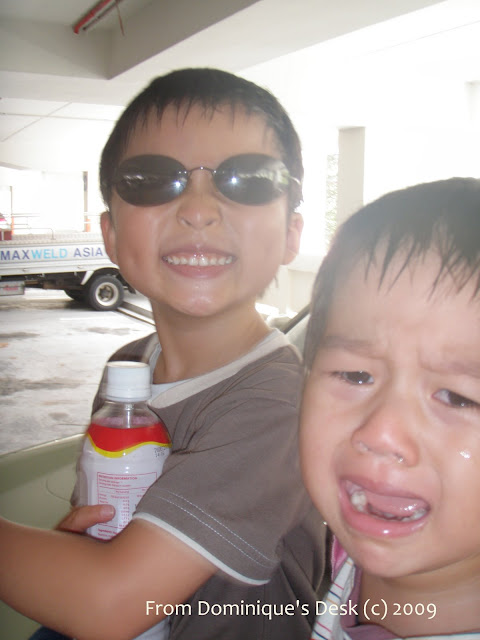 Monkey boy and Doggie boy back in 2009

When you are in a relationship one experiences both  the good and bad of it.  The Joy, the happiness, the anger and the anguish.

Different emotions which are felt at the various stages of your life as you experience help one grow. Even though certain emotions that you feel may be more intense then the other it is necessary to work through each and every one of them to be able to fully understand why they were there in the first place.

In this installment I will be focusing on these two emotions Anger and Frustration and how it can hamper or strain a relationship if not dealt with properly.

Crying and screaming are inborn mechanisms  which  a child uses to deal with it’s negative feelings. As he  grows older he is able verbalize better and may start using words to express how he feels on top of showing it in his actions.

It takes time to learn how to handle the different emotions and our kids look towards us to teach  them the skills to deal with their own outbursts. They look upon us as mentors on how to deal with the anger and frustration they feel therefore it is  all the more important we need to model the correct behavior.

A strong feeling of annoyance, displeasure, or hostility. It can drive a person insane at times and  behave irrationally.

The feeling of being upset or annoyed as a result of being unable to change or achieve something.

The kids  and I experienced watching a parent behaving badly at a car park a few months back.  A father was shouting at the top of his voice  at his crying toddler. He was  using  vulgarities and threats on him while the elder kids and his wife were looking on. It was really appalling behavior and the kids and I were starring at the spectacle that was happening in front of us.

I rushed the kids away from the scene as I didn’t want them to witness more awful language and behavior. While we were walking away I   took the opportunity to explain to them what they saw was a parent who was behaving extremely badly in public and shared with them my thoughts on such an awful display.

I told the kids that even though the child may not be on his best behavior and may have done something wrong it is no excuse for the parent to vent his anger and frustration on him and embarrass himself and the child in the process.

It is NOT OKAY.  Even though it is valid to feel angry because the child is misbehaving it is NOT OKAY to misbehave yourself. Two wrongs doesn’t make a right and the parent was not showing a good example on how to behave properly.

Harsh/vulgar words should never be use  on others as it will only cause the other person to feel resentment toward them and that is why I will not use them especially on the kids even when I am angry and disapprove of their behavior.

Threatening to “throw away the child” and saying words like ” I regret that you were ever  born” really feels like putting a stake through the child’s heart and should never have been said.  There is no way to take back words once they have been blurted out from the mouth.

It doesn’t make the situation any better and only works to increase the tension and anxiety of that both parties feel.  By behaving in such a way ,the parent  shows that he doesn’t love the child enough as he doesn’t take into consideration the child’s feelings. There has been a communication breakdown and nothing is being done to repair it.

The parent has inflicted irreparable damage  to the bond that he has with his toddler and  indirectly showed to the other  older kids that by being menacing you can force others to behave the way you want them to and make them submissive due to fear.

He showed  the wrong notion that is  okay to take out your frustrations on kids when you are an adult.   He didn’t address the root of the problem and the issue that he had with the toddler were left unresolved while he taught bad behavior to the other kids.

This is certainly not the way a parent should be behaving!!  ( Recalling the scene that I witnessed reminded me that I too need to pay attention to my feelings of anger and frustration least I end up a Monster parent like him.)

No doubt handling a child throwing tantrums is challenging it is not an excuse for the parent  to take it all out on a child and belittling him in the process. I know first hand that  it can be frustrating being unable to get the child to stop throwing a tantrum. The child is unable to communicate well how he feels and cries and screams non-stop. Nothing that you do seems to be able to pacify him and the situation only magnifies as the seconds tick away.

It is never easy dealing with a whiny/ screaming toddler but by showing your anger it doesn’t make the situation any better. Instead it is a clear indication of you been defeated in handling it.

The kids have felt the brunt of my anger and frustration before and they do know the reason why I have behaved in such a way and even shouted at them at times. I know that I’m not perfect and sometime fail to curb my own anger at times.

However as I learn from my failed experiences I gain tolerance and also show the kids how to validate their own feelings without causing hurt and harm to others.

How do you address