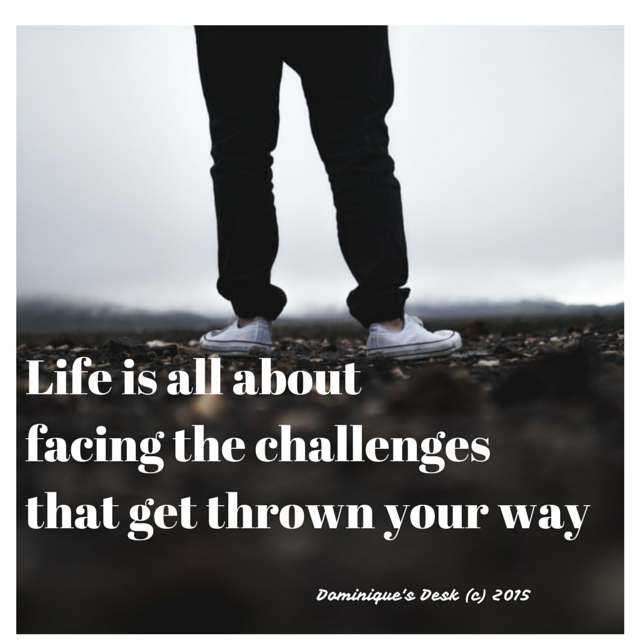 Life is never a bed of roses. There are ups and down and different seasons which one goes through.  You never know what is coming at you when you go around a bend.

Moments of  triumphant and happiness or agony and despair.  One may experience these feelings on multiple occasions, but, alas for the individual  they  last a mere few minutes or days before they are committed into memory.  Etched into our personal  history to be  recalled at a later date.

Every time when you feel that you manage to get on top of the game life throws you another curve ball and it knocks the stability off the platform that you are on.

The schedule/plan that you have painstakingly  put together is no longer feasible and once again you see yourself racing against the clock to  realign everything so that you can have some sense of normalcy.

You hate the uncertainty that is brought about with the change and are at crossroads as how to proceed.

It can be exasperating at times  when everything seems to be falling apart.  You feel that you are grasping for breathe clinging to a sinking ship  with no lifebuoy in sight.

It is during moments like this that one wishes for a miracle to appear.  A moment of clarity or a mechanic who can fix the problem that you have at hand. 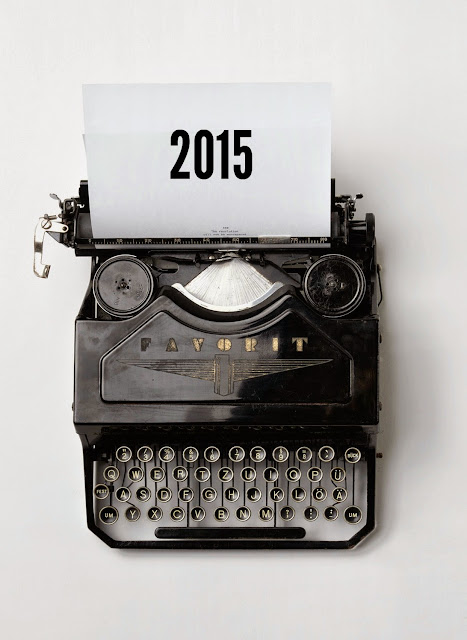 2015 has started with many challenges for me.

– bridging the gap for the kids in their education

– Seeking a closer walk with GOD

– Strengthening my marriage in a long distance relationship.

I can say it hasn’t been easy facing up to these challenges of mine. The burden has overbearing at times and I have had my weak moments where I really wanted to give up.  I have been slicing it really thin with all my current resources.

Every ounce of energy seem to have been drained out of my body  and with no refill in sight. All the activities that I have lined up to complete on a daily basis has really sapped the life out of me  on several occasions.

It’s more of a mental then physical exhaustion that I face on a daily basis coping with the hectic schedule  which involve taking care of the house and  360%  customized education for the kids.

Being judge and referee,  multi-tasking while watching the clock to ensure that everyone gets thing done on time.  There is only one of me and I have to be split into four at times to be able to give adequate attention to everyone.

Even though I’m far from completing the challenges that have been given to me I’m certainly not going to throw in the towel.   I believe that all the hard work will certainly pay off. I just have continue to be disciplined and put my best foot forward.

I believe in never giving up even though the odds maybe stacked against me at the moment.  Challenges are to be faced head on and that’s the way I’m charging.

How do you deal with challenges?

New Zealand is one country which I really wish to visit. R has been there a couple of times and I really love the pictures that he took of their scenery. The  snow capped mountain tops and the possibility to try out activities like bungee jumping and white water rafting.

Even though I have yet to visit the place the kids and I were fortunate to get a taste of New Zealand this  March school holidays when we  visited Changi Airport’s Terminal 3. 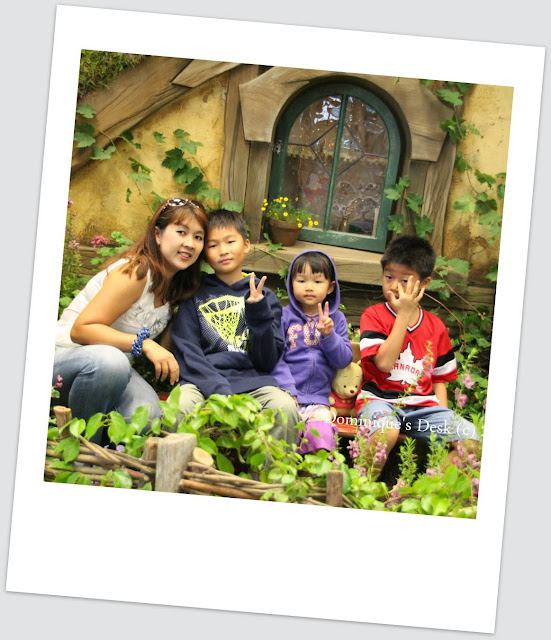 The 3 kids and me outside the Hobbit Hole

Since watching the show The Lord of the Rings and The Hobbit Trilogies  in the cinema,  I have been having a fascination about this place called Middle Earth.  It was great that I was able to visit this second authentic Hobbit Hole which had been specially imported from Matamama , New Zealand for this exhibition. 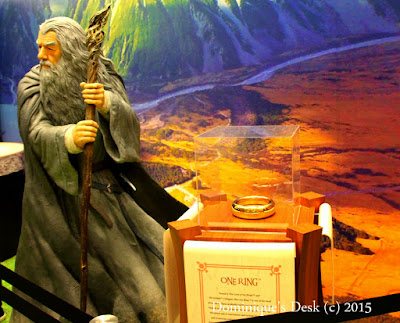 Gandalf and The RING

Do you remember seeing this guy- Gandalf? The all powerful high wizard who help chase away all the bad guys who came after Frodo for his golden ring.  The kids certainly don’t know who he is as they just ran past the exhibit to the more interesting things to do.

They haven’t heard about Middle Earth, Gandalf or the places in Hobbiton Woods as they have yet to watch the shows. 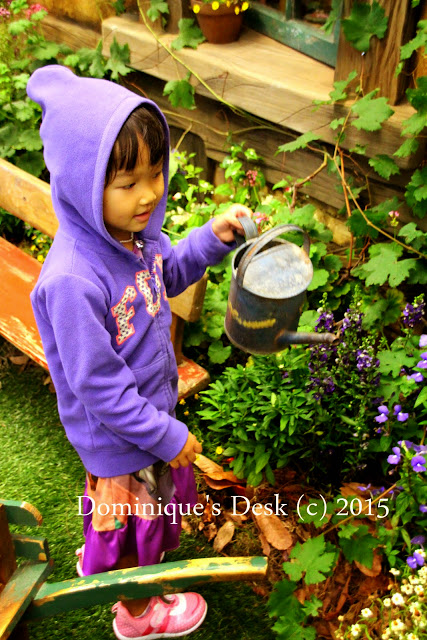 What was more interesting then looking at the exhibits?

Watering the plants it seems as she was attracted to this watering can when she spotted it outside the Hobbit Hole. 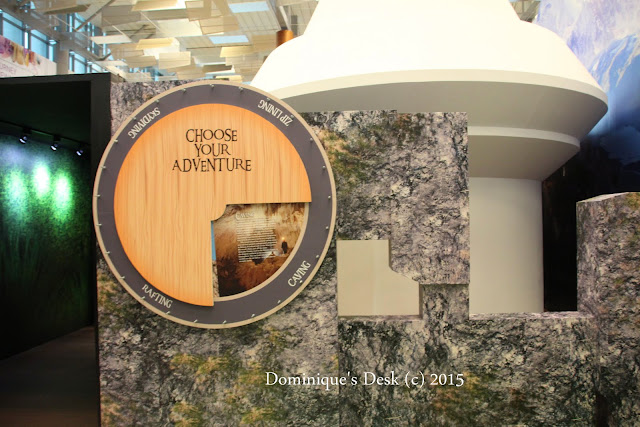 A spinning wheel which introduced the different fun activities available in NZ.

The boys went in to the house and were caught having a go at this wheel spinning it. 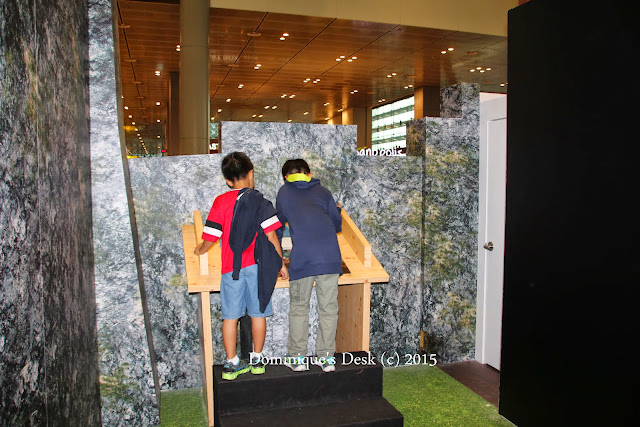 The boys fixing a puzzle

They also had a go fixing this puzzle which they saw at one of the display areas. 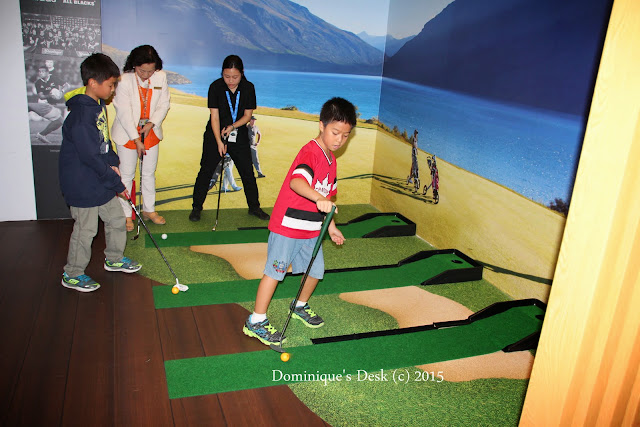 The boys having a go at putting 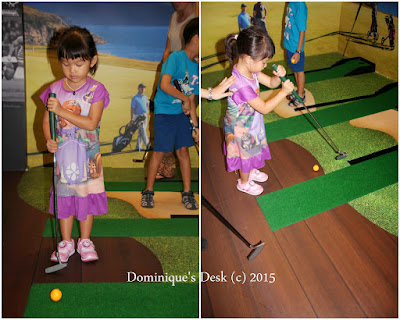 Tiger girl too tried her hand at it.

The kids had a go at the golf putting range. It would certainly a visual treat if I do get to play golf among the mountains one day. 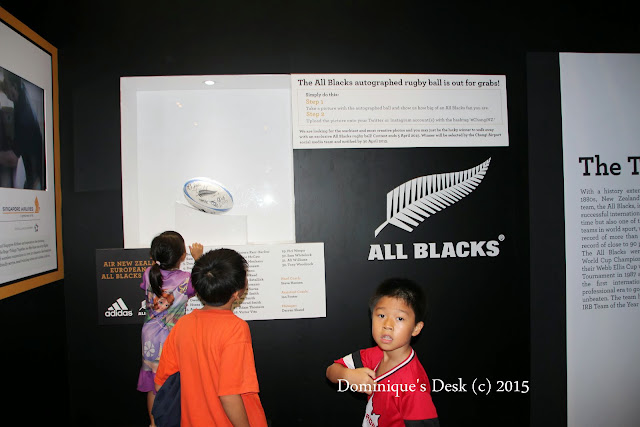 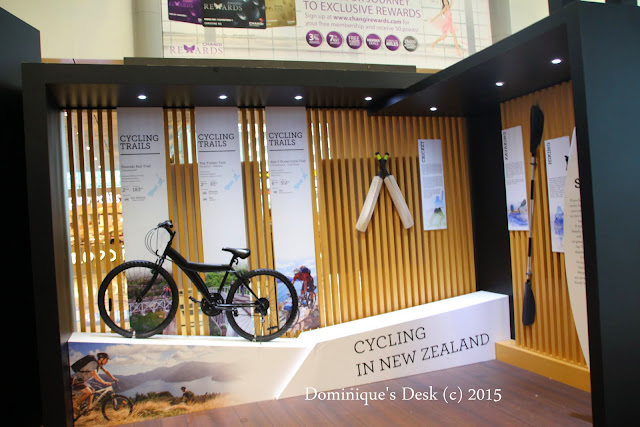 An exhibit for the Cycling trails in NZ

The kids skipped pass these exhibits and went straight for the most enticing one there. 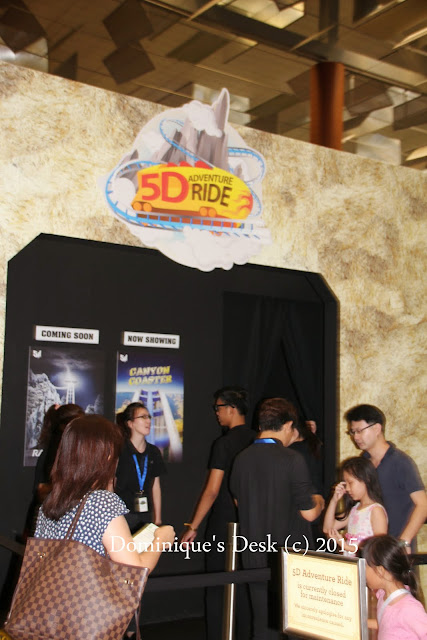 This short ride was suppose to be thrilling for my adrenaline junkies but it fell flat according to their standards.  They found the trip through the stimulated roller coaster ride extremely passive and even the 4 yr old complained that it was not fun enough. Nothing beats riding on a real roller coaster I guess. 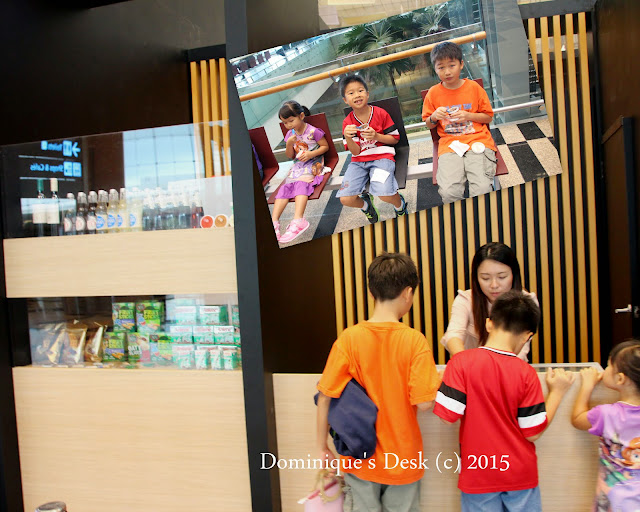 The kids having their pick of organic ice-cream

Now is there anyone who wants to sponsor us air tickets for us a visit to New Zealand?

Disclaimer: We were invited by CAG to view the exhibits at their Middle-Eart Exhibition at Terminal 3, Changi Airport. All opinions are 100% mine.