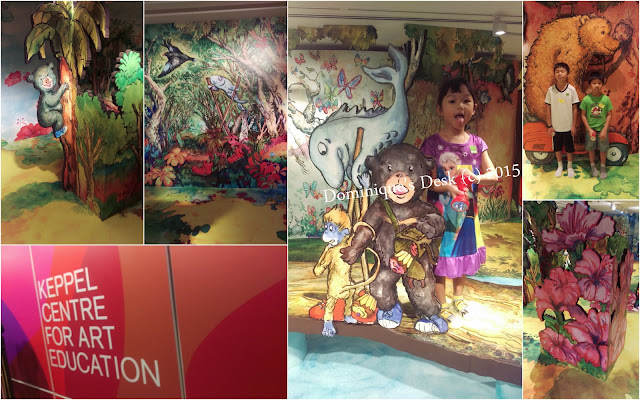 The Keppel Centre for Art Education

A new place has opened in town. The old Supreme Court and  City Hall  at St Andrew’s Road has been transformed to a visual art  centre. This new exhibition gallery  features Singapore and Southeast Asian art in its long-term and special exhibitions. 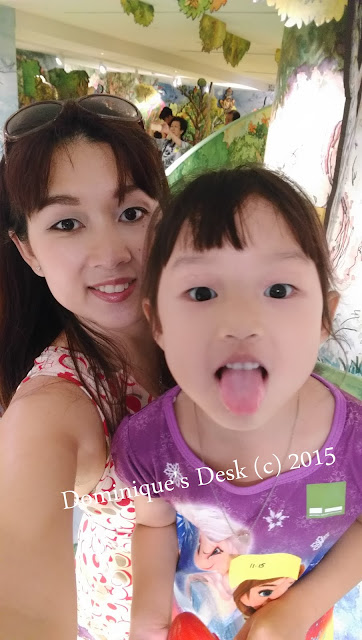 Tiger girl and me posing for the camera

She got so bored listening to the guided tour that we decided to look around the area ourselves and take pictures instead. Even though the tour was  to last 20-30 min we gave up after 10 minutes as all the kids were restless and the tour guide was less then “entertaining”.

The tour guide was extremely old school and rigid and rejected any alternative explanations that the kids had to how the story unfolded.  I found that it seem really ironic that in an art gallery where one is suppose to ignite creativity their guides are doing the opposite.  It certainly went against what I am teaching the kids of being innovative and looking outside the box and we left as the tour wasn’t enhancing their learning experience. 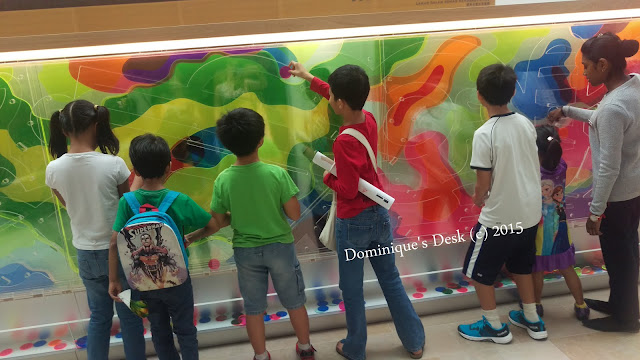 The kids putting color discs inside a wall

This was a rather fun and interactive exhibit that the kids enjoyed. They were given colorful discs which they could drop in through the holes to see how the disc would travel back to the trough.

There were paths which the disc could follow on both the inside and outside of the plastic wall. It was interesting to see how gravity played a part in how the disc moved. 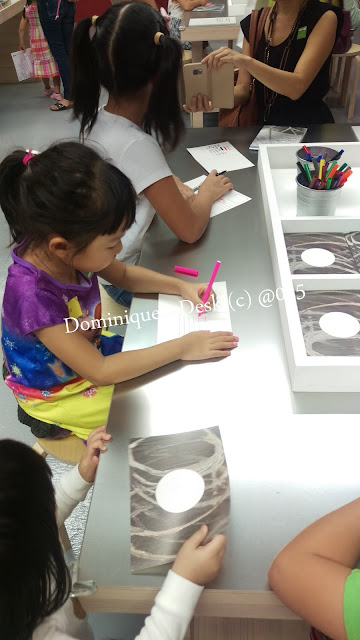 Tiger girl filling up a postcard

There were a few stations for young kids to do some hands on arts and craft.  At one of the station the kids were given postcards to write to a particular artist.

The kids didn’t know the artist that  the gallery recommended to write to and had no interest writing to a stranger. They decided to write postcards to their grandmother instead 🙂 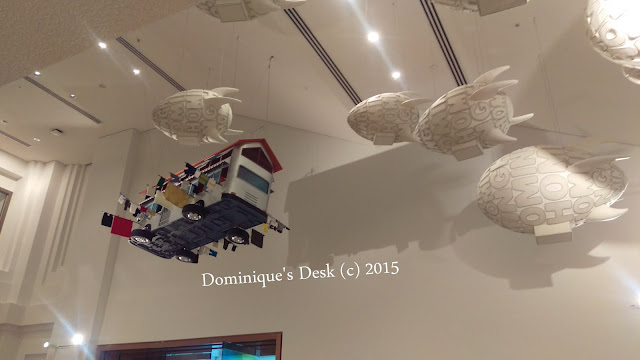 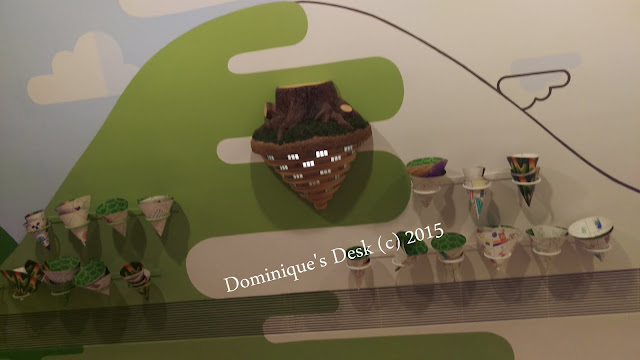 As our planet gets more densely populated we will soon be running out of space to build houses. One of the rooms  we visited   featured futuristic  cities. Maybe one of these days our descendants will be living in a floating bus or  housing establishments in the sea like what we see in Sci-Fi movies. 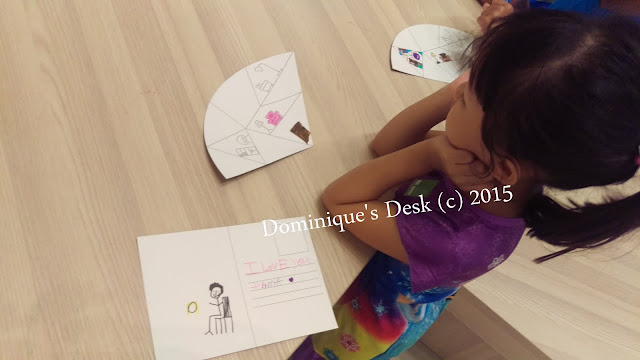 All of the activities in the Keppel  Center for Art Education wing were catered for toddlers and pre-schoolers and the boys were evidently bored after being there for more then 10 minutes.  It would be great if they were able to cater art and craft activities to a variety of ages instead of just focusing on the very young kids. 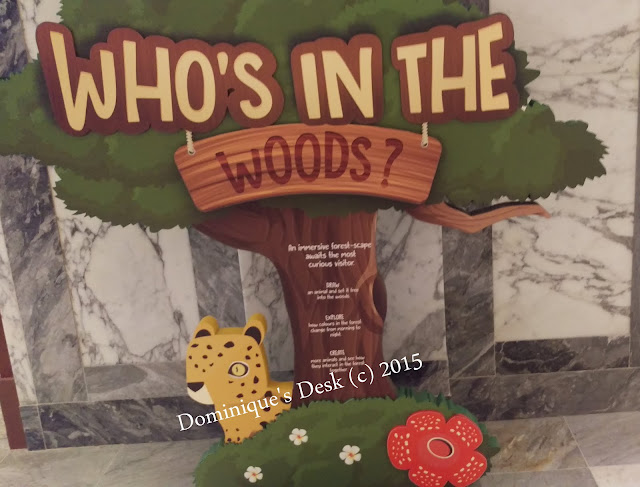 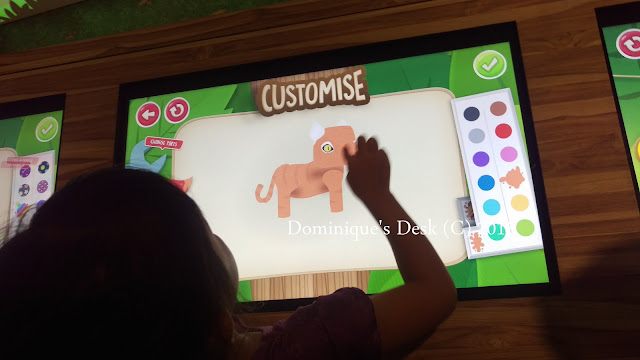 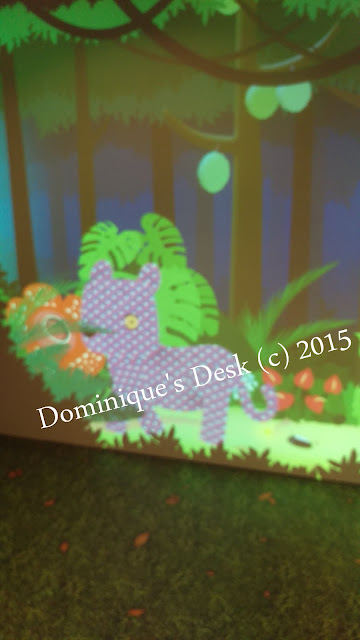 It’s really cool what digital media is able to achieve nowadays. In this room kids were allowed to customise their animal and see it appear on the big screen in front of them.  All three of them had a go on creating their own animal and it was really fun. 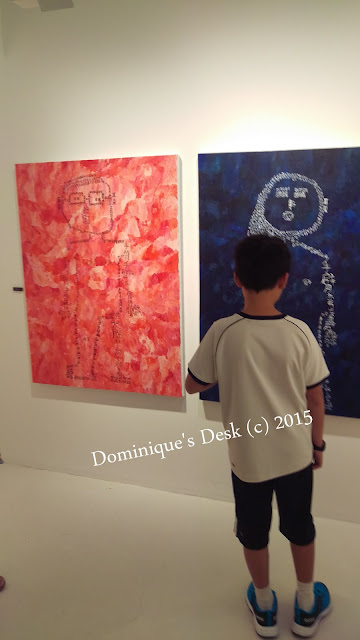 Monkey boy looking at a painting

There were a few other galleries on the upper floors but the kids were not really interested in viewing as it was nearly lunch time .

Those  galleries featured local and contemporary pieces which the kids were unable to appreciate. They are not really into art and would rather be outdoors or doing something that requires physical involvement.  If you have kids that are big into art then it’s certainly a place more suitable for them.

Disclaimer: We visited the place as it was free admission during this Opening period and I wanted the kids to have a better understanding about our local art scene. However having not really enjoyed our experience there I will not be bringing the kids there again in the near future especially since most of the galleries will be chargeable from next week onwards.