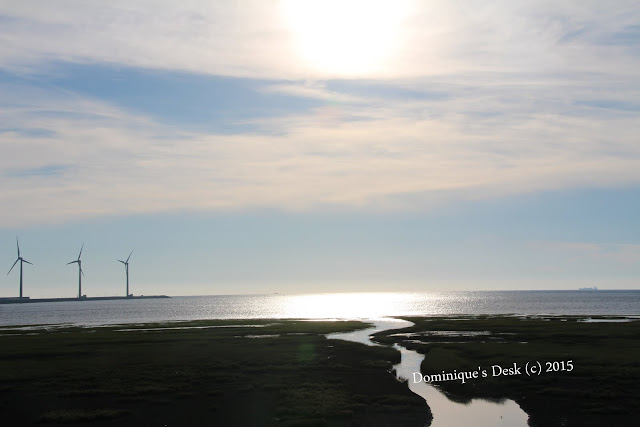 Last week we brought the kids to Gao Mei Wetlands  at Taichung, Taiwan. It is my 2nd visit to the Wetlands as I previously visited the place  with R when I was there in April. This time around we brought the whole family there to enjoy the scenery  and watch the sunset. 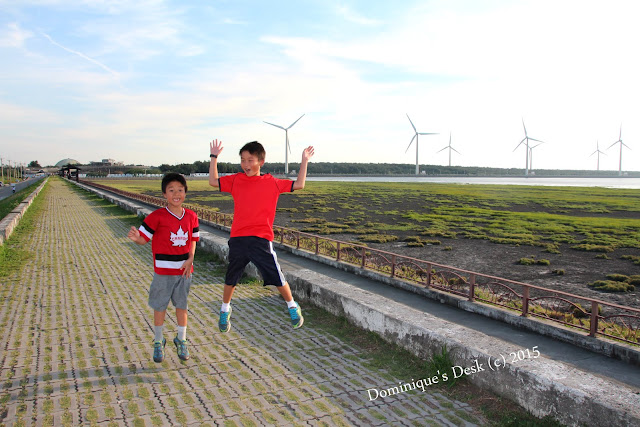 The boys doing a jump shot for the camera

The kids were happy to go crab and mud skipper spotting that afternoon and were looking forward to playing a round of  ” fastest eyes” to see how many sea creatures they could spot on the way. 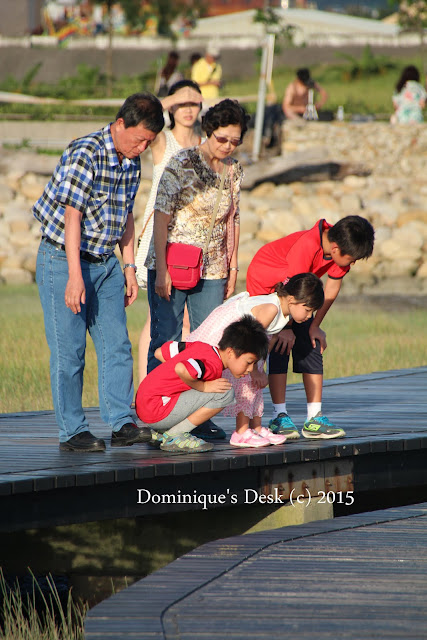 The kids looking down from the boardwalk

They were fascinated to see mud skippers flipping around on the surface below the boardwalk.  I didn’t take a picture of the mud skipper as it was the same color as the greyish mud it was in. 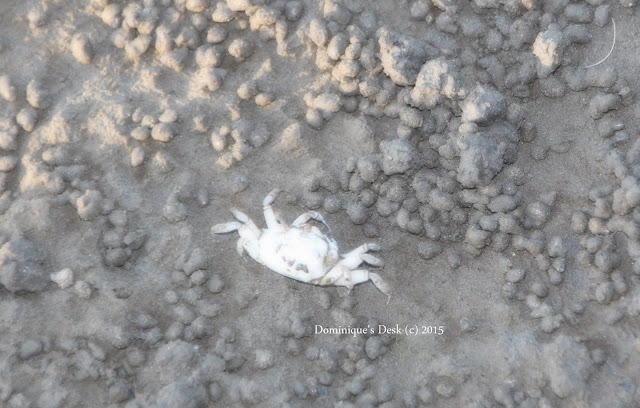 I took pictures of the tiny crabs instead. This time we saw more female then male crabs around. 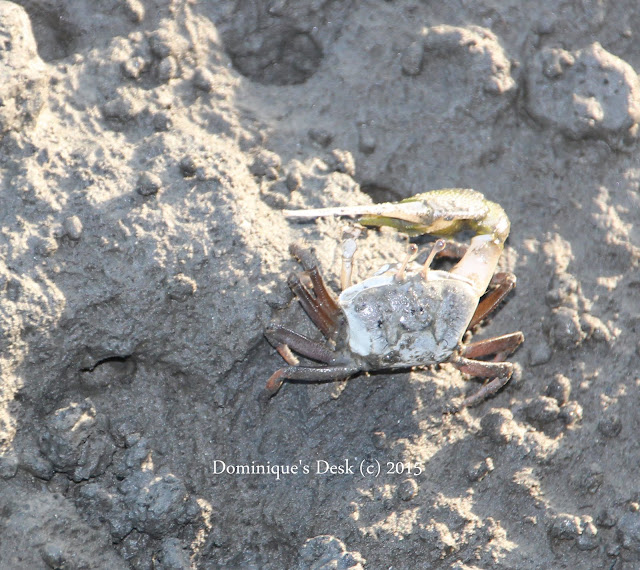 I guess that it is mating season at the moment as we were treated to a live crab fight while walking along the boardwalk. 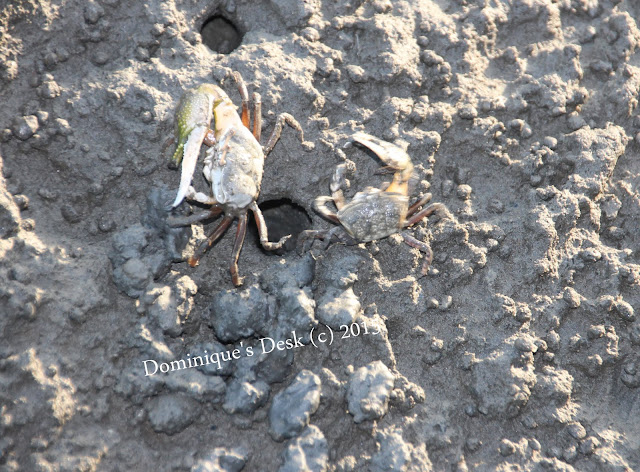 Two crabs sparing against each other

It was really interesting watching the two crabs having a go at each other. They were chasing each other and planting jabs at one another. Most probably there was a potential mate waiting  at a distance for the victor of this fight. 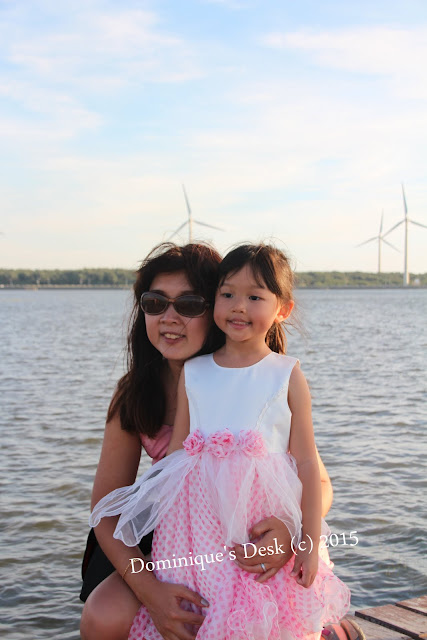 Tiger Girl and me posing for a photo

The weather was really nice. It wasn’t as cold and there was a slight breeze. 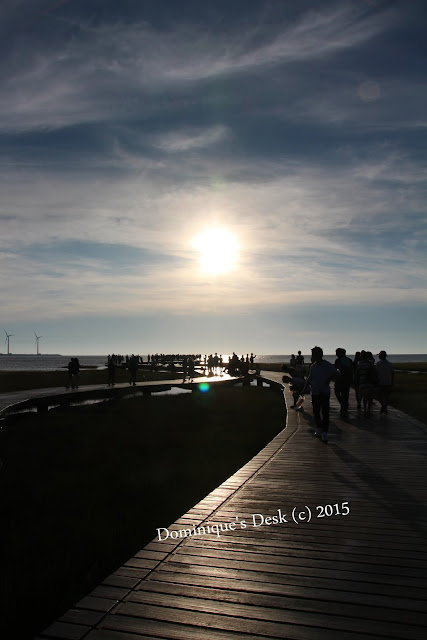 A capture of the sun while walking on the boardwalk

It was high tide when we were at the wetlands so we didn’t see anyone going down to have a walk  this time. 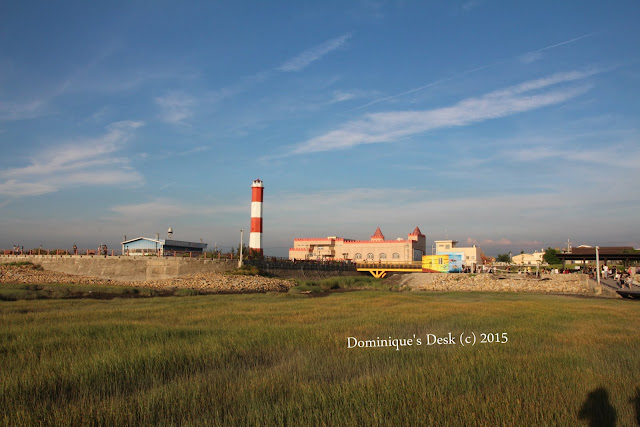 The view we had while walking back to the carpark

Gao Mei Wetlands is certainly a lovely place to visit. A great place to soak in the scenery while watching the sunset.

Have you been sightseeing lately?

What we have been Eating Lately Writer’s Workshop: Enhancing Yourself through Listening