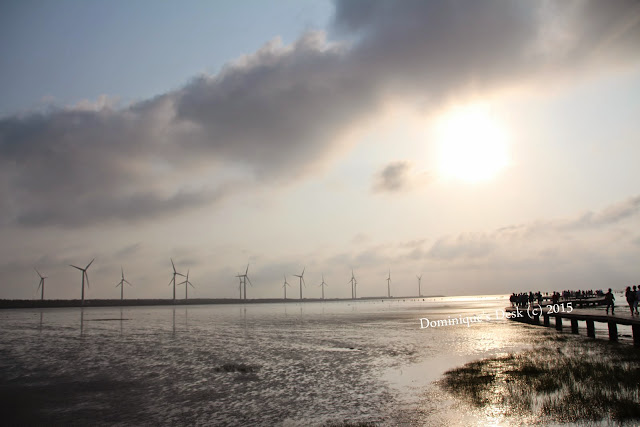 It was a magical evening for me at Gaomei Wetlands. Situated in  QingShui (清水) District of TaiChung (台中) it took about a 20 min drive from Tai Chung city. 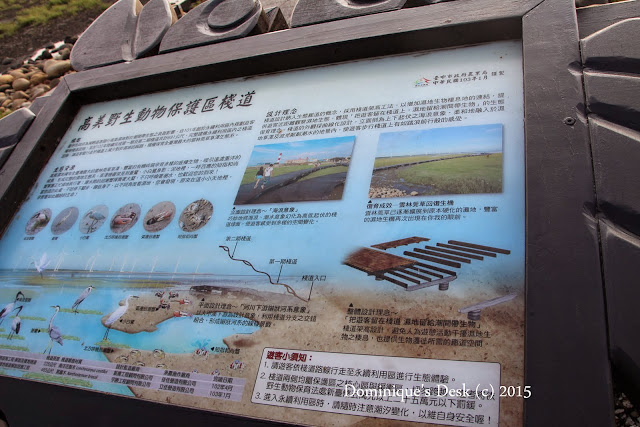 The information board at the start of the boardwalk

It was extremely windy at the wetlands.  The wind turbines which were situated along a water break were  constantly turning and generating electricity. 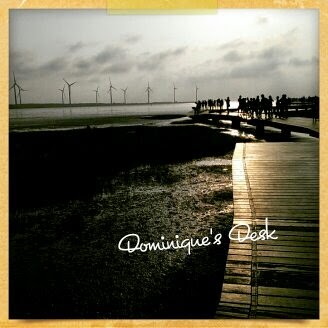 R and I took a long slow walk out on the wooden walkway. The winds grew increasingly stronger as we ventured out towards the sea. 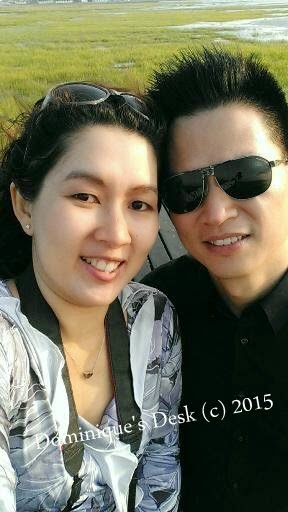 A wefie of R and me

The wind made it extremely cold and I wished that I had taken my jacket along instead of leaving it in the car. My hands were icy cold after we returned from the walk. 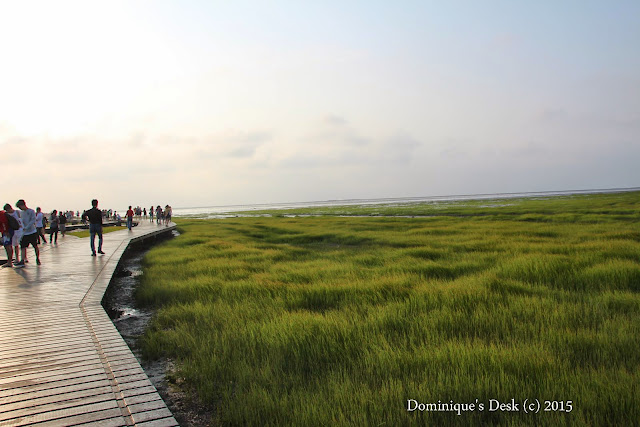 The right side of the walkway

Two dramatically different scenes unfolded before me while venturing out on the walkway. To the right I could see a sea of lush green grass which was vibrating in the wind. 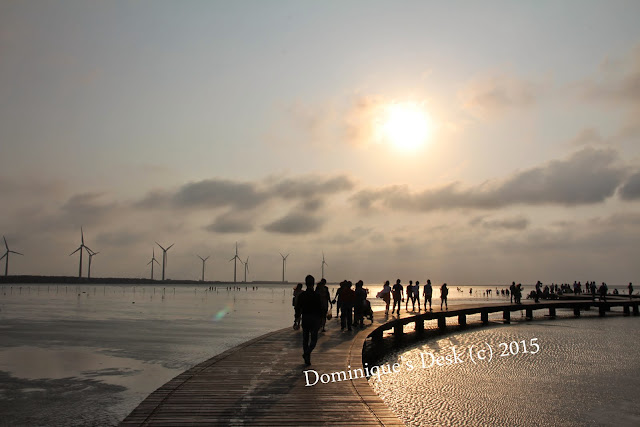 The view on the left side of the walkway

On the left by stark contrast was the muddy flats of the wetland where if one looked carefully they would be able to spot the tiny inhabitants. 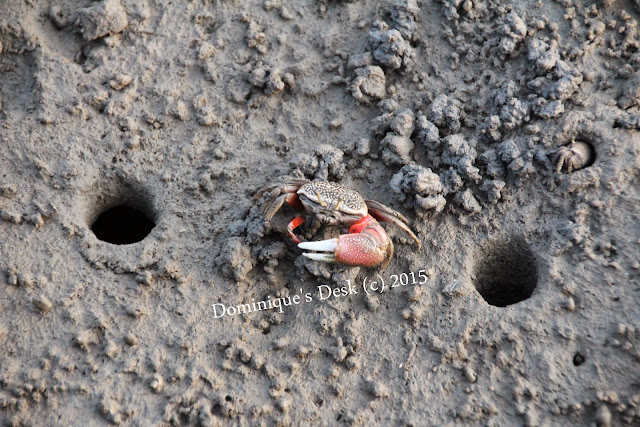 The one big claw  fiddler crab

The tiny inhabitants which I am referring to are the fiddler crabs.   They are really unusual as they have an extremely large claw while most crabs which I have seen have claws of the same size. 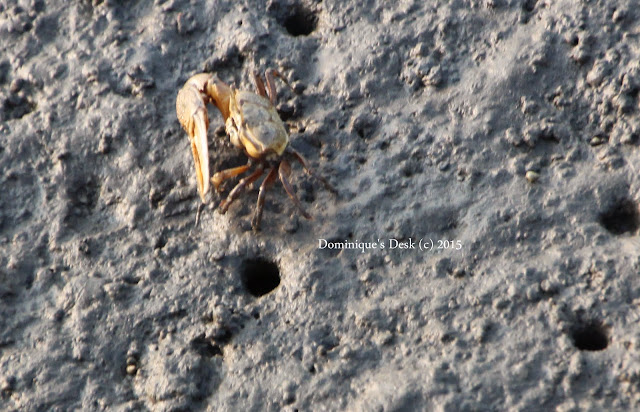 Another variety of the fiddler crab

It was really interesting seeing these crabs scuttling along the wetland.  Do you know that only the males have the gigantic  cheliped (Claw).  He waves the “halberd” to attract the females and expel the other males. The female uses two tiny chelipeds to feed. 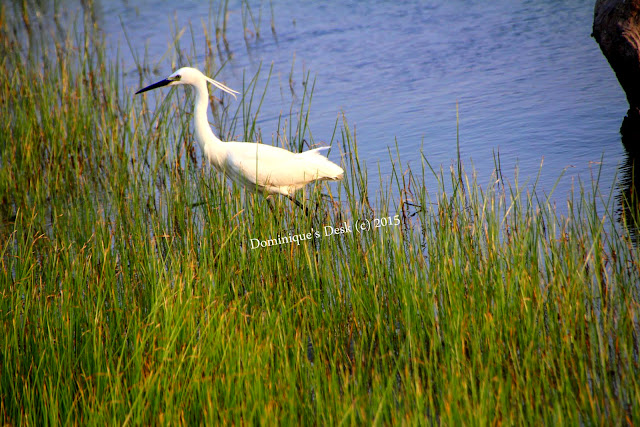 Beside crabs we also saw this crane which seems to be fishing. It was  alone and kept lowering it’s head in the water periodically. 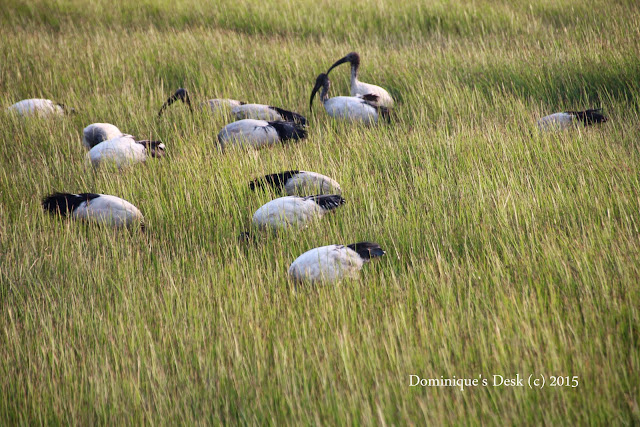 A flock of birds

I couldn’t get a better close up of this flock of birds as they were rather far away from the  walkway. They too seem to be looking for food. 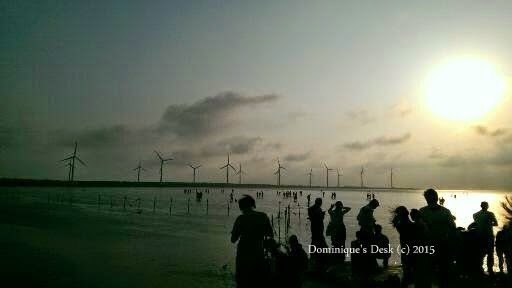 The crowd admiring the scenery

There were many people who went down to walk in the mud at the wetlands. R and I gave it a miss as we didn’t bring slippers and I didn’t fancy sinking my feet into the squishy mud. 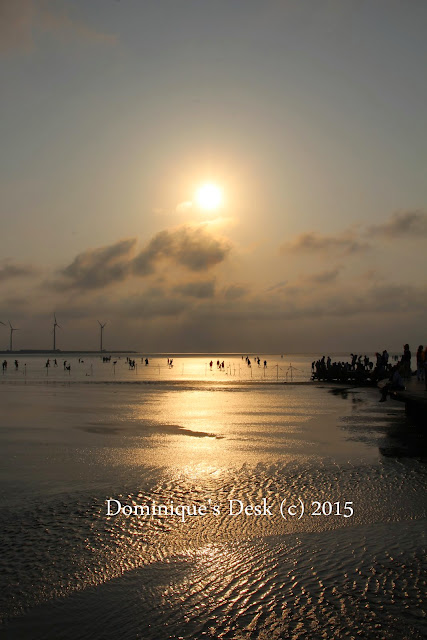 Capturing the sun and sea

We waited to see the sun set and it touch the horizon but unfortunately we were unable to see that scene as  it was too cloudy that day.  The sun got covered by the clouds as it set.  Maybe another time if I do get to visit that place again.

Grace for the Imperfect Mom Highlights of May 2015