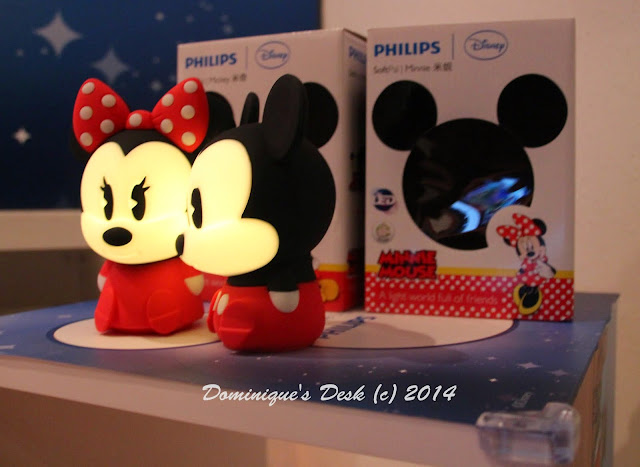 Night time can be a scary time for a little child. Everything is so dark and it becomes hard to see.  Insecurities start to surface and your little one starts insisting that she shadows your every move so that she is not left alone.

I have had a night light for the boys in their room since they were 3 years old  .With a night light in the room their fears  of the dark can be allay as the room is not pitch dark. It also makes it easy for them to see when they need to leave the room to visit the toilet at night without waking  each other  up by switching on the light. 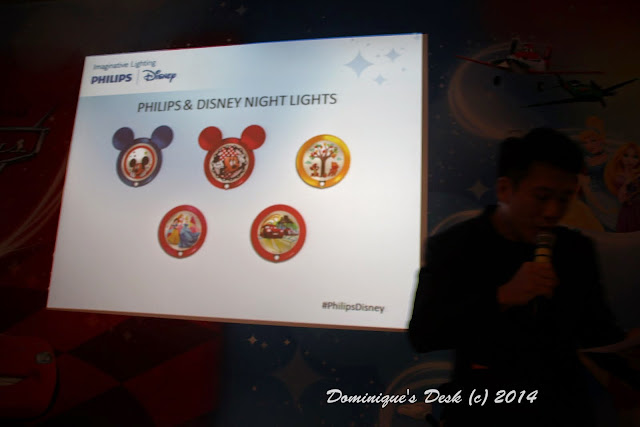 The presenter introducing the various nightlights to us.

Last month Tiger girl and I attend the launch of Philips new range of Disney inspired night lights. It was our first Slumber party invitation.   We were bowled over by the cuteness of the  lights. 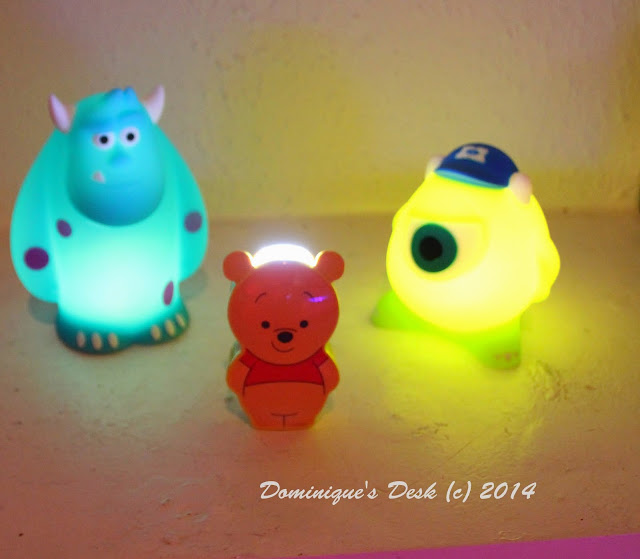 Tiger girl was attracted to their SoftPal lights as they look so fuzzy and cuddly.  Made of silicon the  BPA free lights are safe and soft to touch.  It doesn’t even feel hot after having it lit up and in your hands for more then 10 minutes. 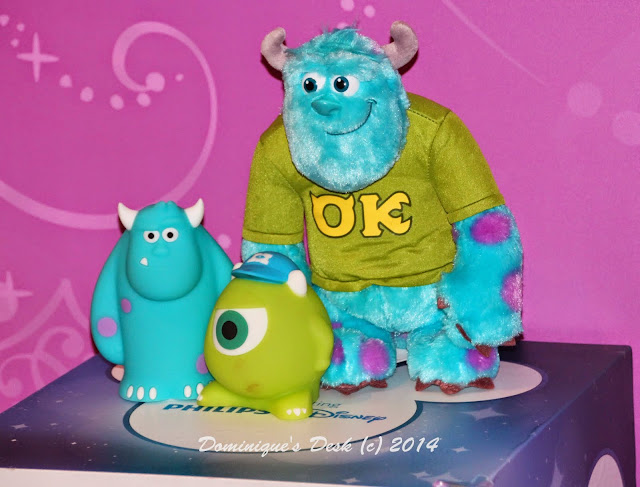 The SoftPal lights look so inviting even when they are not lit. Don’t you think so? 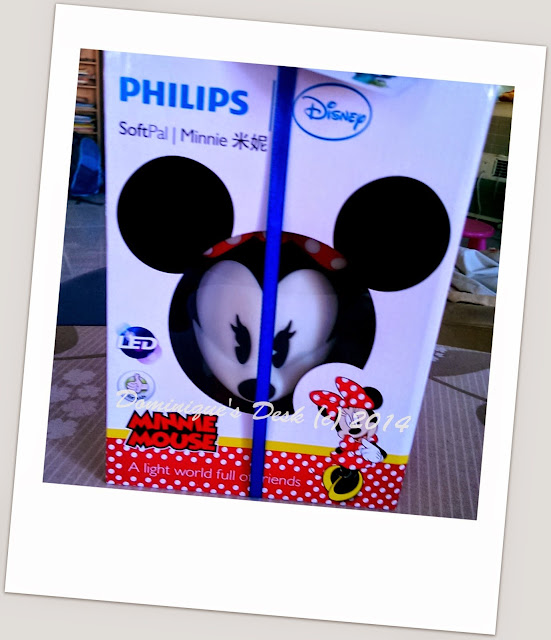 Tiger girl was all smiles when she saw this package which was delivered last week.  A Minnie Mouse SoftPal Light. Priced at $72.90 this was the night light she was eyeing since she spotted it at the product launch. 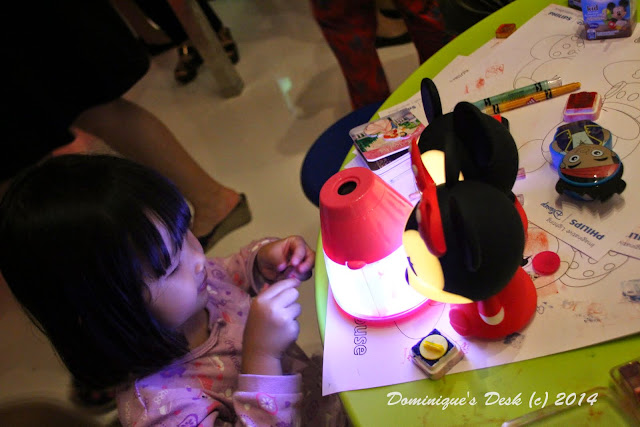 Tiger girl playing with the night lights at the product launch

Being a big Disney fan she is well versed with the characters from the shows shown on the channel Disney Junior. Mickey Mouse clubhouse and Jake and the Neverland Pirates are among her favourite cartoons. 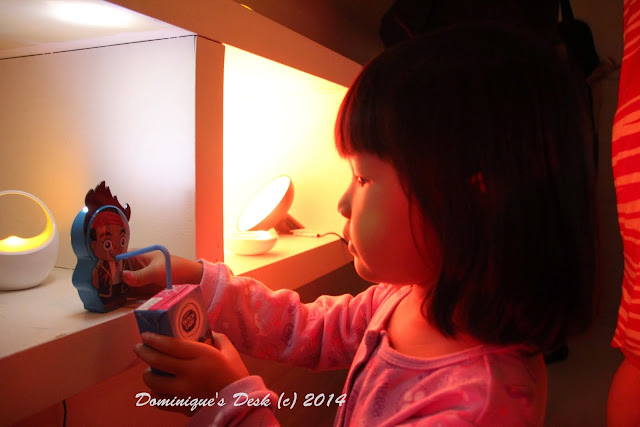 After un-boxing the  night light I had it charged so that Tiger girl could start using it that night. 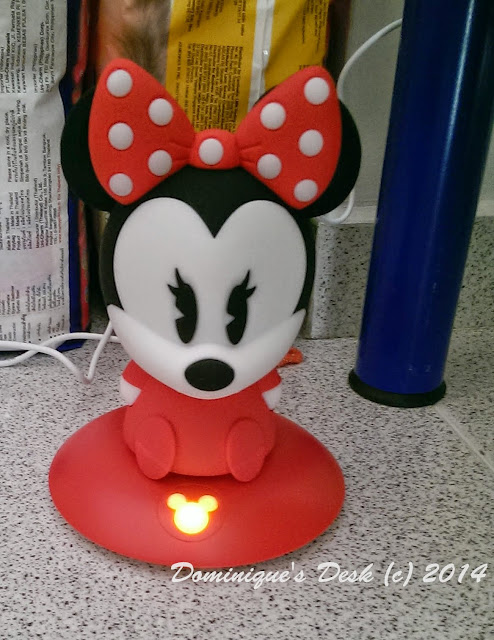 Minnie Mouse being charged on it charger base

It was really easy to  get it charged and Tiger girl could do it herself. All she had to do was to switch on the plug and press the button on the base and the night light would start charging. 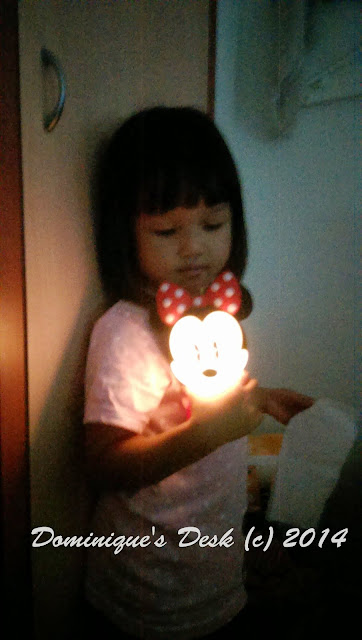 Tiger girl, at three years old, is still far from sleeping independently.  She needs me to put her to bed and if given the chance would rather sleep in my bed then hers. 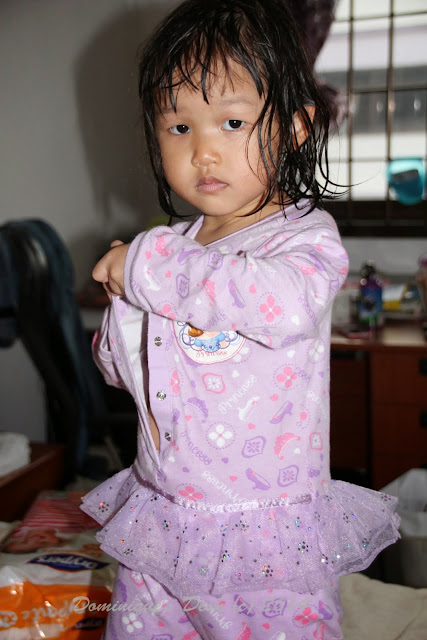 Tiger girl putting on her pyjamas

With Minnie mouse as her new bed pal she was more eager to start on our nightly bedtime routine .  She couldn’t wait to get into bed and read  her bedtime story. 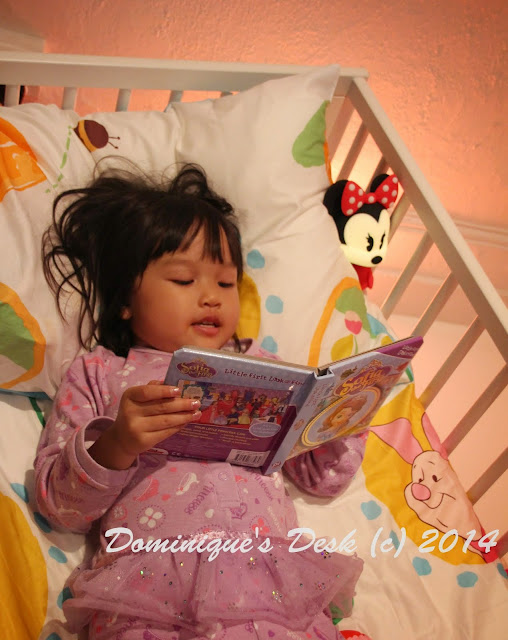 Tiger girl all cozy in bed reading with Minnie Mouse

As expected she chose her favourite book on Sofia the Princess for me to read to her before  she fell asleep. With Minnie beside her she feels safe and has been sleeping through the night better.

I too get a better night sleep as she has all but stopped coming back into my room in the middle of the night to sneak into my bed. I’m crossing my hands that this improved sleeping pattern continues. *Finger’s Crossed!!*

Disclaimer: Products for review were provided by Philips.  The opinions expressed herein are those of the author and are not indicative of the opinions of Philips .

Originally posted on Dominique’s Desk. All opinions expressed on this website come straight from Dominique unless otherwise noted. This post has Compensation Levels of 13 . Please visit Dominique’s  Disclosure page for more information.

#Selca with the kids Being Sane this Summer